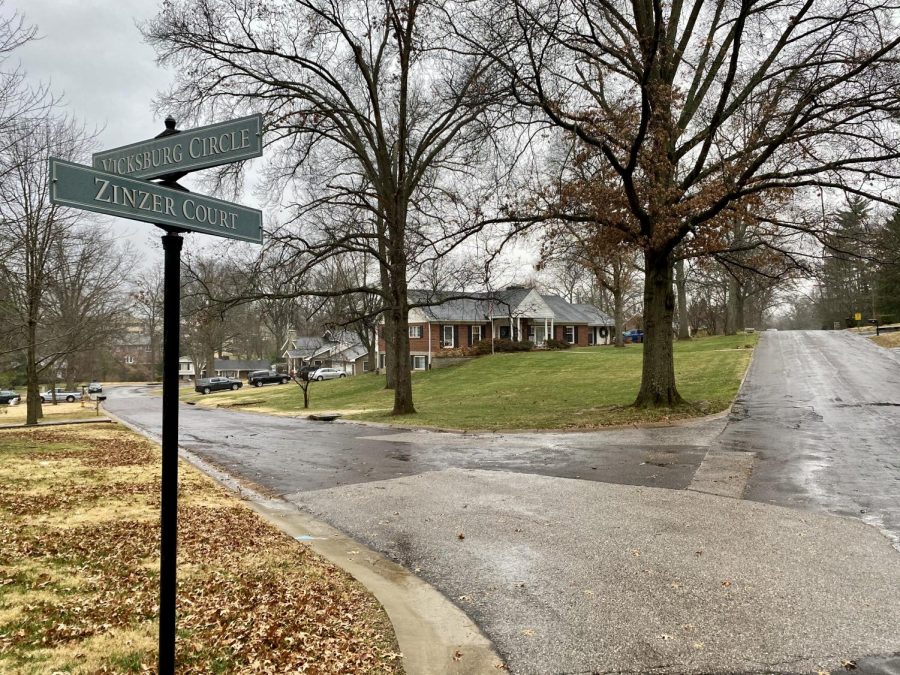 Some residents in Grantwood Village are asking the village to do more to address drivers they say are speeding on Zinzer Court and Vicksburg Circle.

During villagers’ comments at the Board of Trustees meeting last week, several residents who live off those streets told trustees that speeding continues to be an issue.

The citizens said they’ve been reporting speeders to Grantwood Village Officer Emir Hadzic of the St. Louis County Police Department, but they continue to see the problem even after Hadzic spends time clocking speeders.

“I know that Emir has done a lot of great work sitting there, spending a lot of time on it and trying his best and I know he’s had some success but we do continue to have an issue,” said Zinzer Court resident Kendra Larson. “We try to stop people on our own but we aren’t very successful, but it is a problem. We do have repeat offenders and we’ve been letting Emir know.”

“It remains unresolved and it’s so bad, you can’t even identify the cars. We’re also home all the time right now because of COVID so it’s extremely noticeable when people are zooming by,” Higgins said. “Thank goodness it was 27 (degrees) today because the kids aren’t outside when it’s that cold, but that’s my big fear with the children being home with COVID.”

Offenders are a mixture of residents and visitors, said Higgins and Hadzic.

“One is a teenager that lives on Vicksburg and has friends that visit frequently,” said Higgins. “I would love to set up a camera and identify the cars, but I don’t have that technology, because I would love to be able to catch them and have some license plate number to send in. I know that some of them are going so fast you likely wouldn’t be able to get that.”

The speed limit on Zinzer is 20 mph, and Hadzic said that while lowering the speed limit would probably result in more citations, it would do little to deter the actual act of speeding.

“The thing is, it’s such a low speed limit that lowering it even further — I think that’s just going to bring more violations. … Then again, when I’m there, they can see me for miles,” said Hadzic. “The cars that I’ve noticed speeding are generally five above, not much faster than that. … I don’t think it’s going to resolve itself because you know, you gotta deal with human nature here.”

The village has had a speed display on order with the St. Louis County Department of Transportation for months, but the display os in need of repairs by the county before it could be used, the officer added.

“Is it possible we can get barricades over there? … I know the village, years ago when I first moved in, we used to have those medical barricades placed,” said board Chairman Kevin Kelso, referring to traffic calming barriers.

“Well, I know Forest Haven (subdivision) has speed bumps which would be great. I know (a resident) made some barricades and she was asked to take them down just by her house,” said Higgins.

“The reason we don’t have those (barriers) in the street — a homeowners’ association can do that but as a municipality, we bring a liability upon ourselves. … We spend a lot of money on street repair to keep the streets clear and safe,” said Public Works Commissioner Mark Kienstra. “We get really into a dubious area when, for any reason, even if it is a well-intended reason … we place an obstruction in the street, when someone hits that and someone’s vehicle gets hurt and someone in the car gets hurt, we will hear from their attorney. … That is an invitation to litigation.”

Kienstra added that installing speed bumps was also ill-advised due to the damage they could cause to asphalt roads.

“We can certainly do that, but … it destroys the pavement both on the approach and on the exit. If we got an asphalt street, the impact of the cars and the trash trucks and the school buses and everything else on those speed bumps will very clearly destroy that pavement and we’ll have a pretty expensive pavement replacement plan on our hands in a couple of years,” Kienstra said. “We have to understand that the cost of maintaining that will divert funds from our normal maintenance. … We have funds to maintain our current infrastructure but we really don’t have funds for new infrastructure.”

“I feel like my children are at risk on Zinzer based on the way people are speeding. … I think we’re just looking for some equity in Grantwood Village in terms of safety,” replied Higgins, pointing out that the Forest Haven subdivision had speed bumps.

Kelso directed Village Clerk Phil Miceli to email the residents on Zinzer to, cost aside, get their opinions on installing speed bumps to see if more people wanted them than the three people attending the meeting, to prevent Grantwood from installing them and taking them out later.

Kelso also instructed Hadzic to be a “little less tolerant” of any speeding on Zinzer and Vicksburg.

“I don’t know what else the village can do except talk to the police and investigate speed bumps and investigate more slow down signs, which I’m sure no one wants all over cluttering up the village,” said Kelso. “I know if my neighbor’s kid was coming out the door and speeding … I’d be over there talking to them. So it also comes to the residents to take a little bit of responsibility too on this.”

“Public safety is our No. 1 priority in Grantwood Village. Public safety in our streets is where we put our money. … We spare no expense for public safety,” added Kienstra. “We just want to be careful that using simple technology like that may or may not solve the issue.”