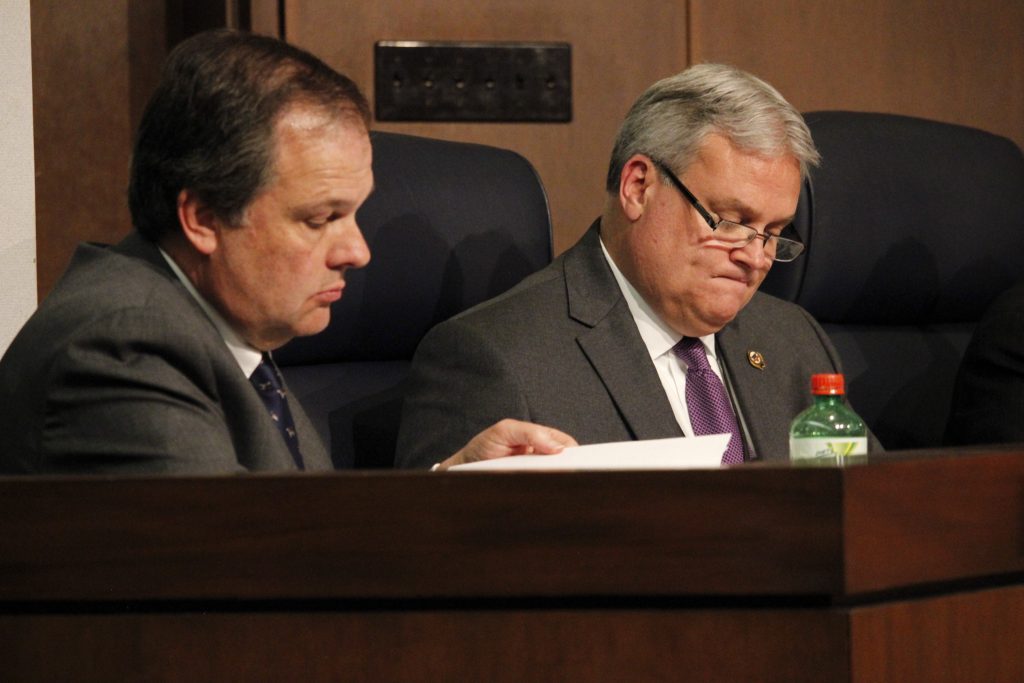 Republican County Council members are seeking to restrict the power of the county executive to issue stay-at-home and public health orders without the consent of the County Council.

Two of the three GOP council members, 3rd District Councilman Tim Fitch, R-Fenton, and 7th District Councilman Mark Harder, R-Ballwin, said they will introduce two bills at the council’s meeting at 6:30 p.m. Tuesday that would place a Charter amendment on the Nov. 3 ballot so voters could decide whether the county executive will remain the sole authority in issuing public-health orders.

Voters will already decide Aug. 4 whether to approve an entirely new Charter recommended by the Charter Commission last year. But that yearlong series of meetings happened before the current COVID-19 pandemic, when the county executive’s sweeping authority to shut down businesses and require residents to stay at home was used for the first time. County Executive Sam Page, who is running for election in the Democratic primary Aug. 4, issued one of the country’s first stay-at-home orders March 20, before similar orders were enacted nearly everywhere in the country or some period of time.

Under the current Charter, the county executive and the Department of Public Health can issue emergency public health orders without review or oversight by the council, and those orders can continue indefinitely in times of a public emergency.

The legislation from Fitch and Harder would allow the county executive and health department to issue emergency orders for 15 days. But after that time limit, a two-thirds majority of the council would have to pass a resolution in order to continue the orders.

“In government, it is very unusual to give one person unchecked power without legislative oversight,” the council members said in a news release. “Nearly all states and localities provide a system of checks and balances on the governor in such emergencies.”

St. Louis County’s stay-at-home order continued for nearly two months, until May 18, and at one time it was classified as an indefinite order. The business shutdown continued at least partially through June 29.