Golf carts allowed on streets in Crestwood alongside cars 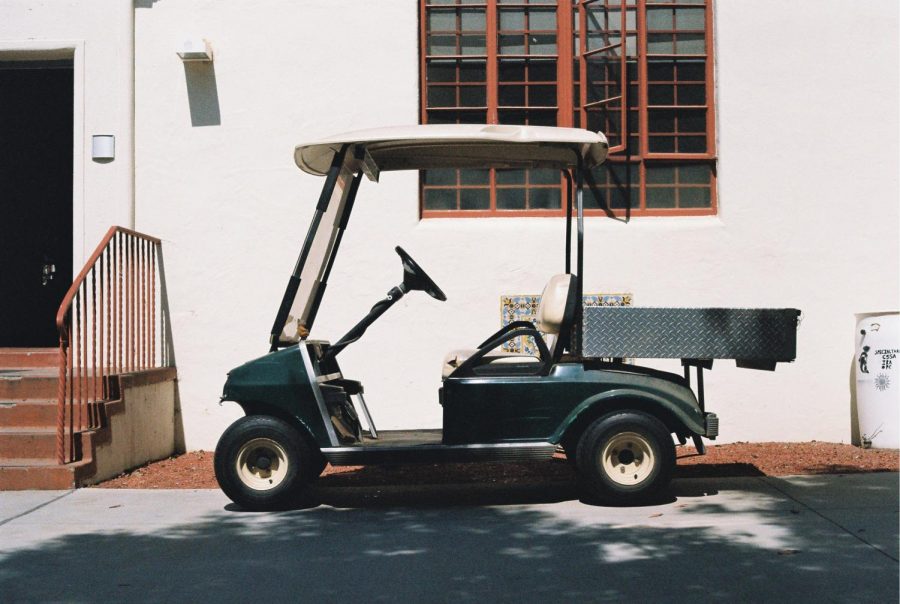 Crestwood is now allowing golf carts and other motorized vehicles on city streets after the Board of Aldermen unanimously adopted an ordinance at its June meeting.

The ordinance and addition to municipal code allows for the operation of low-speed vehicles such as golf carts and motorized skateboards on roads that have posted speed limits of 25 miles per hour or less, and also allows vehicles to cross roads posted at 30 mph or more. But the smaller vehicles cannot operate on sidewalks.

Operators must have a valid driver’s license and insurance and the vehicle must be licensed by the state if state law requires. Drivers and passengers must also wear safety belts that meet federal guidelines, if applicable.

The Public Works Board reviewed other municipalities’ ordinances surrounding the use of golf carts and other low-speed vehicles to come up with the code change.

At the May meeting, City Administrator Kris Simpson said the review came at the request of a Crestwood resident that owns a licensed low-speed vehicle and uses it around the city. Previously, Crestwood city code did not have an ordinance that addressed golf carts and other low-speed vehicles, meaning that it fell back on state statute, which says that municipalities can decide whether to regulate them or not.

“We looked at all the different modes of transportation out there and came up with what’s appropriate, what’s safe and where should they be allowed,” said Simpson. “I felt that it would be appropriate for the Police Board to be involved as well because they are involved in the enforcement aspects of it. … One of the things they are mindful of is the safety of the citizens of Crestwood.”

“I think we’re setting ourselves for too many problems. … It just seems incongruent with public policy and public safety,” said Kennedy. “I don’t see public outcry for the need to have golf carts and low-speed vehicles driving on our streets. Does it help commerce? No. Does it reduce traffic? No. … I guess I’m just really opposed to this ordinance with respect to those two items. I can’t think of any good reason to have these two types of vehicles allowed on city streets. … Am I missing something?”

Mayor Grant Mabie said that he had heard from residents that were happy to see the board reviewing an ordinance to specifically allow golf carts and other low speed vehicles.

“I actually had a couple residents email me pleased that we were going to be allowing golf carts, or at least the ordinance was going to allow them. We obviously don’t touch a golf course in Crestwood, but it is my understanding that some people have them,” said Mabie. “Right or wrong, I’m not judging the hobbies of people, but for some retired residents, it’s kinda a social thing. They hop in their golf cart … and go hang with their buddies. I think it adds to the social aspects of neighborhoods.”

The ordinance was re-introduced for a second time at the board’s June meeting, after city staff amended the ordinance to address concerns raised by the aldermen, including adding a clause that does not allow motorized play vehicles to be “operated on any public roadway, or any other part of a highway or on any bikeway, bicycle path or trail, equestrian trail, or shared-use path.”