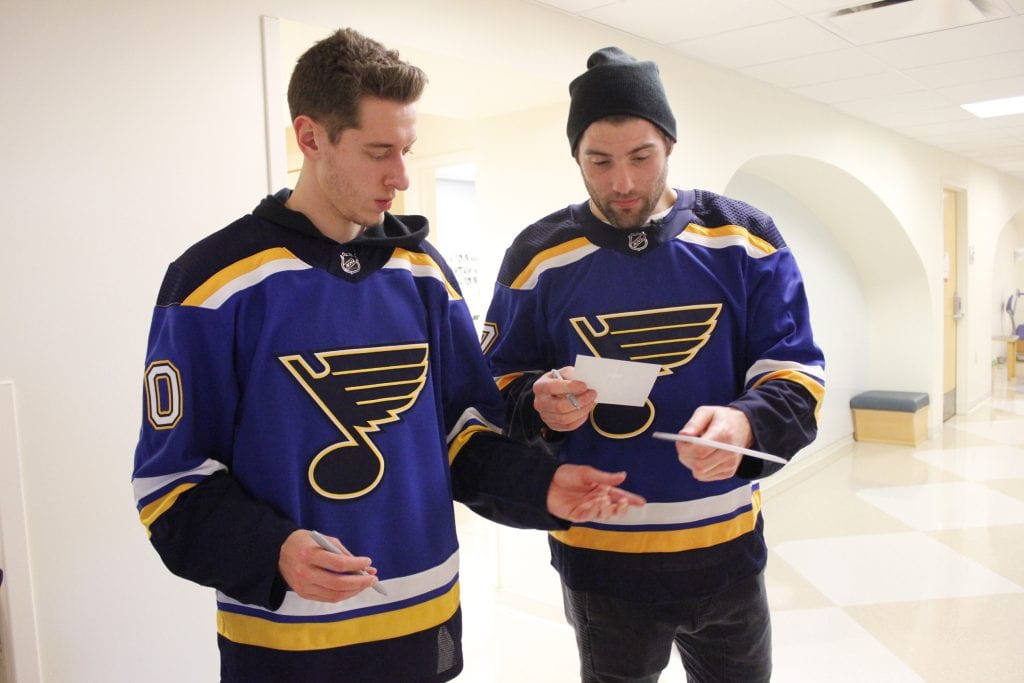 Was The Call the Blues’ good luck charm?

It probably had more to do with Jordan Binnington and Laura Branigan’s “Gloria” than us, but we do know this: The Blues were near the bottom of the league standings when Oakville native Patrick Maroon and unknown rookie goalie Binnington, who at that time had never played a game before, visited Cardinal Glennon Children’s Hospital just before Christmas. The Call’s Erin Achenbach took photos of the players visiting the children, which we ran on the front page along with the Mehlville School District’s “Mehlville Night with the Blues” to honor Maroon.

That issue came out Dec. 28. At the time, the Blues were ranked last in the league. A week later, Binnington had his first start in the NHL, the players adopted “Gloria” as their theme song, and they started winning. At one point they set a franchise record with 11 games won in a row. They developed a now-famous relationship with another young patient, Laila Anderson.

They kept winning. And now they need only one more win before they bring the Stanley Cup to St. Louis. And it can happen in a home game, Stanley Cup Finals Game 6 Sunday night.

(And did we mention that our editor’s name is Gloria? We don’t think it’s a coincidence that Maroon is from Oakville and the Oakville Call newspaper editor just happens to be named Gloria. But that’s just us.)

In any case, here’s a look at Maroon and Binnington’s visit to Cardinal Glennon and the children they met there, who are fighting a different type of battle.