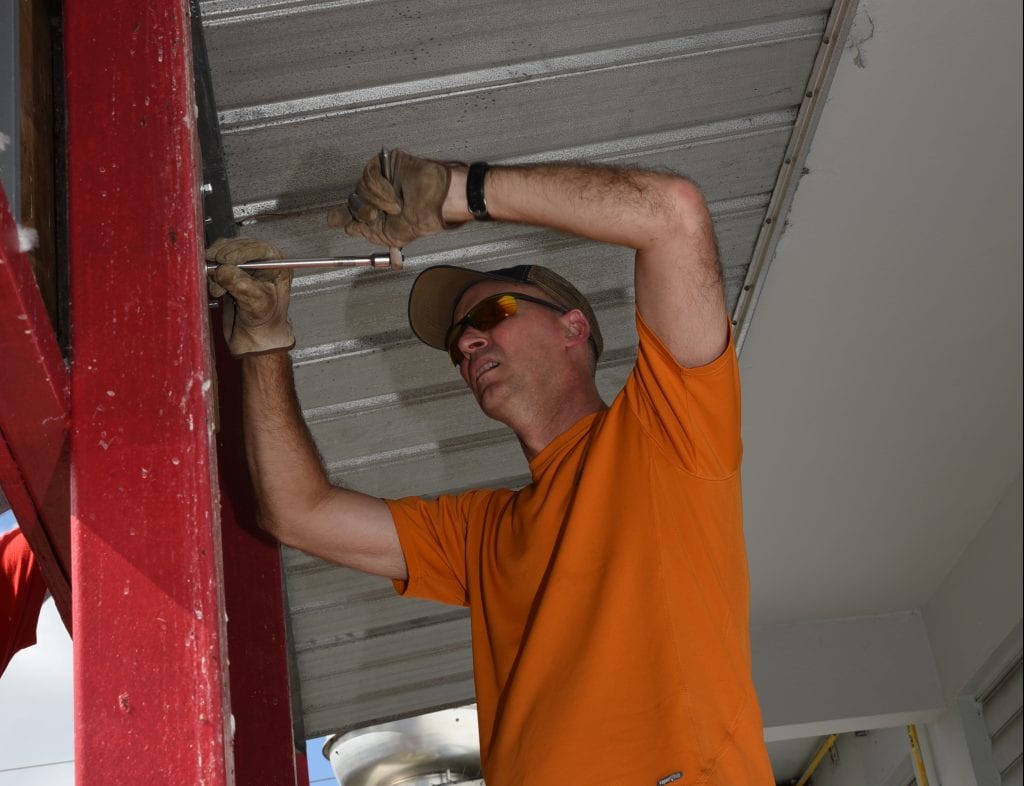 Mehlville Superintendent Chris Gaines is making his way across the Western Hemisphere as part of his duties as the president of the largest national superintendents’ association, including a trip to Ecuador to see schools and rebuilding a community school in Puerto Rico.

Gaines is halfway through his term serving as the president of The School Superintendents’ Association, or AASA, which began in July and ends June 30.

The Mehlville superintendent traveled last month to Puerto Rico as part of the “Lifetouch Memory Mission,” an initiative of the school photography company to help rebuild a private school that was damaged during Hurricane Maria.

And he attended a cultural exchange to Ecuador in October that allowed him and superintendents from across the United States to visit schools throughout that country.

All his costs for those trips are paid by AASA, which is also giving Mehlville $50,000 this year to make up for Gaines taking more trips than usual due to his time as president.

“It was a great trip,” Gaines said of the trip to rebuild a school near San Juan, Puerto Rico, that he took in January. “I worked my butt off.”

Along with 44 other educators, Gaines helped rebuild Colegio Bautista, a 120-student K-9 private school in Juncos, Puerto Rico, from Jan. 21 to 28 as part of the 16th annual Lifetouch Memory Mission. The AASA president traditionally attends every year. The trips have rebuilt schools around the world.

The school was ravaged by the storm in 2017, with standing water in the classrooms, sections of the roof completely gone, windows broken and electrical cords tangled like spaghetti. Trees were uprooted and fences gone. The small playground and trampoline were turned completely upside down.

Gaines and his group had four projects to help rebuild the school: Painting, repairing or rebuilding a fence that had fallen down around the school property, and fixing another covered with grass that had been blown down in high winds.

At one point, Gaines went “live” on the Lifetouch Facebook page, up on a ladder and holding on to a rafter of an unfinished part of the building.

Asked what he had spent the majority of his time doing, Gaines said, “Swinging an ax.”

The group had to take down an old dead tree, he said, but didn’t have any tools other than axes. So five to 10 members of the group, even some who had never picked up an ax before, swung for hours to get the job done.

“It was hard as concrete, it was death by a thousand chips,” Gaines said. “They say how do you eat an elephant? One bite at a time. We finally got it done, a little bit at a time.”

The group even plugged away beyond their intended tasks, helping to work on a playground and other projects that weren’t planned.

Working outside for so many days in a row, Gaines also figured out that he’s “gone soft” since he started as Mehlville superintendent.

He said he was “enamored” with the outdoor campuses and classrooms at schools on the island, but noted that he couldn’t really translate that to Mehlville due to St. Louis weather.

Some of the students even picked up sledgehammers to help the visiting educators, digging out fence posts to help rebuild their own school.

“I’m really amazed at how everyone digs in and gives it their best,” Gaines said. “If you’re watching this and you’ve ever thought about going on a Lifetouch memory mission, it’s just an amazing experience and you get to meet some awesome people from all around the country.”