Mehlville Superintendent Gaines: Getting back in school depends on you 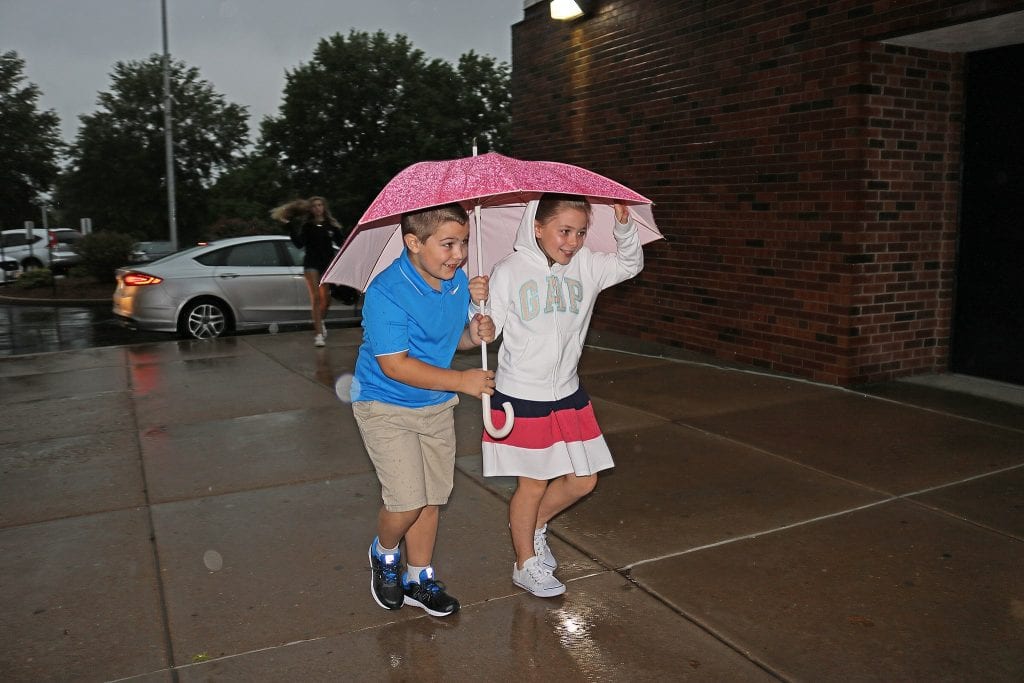 The Mehlville School District will be kicking off school this week with an all-virtual start due to rising COVID-19 cases in South County, and Superintendent Chris Gaines was straightforward about how the school district can open to in-person classes this fall: That decision will depend on actions taken by the residents of the district, not the school district itself.

Gaines noted that while dropping his son, Zack, at a meeting the week before, he ran a few errands in the area and “I drove by a number of places that are small and they were absolutely packed with people inside ‘em not wearing masks. You see all these reports of these social gatherings where the virus spreads. We squandered the shutdown in the spring, and our parents and kids are paying the price for not being able to go back to school this fall.”

The St. Louis Metropolitan Pandemic Task Force singled out South County — and specifically the Oakville 63129 and Concord 63128 ZIP codes where most Mehlville students live — as a coronavirus hotspot Aug. 10. The trend upward has continued in the weeks since even after the task force’s warning that cases were rising in South County. The number of cases in the 63129, 63128 and 63123 ZIP codes are double or triple the case numbers now seen in every other ZIP code in the county.

It’s not entirely clear why the number of cases is spiking in South County at this point in time, but Mehlville Fire Protection District Chief Brian Hendricks said he was happy to see that County Executive Sam Page recommended that all school districts go virtual to start the school year. Every South County district is starting all-virtual except Lindbergh Schools, which is going to start in person with K-3. Lindbergh shares the 63128 ZIP code with Mehlville but has lower cases in the 63126 and 63127 ZIP codes of Crestwood and Sunset Hills. Sappington and Fenton, however, are both in Lindbergh and were also singled out as a top hotspot alongside Oakville.

One of the difficulties of trying to bring children back to school is that while the district has control over its own buildings, it can’t dictate where students and their parents go outside of school hours.

“We have zero say in that,” said Board of Education member Tori Behlke. “We can encourage what we want to, but freedom is freedom.”

But Behlke also brought up the trend. spurred by all-virtual learning, of parents paying for their children to come together in learning pods, day care or virtual learning camps at the South County YMCA and similar places to do their schoolwork with adult supervision that is not their parents. That also seems counterintuitive to getting past the virus, she noted.

“Parents don’t have means to keep their kids at home, which is what they’re asking to do so we don’t transmit and get kids in school, but now we’re trying to find ways for kids to congregate in places and be with each other — shouldn’t we just figure out and keep pushing to get them in school and have them be safe?” Behlke asked. “It still poses the same problem if we find congregated spaces, the Y — now we’ve got kids in the same kind of situation, but we don’t have them in our buildings that our community and our taxpayers pay for. I’m having a really hard time with that.”

Board member Jean Pretto responded, “The only dilemma is how can we justify putting them in a room with other people now when the data shows us that we’re in worse shape than we were when we closed the schools in March?”

Board President Kevin Schartner said that national data he examined indicated that only 14 percent of parents would be looking at day care-type situations for their children. And he believes that some of those camp-style situations will space children apart in gyms rather than in tight classrooms, and possibly separated by Plexiglas barriers.

“It’s also a lot less kids that could be in a much bigger area,” Schartner said. “It’s not teaching them so much as it is, ‘Hey, here’s an area where you’ve got a desk, put your stuff here and you’ll learn here,’ but it won’t be the interaction we have in a classroom.”

“Gaines has repeatedly said in the runup to the school year that schools, especially Mehlville’s schools, were not built for social distancing. They were built to fit as many children efficiently into a single space as possible.

But if Mehlville was to try to create the larger gym-style setup, Schartner said he believes that’s where the state and federal governments would have to step in to provide funding. The district delayed its first bond issue for facilities in decades due to the uncertainty around the pandemic.

Most of the board agreed that leadership was lacking at the state and federal levels, or school districts would never have been put in this position in the first place.

“What we need is another shutdown and get rid of it — but that’s not going to happen either,” Pretto said.

Even this summer, before students are in the buildings, several Mehlville staff members have tested positive.

If school starts in buildings, the district will implement a screening test and temperature checks. But board member Lisa Messmer said at the July 16 meeting that those were not foolproof methods of keeping the virus out. She is a nurse at Nazareth Living Senior Center in Oakville, which experienced an outbreak of more than 70 people in April and May despite following all recommended precautions. The employee who brought the virus in was asymptomatic and had been screened.

“One person got it and the next thing you know we were up to over 60 people with it,” Messmer said. “I want people to be aware that all the screening in the world is not going to necessarily prevent it. It’s going to get into one of our buildings, it’s not if, it’s when. And there needs to be a plan of action. … Because it will happen.”