Gaines’ contract may be revisited by school board 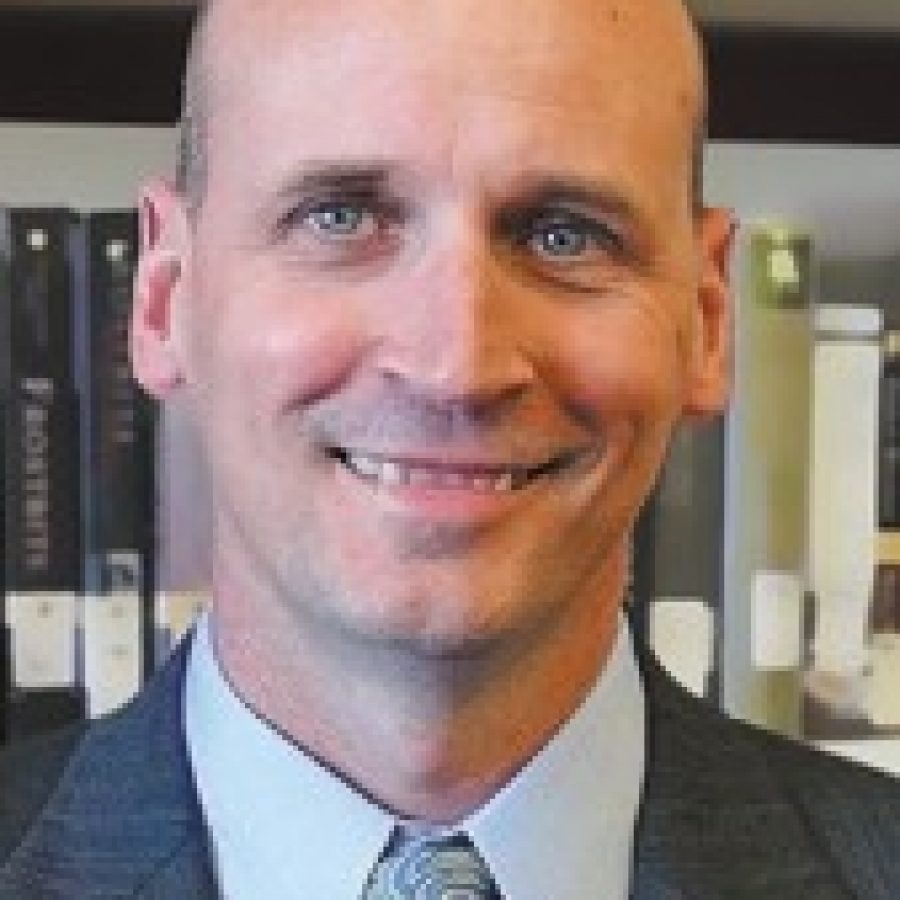 The Mehlville Board of Education may vote again on incoming Superintendent Chris Gaines’ contract after a mix-up over whether the contract for the new superintendent includes district-paid health insurance for his family.

“There’s been some confusion regarding the superintendent contract, and we will be revisiting this issue,” board President Venki Palamand told the Call, with another vote possible as soon as May 7.

The three-year contract the board voted 6-1 to approve on Feb. 19 called for a $185,000 salary for current Wright City Superintendent Gaines. Gaines, 44, plans to move to Mehlville.

The contract adds $1,000 in salary for each month he lives in the district for total annual compensation of $197,000.

The board authorized former board President Ron Fedorchak, a technical sales agent, to negotiate a contract with Gaines up to $200,000.

During those negotiations, the district also agreed to pay for health insurance for Gaines’ wife and 10-year-old son, a benefit Gaines receives in Wright City that could bring his annual compensation in Mehlville up to $209,000.

As Wright City superintendent, Gaines makes $144,664 this year and was set to be paid $153,344 for the 2015-2016 school year, which would have been his eighth year in the 1,500-student district. Under Gaines’ contract terms in Wright City, the district pays for health insurance for his family or he receives $23,345 in extra salary.

Gaines was unavailable for comment before the Call’s press deadline.

If the board votes again on Gaines’ contract, new members Lisa Dorsey and Jamey Murphy will get to weigh in on his hiring. They joined the board April 9, replacing Fedorchak and Murphy’s sister Katy Eardley.

With the departure of Eardley, only three board members remain who initially voted to hire Gaines in a Feb. 5 closed session on a split 4-3 vote, with Fedorchak, Palamand and Lori Trakas dissenting.

Although Fedorchak initially preferred another finalist, he became Gaines’ biggest public supporter in the months since the decision.

“We made Chris an offer to take him away from his home, and I think the community is going to be extremely pleased with the work that he does,” Fedorchak said Feb. 19. “The more I’ve gotten to review his record, the more you know this is the right guy.”

Earlier that night, Fedorchak noted that during the search the community emphasized it wants a superintendent who will stick around, live in the community and improve academic performance, all of which match Gaines, who in seven years in Wright City pulled it up from one of the worst-performing districts to the top 25 percent in Missouri.

“We heard over and over again from the community that we needed someone with a track record of improving student achievement, and we got him,” Fedorchak said. “He’s also a distinguished (educational) representative in Missouri and a nationwide advocate for public education, a role we hope he continues. He’s worked in fiscally conservative communities, and he’s balanced budgets while doing all the successful educational work. He was ready for his next challenge, and that’s Mehlville.”

During the focus group for residents leading up to the $4 million in budget cuts the board approved last week, the residents unanimously agreed that they were puzzled by the living allowance.

Fedorchak told the Call that he looked for a way to build an incentive into Gaines’ salary while giving him competitive pay that will keep him in the district for the next decade. Living here will also give Gaines a stake in the budget cuts, he added.

“I was trying to be a little bit creative with the stipend for living in the district,” the then-board president said. “If he decides to cut something or put a focus on cutting fine arts or sports or other extracurriculars, it has an impact on his son — it gives him an incentive, but it doesn’t tie him.”

Although board members knew about the health insurance clause when they voted, the actual contract did not clearly spell it out — and the district’s attorney who wrote the contract and then later rewrote it to include health insurance, Charles Elbert, is now recommending that the board vote again, Palamand said.

In addition, the original contract had three other typos, including leaving out the word “thousand” when stipulating Gaines’ salary so that the contract could be interpreted as employing him for $185, instead of $185,000.

The sole vote against the contract, then-board Secretary Trakas, told the Call when Gaines was hired that she could not support his contract because it included health insurance benefits, but to a layman, the contract did not appear to include that benefit.

In light of the confusion, Elbert rewrote the contract earlier this month to clearly outline that health, dental and vision insurance premiums for Gaines’ wife and son will be paid for, which could add $12,000 to his overall compensation and bring it to $209,000.

Lemay Republican Committeeman Alan Leaderbrand raised the issue of the contract at last week’s board meeting, which Gaines attended.

“It seems like we’re paying him twice,” he said. “Does the district pay the medical, dental and vision insurance costs of other employees of the district? Was this new contract voted on by the whole board? And finally, I thought we had a budget issue. We’re spending way more than what was originally told to the public that the board was going to spend.”

Typically, contracts are signed by the board president and the board secretary. However, Executive Director of Human Resources Mark Catalana included a note that Trakas refused at the April 9 meeting to sign Gaines’ contract since she did not agree that the district should pay for his family’s health insurance benefits.

The board could vote on the new contract at either the May 7 or May 21 meetings, Palamand said, and he expects the board will approve it again.