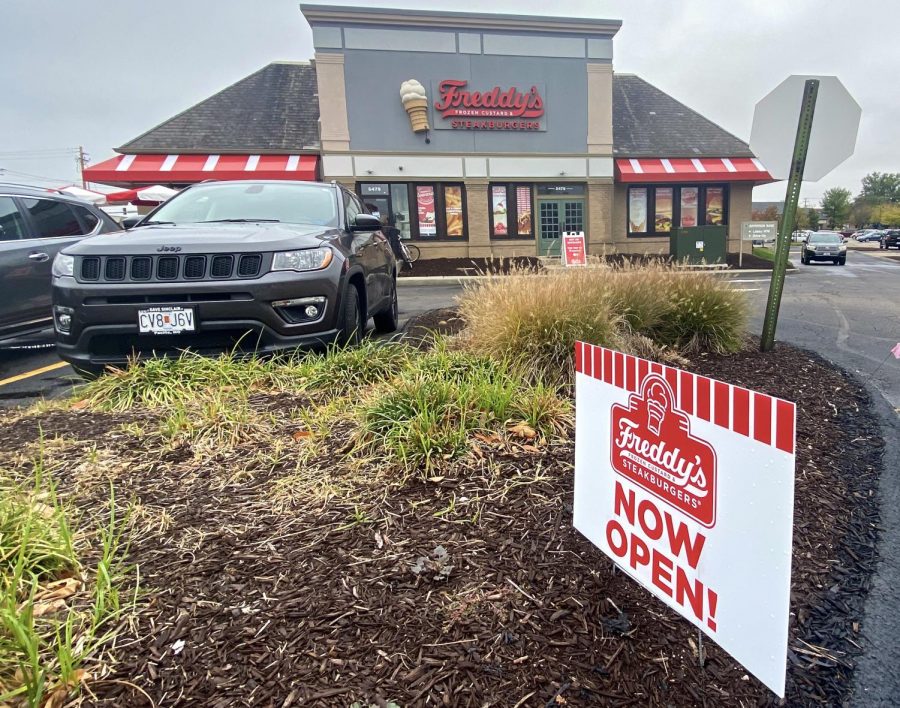 The Freddy's location in South County.

Freddy’s Frozen Custard & Steakburgers, based out of Wichita, Kansas, has opened its first restaurant in South County.

Freddy’s, a fast-casual restaurant known for its steakburgers and custard, opened its doors at 5479 Southfield Center in front of the Schnucks on South Lindbergh Boulevard Oct. 15, and is the second Freddy’s location in St. Louis County. The other Freddy’s is located in Creve Coeur.

“Freddy’s is committed to providing high quality food in a safe environment,” said President and CEO Randy Simon in a press release. “We’re thrilled to enter this dynamic neighborhood and bring craveable food to the surrounding businesses and residents.”

The new South County location is 2,979 square feet and seats 76 guests indoors, when indoor dining is permitted in the county. The restaurant also has additional outdoor seating. Hours of operation are 10:30 a.m. to 10 p.m. Sunday through Thursday, and 10:30 a.m. to 11 p.m. Friday and Saturday.

“As someone who was born and raised in St. Louis, seeing our restaurant presence in the area grow each year is an exciting experience,” said co-founder and Chief Operating Officer Scott Redler. “We’ll continue to uphold the exceptional Freddy’s dining experience with fast, friendly service and cooked-to-order menu items to all of our guests at our newest location near Sappington.”

Freddy’s was founded in 2002 by Redler and Randy, Bill and Freddy Simon. The first location was in Wichita and the chain has now grown to 375 locations across 32 states from the east to west coasts. Freddy’s has been recognized by numerous outlets, including being named No. 1 on Forbes Best Franchises to Buy, QSR Magazine’s 2019 Best Franchise Deals, Entrepreneur’s 2020 Franchise 500 top 100, Franchise Times magazine’s 2020 Fast & Serious top 40.