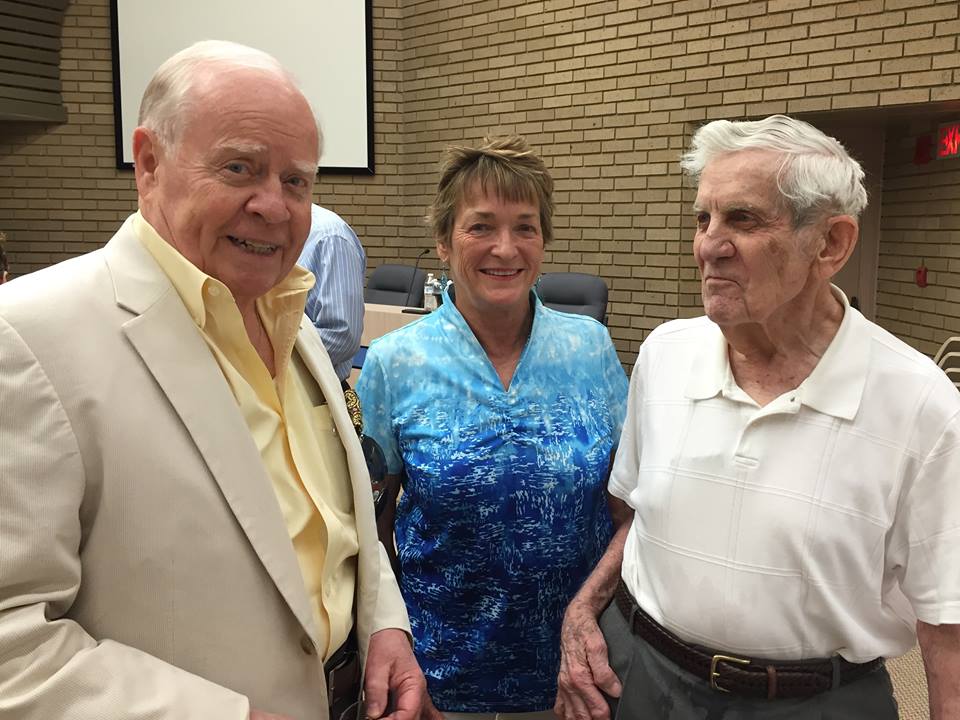 Kenneth Vogel, far right, being honored by Sunset Hills in 2016 for his service to the city.

Vogel moved to Sunset Hills in 1973 and became involved in municipal politics. He served as an alderman for 14 years before being elected mayor of Sunset Hills in 1992, serving for eight years. After his retirement, he was appointed to two city boards, the Police Advisory Board and the Board of Adjustment.

Vogel oversaw the expansion of Sunset Hills through annexation, the construction of the police station and government complex and the reconfiguration of the Plaza at Sunset Hills.

He was preceded in death by his wife of 67 years, Georgia Marie Vogel, nee Krejci. Vogel was the beloved father of Kenneth A. (Joyce) Vogel, Janice (Gerald) Paul and Scott Vogel; dear grandfather of Joshua and Drew Vogel, Christopher Paul and Alison Paul Bauer; great-grandfather to Lena, Samantha, Jacob, Rio and Ace; brother to the late Esther Schuchardt and Everette; Floyd and Lester Vogel; uncle, cousin and friend.

He was a proud graduate of McBride Catholic High School and attended Macalester College in St. Paul, Minnesota and University College at Washington University.

He served in the U.S. Air Force during World War II and later served as deputy state commander of the American Veterans in Missouri.

In addition to his duties to Sunset Hills, Vogel was also the owner and manager of Sappington Pharmacy from the late 1960s to 2000.

After his retirement, he spent his time with his wife and their precious Maltese, Lucy, and he indulged his passion as a Cardinals baseball fan.

Three years after being widowed, he reluctantly shed his roots as a lifelong Missourian to move with his daughter and son-in-law to Denver to help care for his great-granddaughter Lena Paul. He never regretted the move, viewing every day with Lena as a gift.

His family will miss his wisdom, his integrity, his expansive love and his humor. Visitation was held April 8 at Kutis Funeral Home in Affton. Mass was held at St. Catherine Laboure on April 9. Interment was private. In lieu of flowers, memorial contributions can be made to the Sunset Hills Foundation, c/o Sunset Hills City Hall.