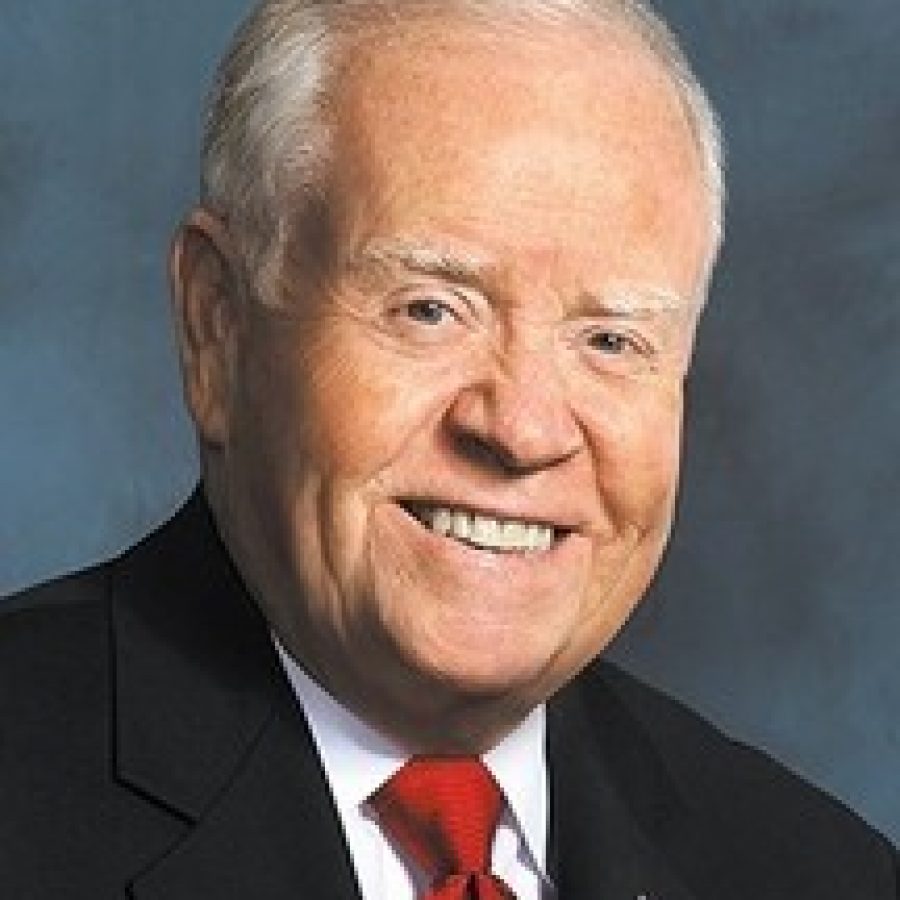 Mayor Pat Fribis was set to commemorate Mr. Nolan with a moment of silence at Tuesday’s Board of Aldermen meeting — which took place after the Call went to press.

“He was just a true friend, very generous of his time, and a true public servant,” she told the Call. “He’s going to be greatly missed by everyone. He was a true giver.”

Appointed by former Mayor Mike Svoboda, Fribis served as an alderman under Mr. Nolan. They did not agree on everything, Fribis said, but Mr. Nolan was approachable and respectful of differing opinions because he knew the importance of listening to the concerns of residents.

One of Mr. Nolan’s lasting legacies in Sunset Hills is his effort to build the Kitun Dog Park using a county grant, with the city’s match coming from private donations.

“There was a lot of criticism about the dog park at the time, but it didn’t cost the city of Sunset Hills any money,” Fribis said.

The Foundation for Sunset Hills was set to present a final $65,000 check to the city for the dog park Tuesday.

During his first term as mayor, a category EF3 tornado with winds near 150 mph ripped through Sunset Hills on Dec. 31, 2010. The tornado tore a path of destruction from just east of the Fox Bridge subdivision along West Watson Road through the South Lindbergh Boulevard intersection, but resulted in less than a handful of minor injuries and no fatalities.

Reacting to a citizen’s suggestion, Mr. Nolan organized efforts to aid those im-pacted by the tornado. The city’s Tornado Assistance Fund raised $254,000 to assist citizens in recovering the loss of their be-longings and personal property.

One of his most rewarding nominations was that of U.S. Council for the country of Sri Lanka, but the final paperwork was held up by the U.S. State Department and his passing preceded its approval.