For 2015 season, Lindbergh Flyers look to regain their past dominance 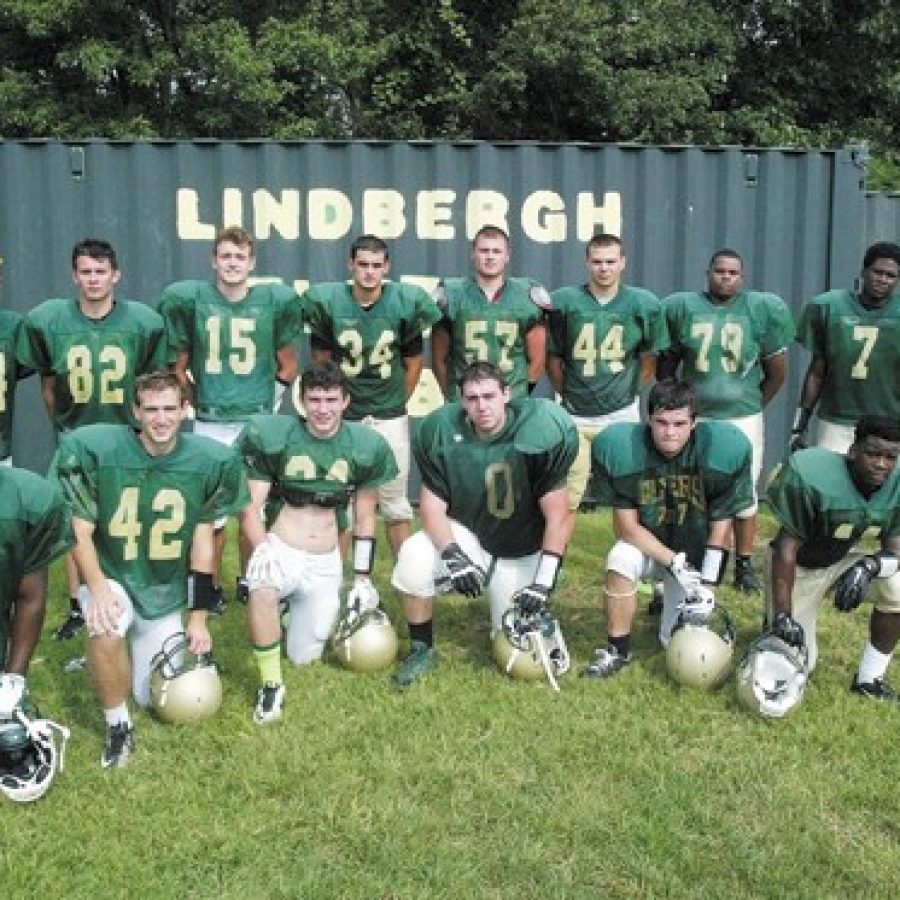 Bill Milligan photo Lindbergh High's head football coach Tom Beauchamp says his Flyers squad is looking to regain some of the dominance in the Suburban West Conference that the team has enjoyed in the past.

After suffering a bit of a drought the past two years, the Lindbergh High School football Flyers look to regain some of the dominance in the Suburban West Conference that they have enjoyed in the past.

Lindbergh head coach Tom Beauchamp told the Call that all signs are pointing in the right direction, despite not having a huge class of returning starters.

“Well, we don’t have huge numbers, but the guys we got are working their tails off and gelling and coming together on the field,” he said. “So we’re feeling good about where they are progressing right now.

“We’ve got a good nucleus of kids,” he said. “We’ve got a bunch of kids that have been working their tail off in the weight room all summer and a good core of those kind of guys  They’re gelling there, working hard. They’re excited about the year.

“I’m excited about having them out there. I think if we’ve got people in the right positions, then we ought to be pretty solid this season.”

As of right now, the team’s biggest strength is its intensity, according to Beauchamp.

He added, “It’s the kind of group that makes you happy to coach because win, lose or draw, they are fun to coach.”