Football Flyers remain undefeated with a 46-42 victory over Ritenour 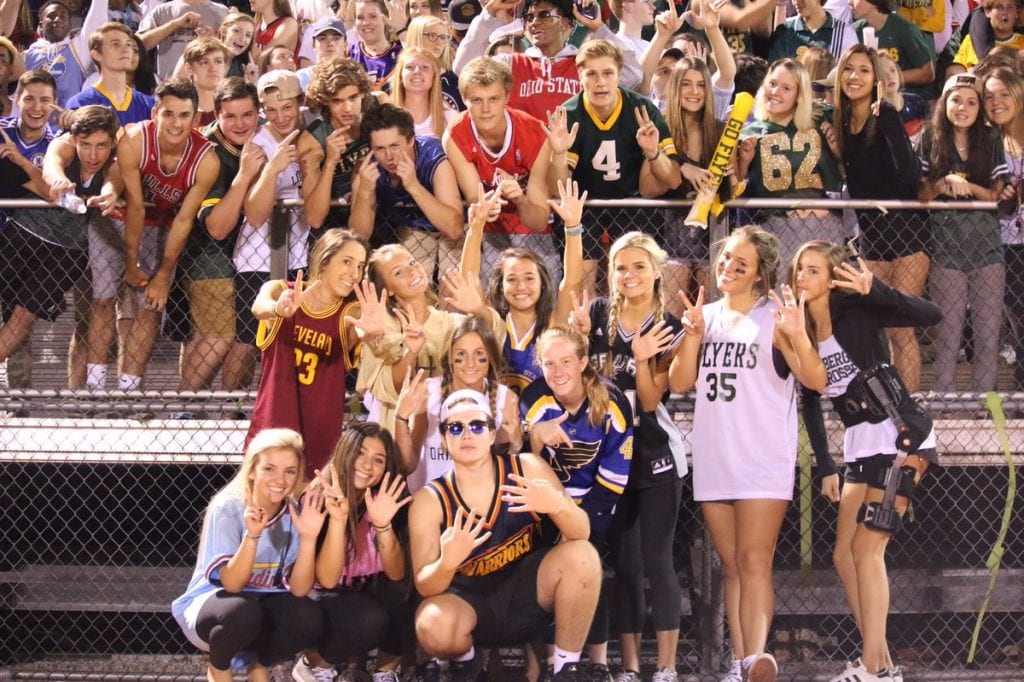 By Robert Chalupny
For the Call
Photo by Jessica Belle Kramer

The perfect season is still intact for the Lindbergh High School varsity football team, as the Flyers narrowly topped the Ritenour Huskies 46-42 Friday night in front of an enthusiastic home crowd.
Both teams entered the game with 6-0 records and were evenly matched in almost every category.
But the Flyers put together a complete effort to come back and win after trailing by a mere four points at the half.
Lindbergh head coach Nathan Norman said he could be nothing but proud of the way his team pulled together for the victory. He also praised Ritenour for playing an excellent game.
“First and foremost, I am proud of my kids and coaches for overcoming adversity throughout the game, specifically when fighting back after being down 14-3 and never giving up,” he told the Call. “Ritenour is an outstanding football team and showed a lot of grit as well.”

Lindbergh kicker Garret Butz opened the scoring with a 32-yard field goal with 7:38 on the clock in the first quarter. But Huskies running back De’metrius Jackson answered on the next possession with the first of two consecutive touchdowns.
The Flyers finally found some much-needed momentum with just 14 seconds remaining in the first quarter when receiver David Grenia brought home a 46-yard pass from quarterback Parker Powell to bring Lindbergh inching back.
Ritenour struck first about halfway through the second quarter, but Lindbergh answered as Rico Payton found a hole inside the red zone to bring the Flyers within three points.
However, Lindbergh trailed 20-17 at the half, something that the team hasn’t faced all season.
When play resumed in the third quarter, Lindbergh did not waste any time getting back into the game. With just 17 seconds off the clock, Powell found Grenia in the air for a 72-yard touchdown.
After the Huskies answered with a safety and a touchdown, Grenia added his third touchdown of the night on a kickoff return from Lindbergh’s 20-yard line.
Payton added his second and third touchdowns of the evening in between a pair of scores by the Huskies.
Lindbergh’s big offensive trio of Powell, Payton and Grenia usually steal the show, but late Friday night it was the defense that came up big to stop Ritenour from scoring the go-ahead touchdown.
The Flyers will take on another challenge Friday night when they travel to Eureka to face another undefeated team.
Lindbergh’s offensive trio will have to bring their “A” game, as the Wildcats have a very stingy defense, including three shutout wins.
“Moving forward, we must learn from our mistakes, eliminate foolish penalties and clean up a few mental errors,” Norman said. “We will have to be at our best Friday night and look forward to the challenge.”