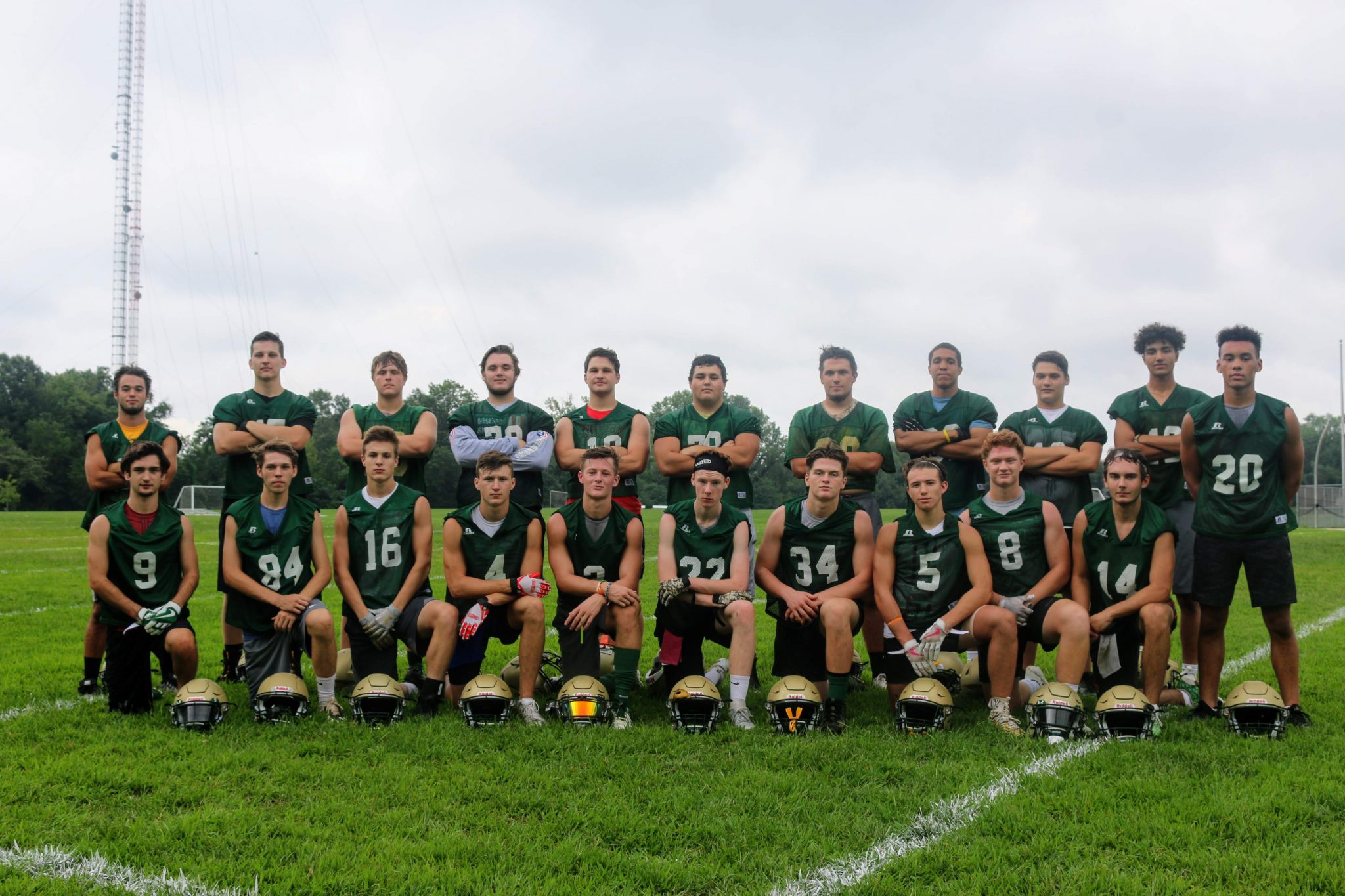 The win for Lindbergh (3-1) marked the fifth straight year that the Flyers have beaten the Tigers and was their first shutout since Oct. 3, 2014, a 14-0 win over Fox.

“I was really proud of the kids and the coaching staff,” Lindbergh head coach Nathan Norman said. “We played balanced and did a good job in all three phases of the game, special teams, offense and defense.”

The loss for Oakville (1-3) marked another night of frustration for the Tigers. Their lone win of the season came via a forfeit against McCluer in Week 3 of the 2018 campaign.

“It was frustrating for us offensively because our guys are just not executing,” Oakville head coach Arlee Conners said. “We’re just struggling to move the football, and it seems like every step we take forward, we end up taking two or three steps back.”

The Flyers wasted zero time in jumping onto the scoreboard as senior Nick Roth blazed his way down the field for a 64-yard punt return with 9:29 to go in the first quarter. Lindbergh sophomore kicker Josh Lorenz nailed down the point after touchdown to give the Green and Gold a 7-0 lead.

“When someone scores on special teams, it means that everyone is doing their job right,” Norman said. “It was a great way for us to start out the game.”

Lindbergh extended its lead to 13-0 when senior quarterback Wyatt Critchlow connected with sophomore wide receiver Logan Kopp on a 25-yard touchdown pass with 4:43 to go in the first quarter. Lorenz got the extra point to bring the score to 14-0.

“Logan has really stepped up for us,” Norman said. “This was a play-action pass where Wyatt did a nice job getting the ball to Logan and he did the rest.”

Tessler gave the Flyers a commanding 20-0 lead after grinding out a 10-yard touchdown run with just 0:09 to go in the first quarter. Lorenz’s extra point gave Lindbergh a 21-0 advantage.

“Bobby has really gotten back to his old ways,” Norman said. “He’s really stepped up for us this year.”

The Flyers added their fourth and final touchdown to the scoreboard midway through the fourth quarter on a 2-yard run by Tessler to give Lindbergh a 28-0 advantage with 6:25 left in the game as Lorenz booted the extra point.

“Bobby ran hard all night long,” Norman said. “He’s not fun to tackle when he breaks that line of scrimmage.”

One highlight for the Oakville defense was senior defensive end/middle linebacker Matt Paule, who racked up 12 tackles.

“Matt’s stepped up really good for us, and we expected him to do that this season,” Conners said. “He’s definitely being a bright spot for us this year.”

The Flyers look to extend their winning streak to three games this week as they host Marquette (3-1) at 7 p.m. Friday, Sept. 21. The Mustangs posted their second shutout of the season last week with a 49-0 pounding of Parkway South.

“Marquette is very well balanced, and it’s going to be a tough challenge for us,” Norman said. “They’re very physical on the line of scrimmage, and in order for us to be successful we’re going to have to do the little things right throughout the game.”

Oakville looks to bounce back this week when the Tigers travel to Fox (4-0) for a 7 p.m. meeting with the Warriors. Fox is coming off a 50-13 win at Mehlville, and their high-scoring attack has outscored opponents 139-45 so far this season.

“Fox is physical, and they come at you with a really good running attack,” Conners said. “In order for us to be successful, I think our guys on offense are going to have to do their jobs in order to make things easier on our defense. Our offensive unit needs to be focused and pay attention to the details.”