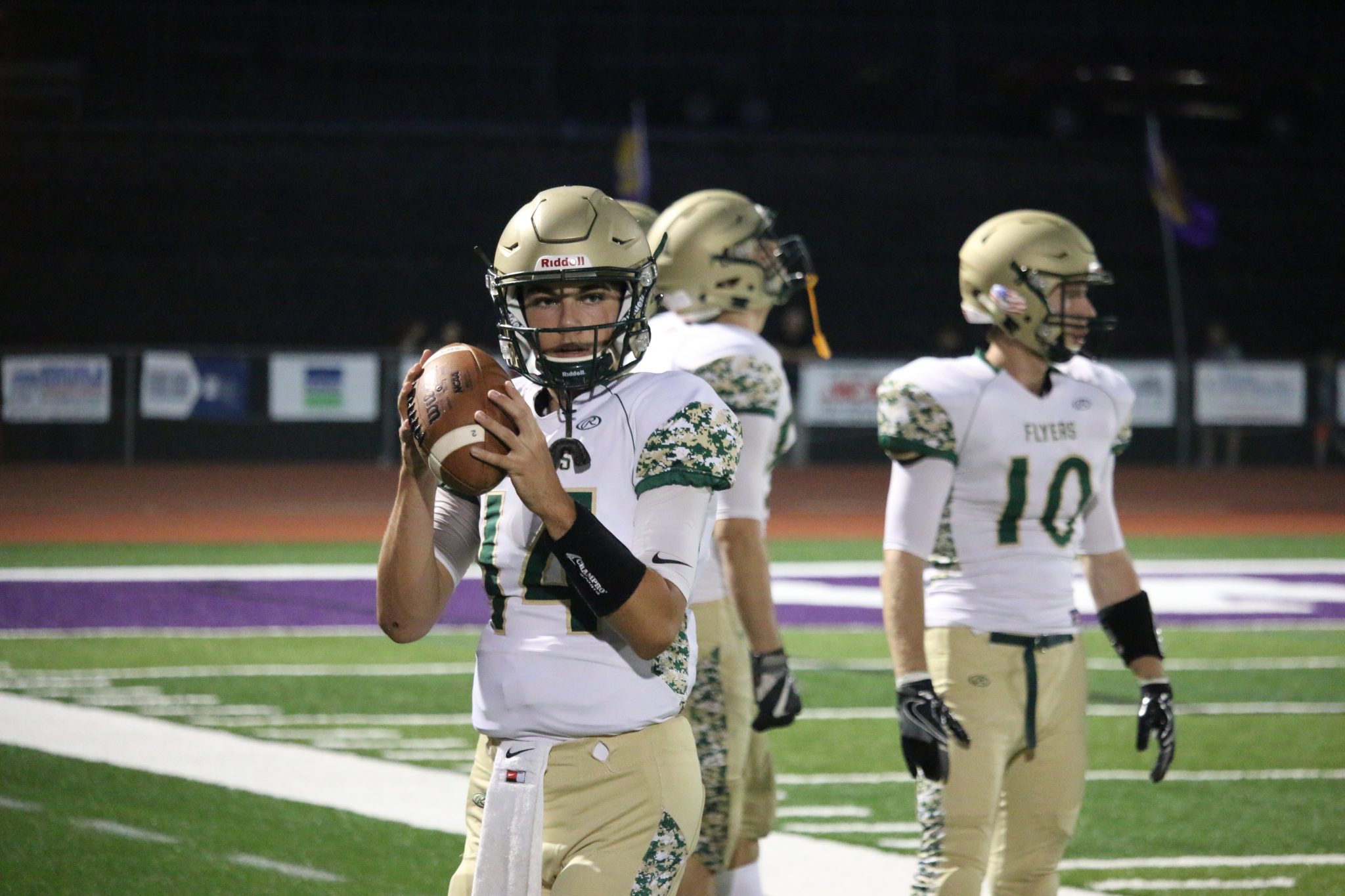 “Obviously we’re excited to get off on the right foot with a win,” Lindbergh head coach Nathan Norman said. “We made a lot of mistakes, but we were proud of the kids’ effort.”

Despite the win, the Flyers, now 1-0, were victims of five turnovers. It’s something Norman hopes to have his squad improve on over the course of this week.

“We’ve definitely got to clean those kind of things up,” Norman said. “But overall the kids played hard, and we’re excited.”

The loss for Mehlville, which starts the year at 0-1, was the fifth year in a row in which the Panthers opened the season with a loss. With that being said, the latest loss was not the result of a lack of effort, Panthers head coach Kent Heinemann said.

“I thought our kids battled their tails off,” Heinemann said. “We played pretty well defensively, but we started things slow offensively and every time we would get things going, we’d draw a penalty. We would have a first down, and the next thing you know we’d have a penalty, so when you’re starting the drive at first down and 15 yards to go, it’s really tough to overcome.”

Lindbergh took a 3-0 lead with 3:21 left in the second quarter as sophomore kicker Josh Lorenz booted a 25-yard field goal.

“Josh is a solid high-school football kicker, and we like to utilize him when we can,” Norman said. “He came through for us, and those were big points for us.”

The Flyers extended their lead to 10-0 when senior quarterback Wyatt Critchlow scurried for a 4-yard touchdown run with 0:16 left in the third quarter. Critchlow carried the ball 12 times for 95 yards rushing while also completing four of six passes for 78 yards passing and one interception.

“Wyatt is the kind of guy that manages the game real well for us,” Norman said. “He made some good audible calls and did a nice job of managing the game.”

Mehlville got on the board early in the fourth quarter as junior quarterback Evan Robertson connected with senior running back Jai’ryn Pruitt for a 29-yard touchdown pass with 10:06 to go in the game. Robertson would complete three passes for 35 yards and one touchdown.

“We were trying to get the running game going, because we were struggling at times to protect the quarterback,” Heinemann said. “Evan got a one-step drop, and it was a perfect throw down the field to Jai’ryn. It was a well-executed play.”

Lindbergh grabbed the insurance touchdown late in the fourth quarter as sophomore running back Logan Kopp pounded in a four-yard touchdown run with 4:52 to go in the game. Kopp led the Flyers on the ground attack with 13 carries for 104 yards rushing.

“He had a breakout night,” Norman said. “Logan is one of those kids who do everything right in practice and does everything you ask of him. He did a really nice job for us.”

The Flyers are back in action this week as they host Fox at 7 p.m. Friday, Aug. 31. Mehlville also returns to the gridiron this Friday evening at 7 p.m. as they travel to DeSoto.