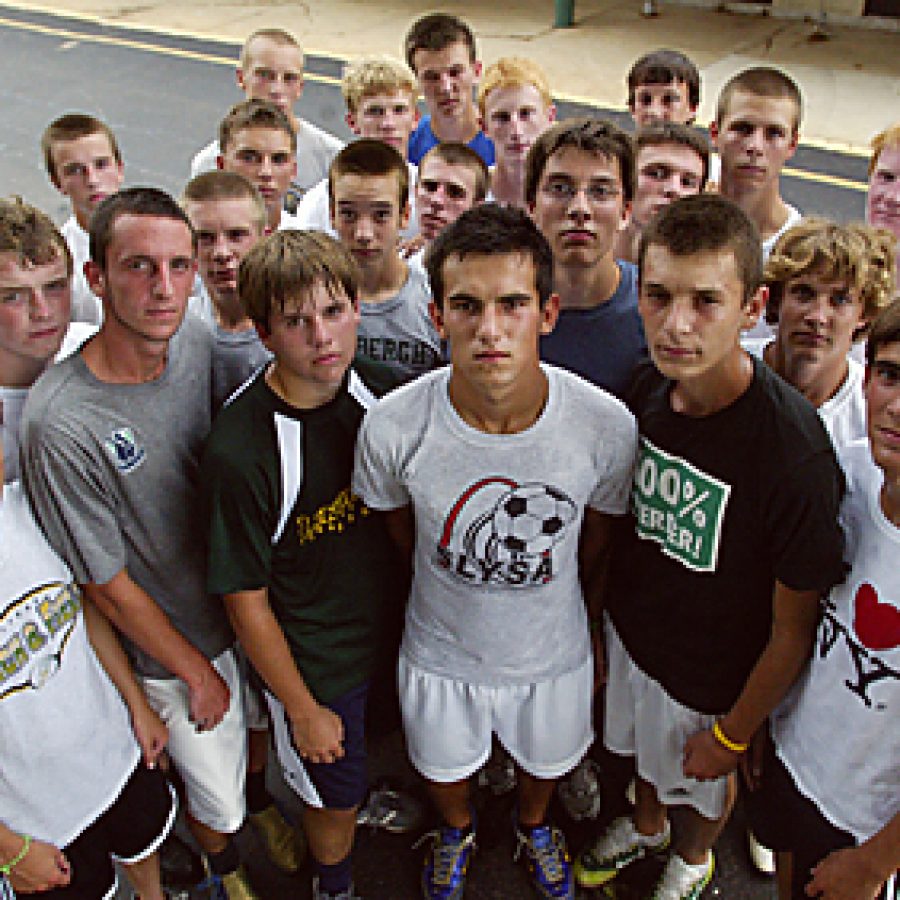 With eight returning starters from last year’s squad that went 13-10 overall with a 5-3 mark in Suburban West Conference play, the Lindbergh High School boys’ soccer team hopes to compete for a conference championship.

“I think that we should be pretty competitive,” Lindbergh head coach Scott Luczak said. “We’ve got eight starters returning, so that will give us some experience and it should be an interesting season.”

“Joe’s playing with a lot more confidence and I think that he surprised teams last year,” Luczak said. “Teams are now aware that he’s a threat, so that’s going to be a challenge for him.”

Another senior scoring threat for the Flyers is forward Hrvoje Bagaric, who scored nine goals and 14 assists last season.

“Primarily, Hrvoje’s been a pretty good playmaker,” Luczak said. “He’s the type of player that can play up top or in the middle for us.”

Seniors Nick Branham and Collin Luebbert will roam the midfield for the Flyers this season with Branham recording one goal and one assist last season. Luebbert also scored one goal last season as well as notching two assists.

“Last year, Nick was our secret weapon because he was somebody that always got into the thick of things wherever he played,” Luczak said. “Collin’s a real smart player that does a nice job getting the ball up top.”

On defense for the Flyers this season are seniors Derek Wackerle and Greg Butz.

“Derek did a good job of tracking down the opposing team’s top player and is very poised in the backfield,” Luczak said. “We also know that Greg will go out there and work as hard as he can. He’s got the ability to get in there and shut a guy down.”

Senior Thomas Crown will take over the starting goalkeeper’s job this season after seeing limited action in 2008. Crown posted a record of 2-1 overall with a 0.33 goals-against average.

“We had to throw Thomas into the CYC (Catholic Youth Council) Tournament game against Vianney and he kept us in the game,” Luczak said. “Right now, he needs to be more vocal on the field and I think he’ll get that with more experience.”