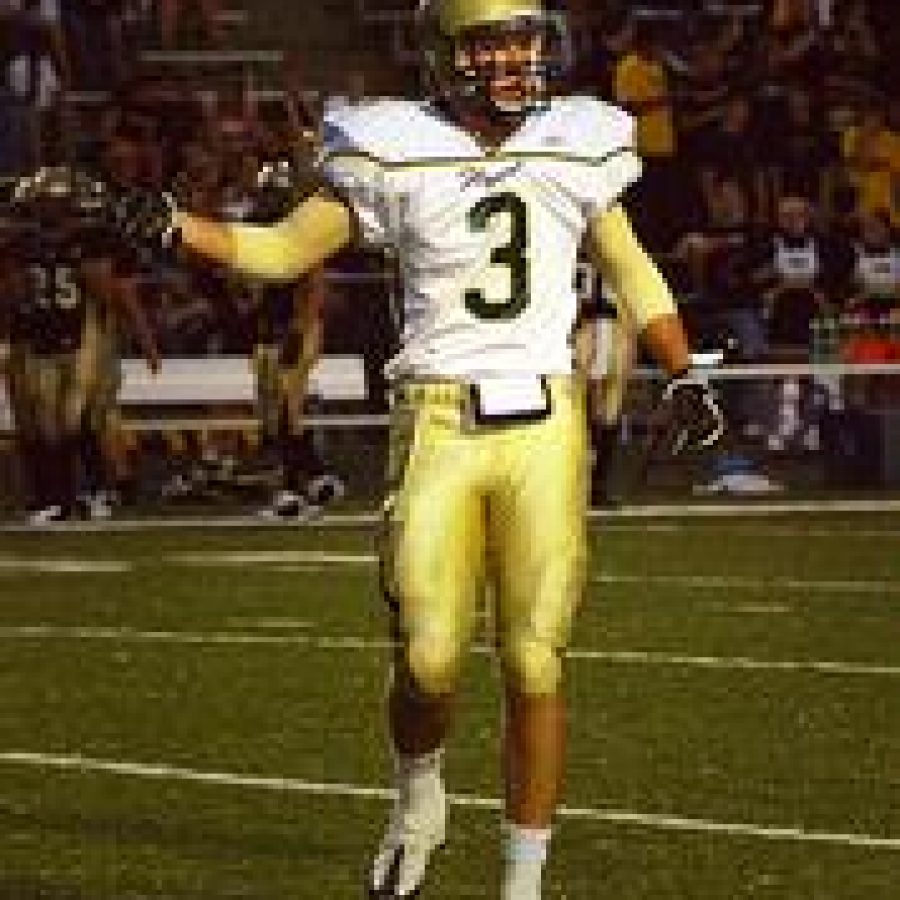 Heumann scored the lone touchdown for the Blue squad on a 23-yard pass from quarterback Jacob Eckman in a 41-6 loss to the Gold squad.

Lindbergh head coach Tom Beauchamp noted Heumann’s performance on the field was a good example of the quality players the Flyers have been developing over the past decade.

“I think it lets people know that we have quality football players at Lindbergh,” Beauchamp said. “Once they talk to Mike, most schools end up saying: ‘Yeah, we want him.”’

At Lindbergh last season, Heumann played both wide receiver and defensive back. He led the Flyers with 44 catches for 614 yards receiving and two touchdowns.

“Mike’s one of those kids that gets it done,” Beauchamp said. “He’s such a smart player that we could have put him anywhere on the defensive backfield. He can really do it all.”

This fall, Heumann is slated to attend the University of Nebraska-Omaha, where he hopes to compete for a starting wide receiver position with the Mavericks. The Mavericks were 7-4 overall last year and qualified for the NCAA Division II playoffs. But one fact Heumann noted is Nebraska-Omaha graduated 22 seniors last season.

“When coach (Aaron) Keen came to Lindbergh, I didn’t even know that they were coming,” he said. “I had seen them (Nebraska-Omaha) play before and I was blown away by the campus. They say that everything is wide open, so there’s a chance to start, which is definitely motivating.”

Looking back to his days of playing at Lindbergh, he has only fond memories.

“It was probably the best time of my life,” Heumann said. “It was a lot of fun to play with all of my friends at Lindbergh and to play as well as I did.”