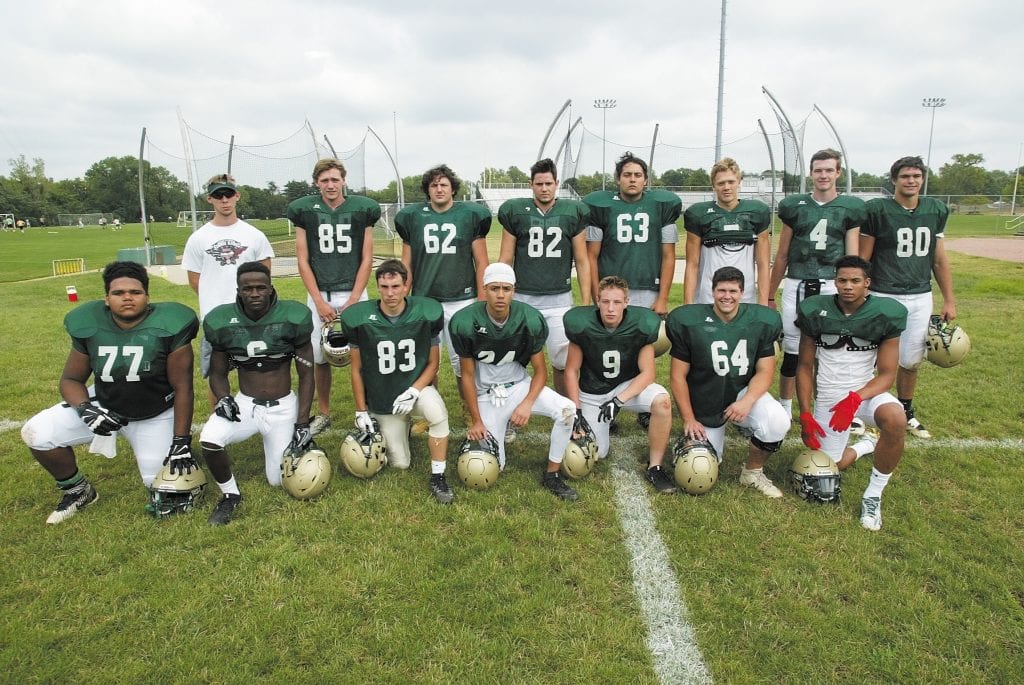 The Lindbergh High School varsity football team finished the regular season with a record of 8-1, the best the Flyers have enjoyed in recent years.
Lindbergh’s latest victim was the Marquette Mustangs. The Flyers’ offense owned the field on the way to a 51-20 victory Friday night.
The win came after Lindbergh lost its first game of the season to Eureka the week before.
Lindbergh head coach Nathan Norman was pleased at how his players rebounded from the loss.
“It was a good game for Lindbergh. We bounced back after a tough loss and rebounded well,” he told the Call. “I was proud of the kids, how they responded. We got back on track and thought those kids played well. We did some nice things on offense.
“The kids played hard on defense. We got better at tackling, which is something we emphasized all week, so I think we moved in the right direction.”
Lindbergh’s Rico Payton had four touchdowns on the night, including three on the ground and the fourth a flip pass from quarterback Parker Powell, who also scored once.
David Grenia and Bobby Tessler also scored for the Flyers, while Josh Lorenz kicked a 32-yard field goal.
The Flyers will start their playoff run this weekend hosting a close rival, the Mehl-ville Panthers. Mehlville has struggled this season, but the Panthers are coming off their second win of the season against Oakville last weekend.
Lindbergh and Mehlville met in the regular season, with the Flyers owning that game 59-28. Norman said his strategy heading into the postseason is pretty basic.
“Like I said, I thought the kids rebounded well after the Eureka game, and we put an emphasis on getting better at Lindbergh football and going back to the basics,” he said. “We are focusing on some things we need to clean up before the playoffs, and I think those kids did that well this week … That’s going to be our focus going into the playoffs.
“We are going to focus on what we do. Try to get better and (play) Lindbergh-style football. Get back to the basics and clean up some errors that we see on film as far as a breakdown in tackling or blocking technique. And we really emphasize those things. That’s what wins close football games and that’s what’s going to win in the playoffs … That’s what we have to improve at.”