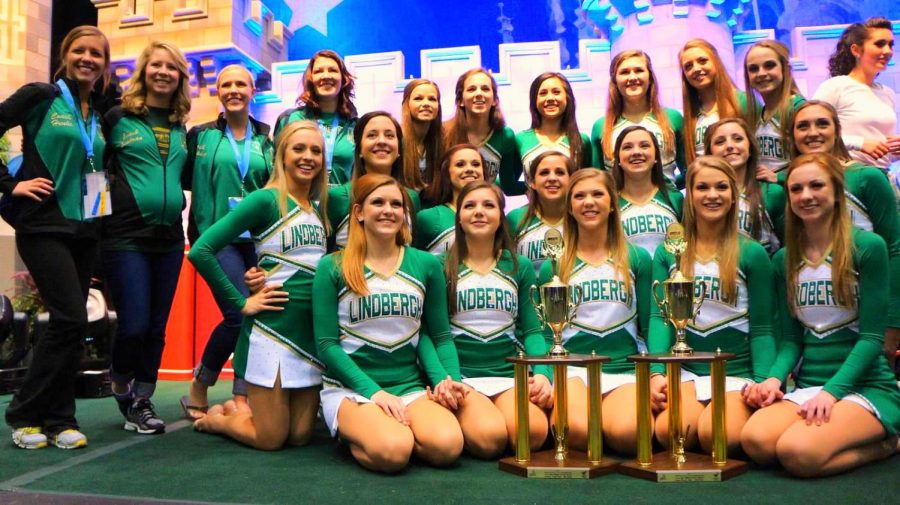 The Lindbergh High School Flyerettes have a long tradition of nationally ranked excellence, and this year’s performances at the Universal Dance Association National Dance Team Championships in Orlando, Fla., were no exception.

More than 330 high school teams from across the nation competed in the annual event at Walt Disney World Resort, performing nearly 550 routines in front of 10,000 spectators.

“Our girls worked hundreds of hours for just a few minutes on the ‘castle stage,’ and all of their dedication truly paid off,” Jessica Cochran, varsity poms coach, stated in a news release. “We are so incredibly happy with how much this team has grown together over the past six months. This is a special group of young women, and the experience at nationals is one they will never forget.”

The teams qualified for the national competition last summer at Universal Dance Association Camp when they received the first-place trophy for their home routine, and all team members received blue ribbons.

This year’s varsity kick routine was performed to the song “On Top of the World,” by local band Greek Fire. The song was featured in the trailer for Disney’s recent movie, “Big Hero 6.”