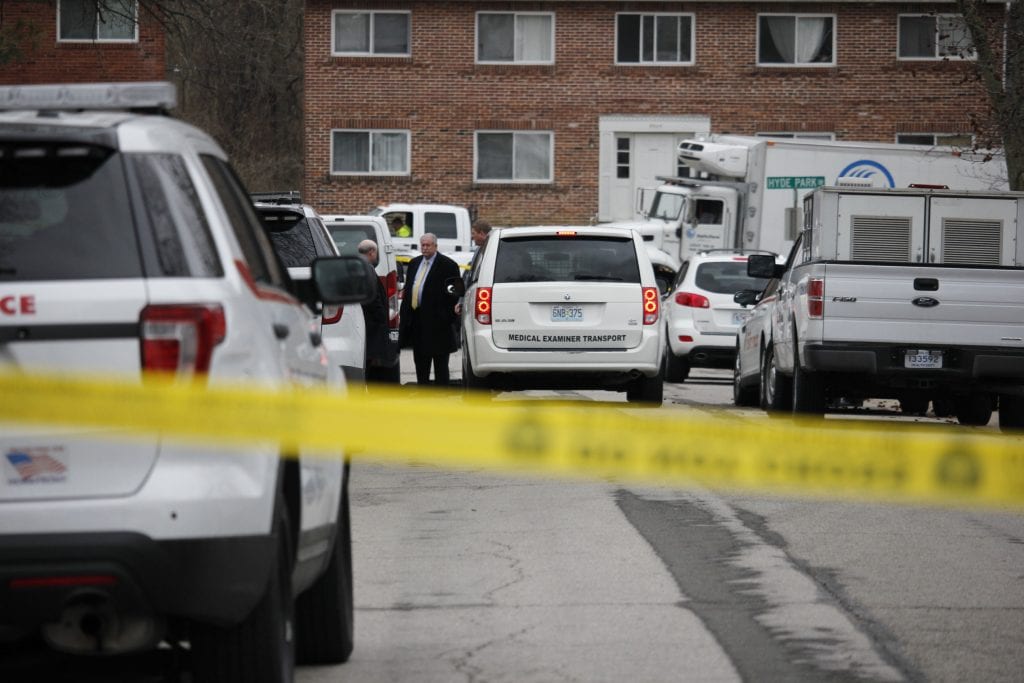 Five off-duty members of the St. Louis County Police Department Pipes and Drums band assisted as a New Jersey police officer thwarted a robbery in Washington, D.C., this week, apprehending suspects as they fled after attacking a person on the street and stealing a phone.

The five members of the Pipes and Drums band from St. Louis County are in Washington, D.C., to honor fallen police officers during National Police Week.

The five local officers gave the credit to the New Jersey officer, Officer Jordan Kostoplis of the Hamilton Police Department, as the “hero” in the incident, Granda added.

The National Law Enforcement Weekend Facebook page posted this description of the incident:

“Criminals are dumb. They are so dumb, that they attempt a robbery, in Washington D.C., during Police Week, when thousands of officers flock to the city. Officer Jordan Kostoplis of the Hamilton Police Department (New Jersey) and other Officers from St. Louis stumbled upon a robbery in progress. The off-duty, out-of-state officers sprang into action, chased down multiple perpetrators and made the arrests! Great job to all officers involved. Better luck next time to the criminals. 🤷‍♂️🤦‍♂️🤣”

Washington, D.C. police said that the six would-be robbers approached a Virginia man from behind, shoved him to the ground and stole his iPhone X. They hit the man multiple times on his head and body with their fists and tried to take his backpack, according to the police account reported by the Post-Dispatch.

Sandbach has 18 years of service and has served as a K-9 officer with a dog investigating fire scenes. He received the Chief’s Commendation in 2013.

Spicer has been honored several times for his heroics already, as chronicled in The Call. In January 2016, he and Officer Kelly Eller received the Lifesaving Award from Chief Jon Belmar after he saved the life of a woman who was having chest pains on the way to Mercy Hospital South. Her daughter detoured to the South County Precinct because she didn’t think she would make it to the hospital, and Spicer and Eller performed CPR on the mother.

That same year, he was also given the Mehlville Fire Protection District’s Making a Difference Award.

Steib has 32 years of experience and has served as a pilot for the county’s helicopter program.