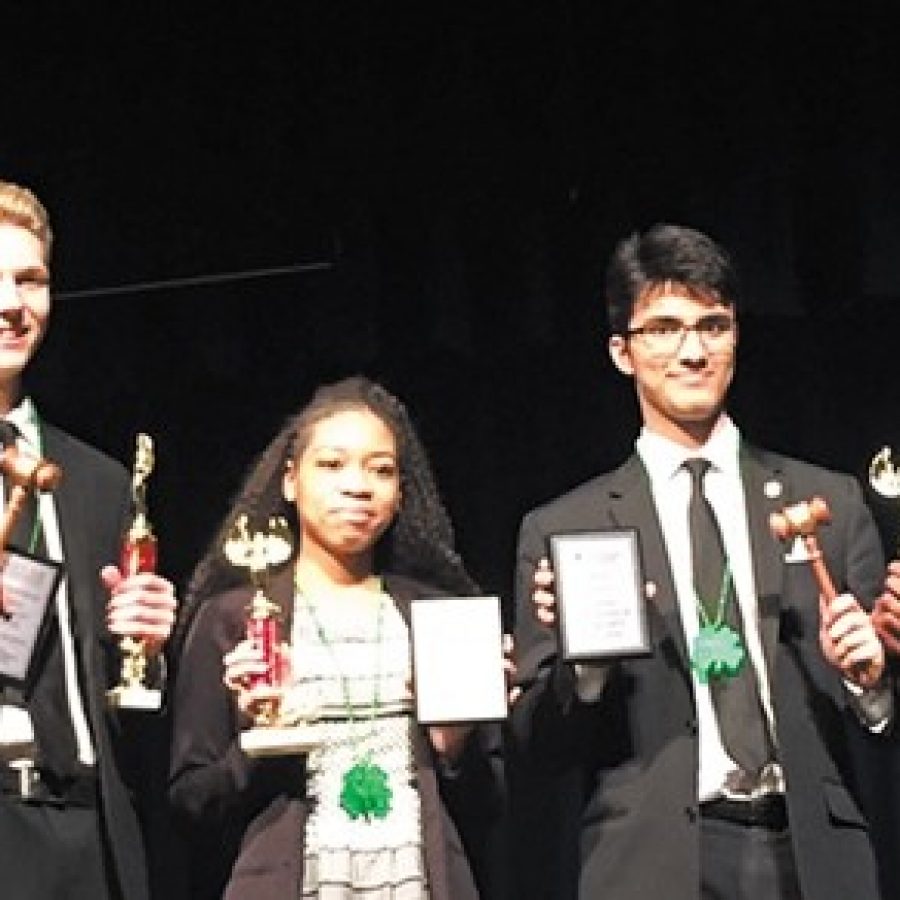 Oakville High School students who will participate in the National Speech and Debate Association National Tournament this summer in Birmingham, Ala., from left, are: Sohrab Azad, Ryan Westwood, Gabriel Conners, Aaron Mohabbat and Shaun Lamar.

After 40 hours and as many as 16 rounds of competition, Oakville High School will send five students to the National Speech and Debate Association, or NSDA, National Tournament this summer.

The tournament, the largest academic competition in the world, will take place from June 18 to June 25 in Birmingham, Ala.

Oakville High students who will attend are:

The students qualified after participating in the fourth-largest NSDA district competition in the United States. A total of 29 schools competed in nine events for the district event.

Only once before — in 2009 — has Oakville High qualified this many students to compete in nationals, according to English teacher Ed Taylor, who serves as the speech and debate team coach.

In the district semifinal round, only two teams in Public Forum Debate were undefeated. Both were from Oakville — the other was Maxine Taylor and Aaron Mohabbat.

They had to compete against each other, and the winner won a slot to nationals.

In the final round, Maxine and Aaron met a team from Pattonville, and lost on a 2-1 decision, missing a slot at nationals.

Shaun also qualified in Congress, but at the nationals you can only compete in one event and he preferred the Lincoln Douglas Debate, according to Taylor.

In addition, Sohrab and Ryan were elected permanent presiding officers in their congressional chambers.