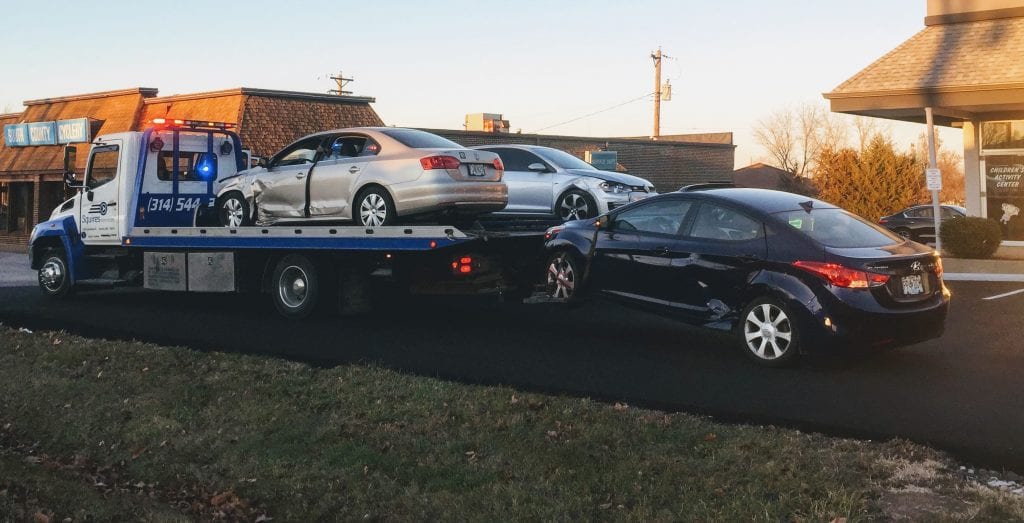 Two tow trucks towing away three cars from the first major crash outside Fresh Thyme Wednesday stopped in a nearby parking lot before hauling away the damaged cars. Photo by Gloria Lloyd.

The area around the new Fresh Thyme grocery store in south county has been bustling since the store opened in October, and the first major car crash outside the store happened Wednesday, in the busy shopping days leading up to Christmas.

At roughly 3:27 p.m. Wednesday, officers from the Affton Southwest Precinct responded to a three-car crash with injuries outside the Fresh Thyme store at 9920 Lin Ferry in Green Park, the former site of the Tesson Ferry Library.

Out of the three cars involved in the crash at the store’s intersection with South Lindbergh Boulevard, one person was taken to a local hospital complaining of a head injury, police said.

No other information is available on the crash at this time, police added.

Two Volkswagens and a Hyundai Elantra were seen being towed away from the scene after the crash.