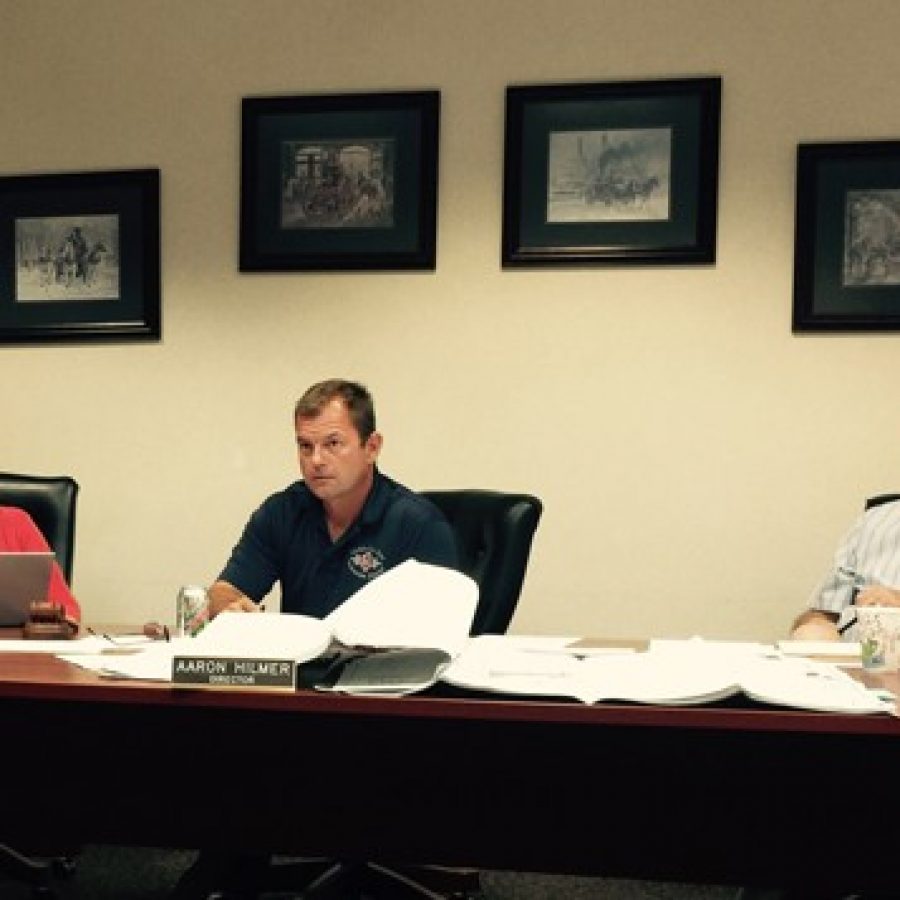 With most of its firehouses rebuilt in recent years, Mehlville Fire Protection District officials are deciding whether replacing another firehouse or building a new training center falls into their long-term plans.

The MFPD has built four firehouses in the last decade without any legacy debt.

The next engine house in line for renovation or replacement is the No. 7 Firehouse at 5501 Old Lemay Ferry Road in Oakville, which was built in 1981.

Renovating No. 7 to modern standards could cost $1.4 million to $1.6 million, while the cost of demolishing and replacing the building completely could range from $1.8 million to $2.1 million, according to a rough cost analysis from architect Archimages that Chief Brian Hendricks presented to the Board of Directors Nov. 16.

Since the firehouse is not nearly as outdated as the 1957-era firehouses the board replaced in recent years, there is no need to replace it right away, the chief noted.

Without a dire need or a clear way to fund the building, board Chairman Aaron Hilmer suggested the board take time to examine its infrastructure needs. Hendricks will come back to the board with a five-year capital plan that the board will prioritize.

One of the more pressing needs might be a new stand-alone training center, which many large fire districts have, but the MFPD does not. Building such a facility has been talked about for more than a decade.

“I think just sit still and let’s look at the capital budget over the next five years,” Hilmer said of what he wants the board to do. “We’ll prioritize some decisions, and if this (new No. 7) doesn’t find a place in there or if it’s at the latter part, why don’t we talk about building a training center or some other things we don’t have?”

Unlike the last three firehouses, which were built completely out of reserves, constructing a new No. 7 would have to be funded some other way, since much of the MFPD’s current capital reserve of $3.6 million is tied to purchasing or replacing specific equipment. The last three years, the district has been allocating $100,000 each year toward future renovations.

But that $300,000 the MFPD has so far socked away for renovations does not come close to paying for a $2 million building, board Secretary Ed Ryan noted.

“So in other words, you’re most likely talking about a tax hike, or spending down some?” he asked Hendricks.

“I don’t think so,” Hilmer said, noting district officials should consider how much of the $3.6 million in the capital reserve could be directed to a new construction project, while also weighing long-term financial projections.

The MFPD has a tight budget each year, he said.

“Let’s face it — we have a balanced budget, but every year it gets tighter and tighter,” he said. “Health insurance goes up 12 percent — there’s 100 G’s. So eventually we’re getting to the point where — doing nothing different here than we’re currently doing — that eventually you’re going to get to the point we’re not going to be able to put the $150 grand a year every year into the capital fund without running a deficit.”

One of the reasons MFPD officials plan and save long-term for larger capital purchases is so that the board doesn’t get “sticker shock” from having to fund large pieces of equipment, Hendricks noted. As ambulance operations expand and improve, equipment becomes increasingly expensive, he added, citing seven $25,000 heart defibrillators the district has to buy and self-contained breathing apparatus, which costs at least $200,000.

If the MFPD chose to build a new No. 7 Firehouse, it would be at the same location as the current building, which would be demolished. Depending on the design of a new building, the old South County Fire Alarm Association building behind No. 7 could be demolished to make more room.

If No. 7 is renovated, the MFPD would be “basically gutting the building and starting over, bringing it up to current standards, the introduction of a (decontamination) room, a small mezzanine for training, adding two engine bays,” Hendricks told the board Nov. 2.

“I honestly believe that we can make this a 30-year building with no problems,” the chief said.