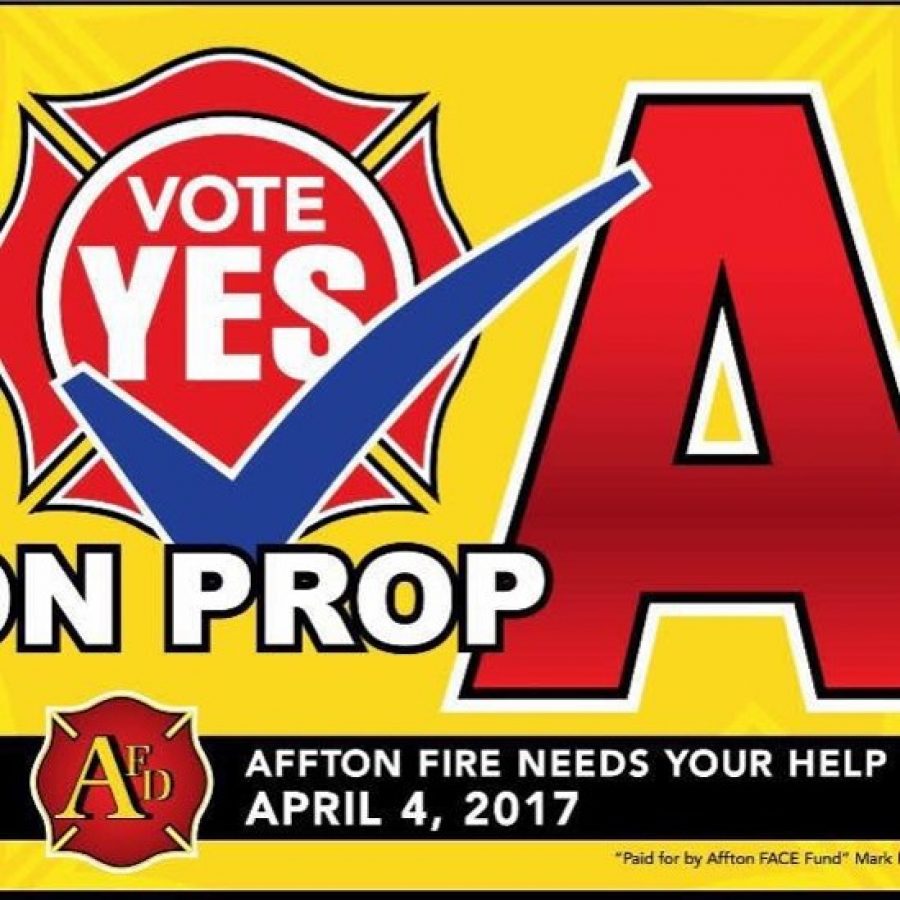 Fire departments across south county and in Jefferson County are seeking tax-rate increases Tuesday, April 4, citing a need for revenue to cover shortfalls from decreasing revenues, underfunded pensions and the Fenton Chrysler plant closing, among other factors.

Voters in the Affton, Fenton and Rock Community fire protection districts will decide next week whether to raise their tax rates, with requests ranging from 25 cents in Affton to 50 cents in Rock Community, the fire district that serves parts of Arnold, Kimmswick, Imperial and Barnhart.

“We really need this,” Fahs said. “Affton’s tax has been flat at best, maybe even trending down a bit over the last couple of years. And the cost to run these places has just skyrocketed. Our revenue just hasn’t went in the direction that everything else has.”

The money would go to shore up the pension fund, and up to $3 million would go to replace the aging Engine House 2 on Valcour Avenue. The AFPD has two firehouses, including the 11-year-old headquarters on Gravois Road.

The firehouse is more than 50 years old and, since it was built in an age before female firefighters, has all the bunks together in one room, with one shared bathroom, Fahs noted.

Although some residents feel like they just voted on a tax-rate increase in 2012, that measure was primarily to run a second Affton ambulance, while Prop A will put the district on more solid financial footing long-term, he said.

The AFPD will be able to stay with its capital plan to buy a new ambulance every two years, which will address the 18-percent call increase in the last five years. Affton’s ambulances are “running like rabbits” with an aging population, Fahs said.

The district’s pension fund has been declared “dangerously distressed” because it’s so underfunded, Fahs said.

The Fenton Fire Protection District covers Fenton and the half of Sunset Hills that is not covered by Mehlville.

The blended tax rate is $1.006 per $100 of assessed valuation. The tax-rate hike would go toward general operations.

The district ran a $1 million deficit this year on its $10 million budget and has been reserve spending for a decade, Chief Tom Steitz said. Despite not asking for a tax increase for decades, the district is the only internationally accredited fire department in the state that also has an Insurance Services Office, or ISO, rating of 1, the highest possible level, Steitz said.

The fire district budget took a $581,000 hit this year due to tax appeals by large corporations in Fenton. The 2009 closure of the Chrysler plant and several supporting Fenton businesses, several tax-increment financing, or TIF, districts in Fenton, other tax abatements and a decrease in assessed property values all led to asking for Prop E, Steitz said.

The Rock Community Fire Protection District is asking for a 50-cent tax-rate increase with Prop Life Safety. The measure will go to restoring paramedics to the level the fire district was staffed in 2011.

Unlike many area fire departments, Rock Fire is only a fire district, not an ambulance district.