Fire board names training facility in honor of Dr. Bosche 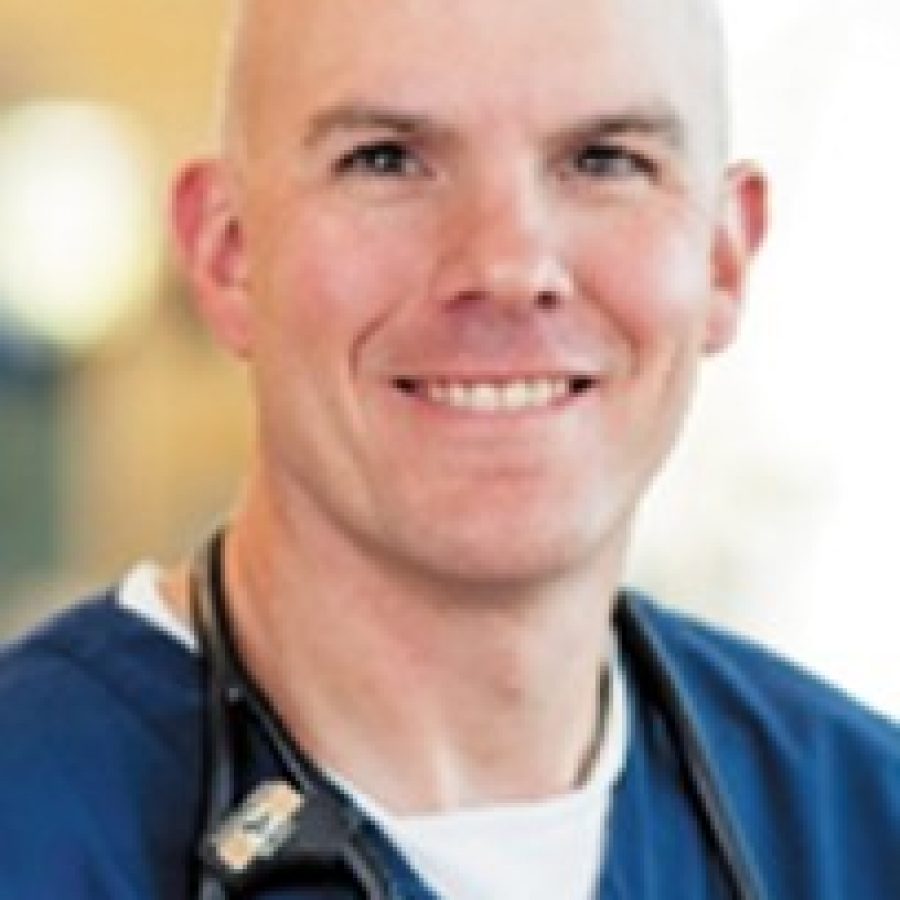 The training facility at the district’s headquarters at 11020 Mueller Road will be called the “Dr. Christopher Bosche EMS Training Center,” according to a resolution adopted July 26 by the board.

Bosche has battled cancer for nearly three years, a result of his exposure as a Ground Zero responder after the 9/11 attacks in New York City.

A GoFundMe page has been set up at

to assist Bosche’s wife, Amy, and his children Jennifer and Jake as he enters hospice care.

“… It is the opinion of the administrative staff that there is no one in recent memory that has contributed more to the Mehlville Fire Protection District than Dr. Chris Bosche,” Hendricks said. “The fact that we will not have him working with us on a daily basis is something that will be felt for years to come. There isn’t anybody that has had the ability to touch more lives and be such an influence on the firefighters and paramedics, not only (those) that are with us today, but also previous … His loss will just be a lot of us all to take as a department and he’s just one of a kind …”

Besides adopting a resolution naming the training facility in honor of Bosche, the board voted unanimously to adopt a second resolution honoring the doctor for his contributions to the district and community as medical director. He served as a firefighter before he went to medical school.

Both resolutions were read by board Treasurer Bonnie Stegman.

The resolution outlining Bosche’s contributions to the fire district and community cited such accomplishments as:

 “… Dr. Bosche has created, developed and maintained a website that contains guidelines for pre-hospital emergency medical care, protocols and EMS training videos that are utilized by members of Mehlville Fire Protection District on a daily basis.”

 “… Dr. Bosche has engaged in thousands of hours of specialized training and continuing education to be able to teach lifesaving skills to employees and also make recommendations to the Board of Directors and administration on the purchase of new equipment that will ensure the safety of employees and their patients.”

The resolution concluded by stating, “Now therefore be it resolved that we, the Board of Directors, administration, paramedics, EMTs, firefighters, fire/medics and critical care paramedics of the Mehlville Fire Protection District, join to applaud the dedication, goals and accomplishments of Dr. Christopher Bosche in the field of emergency medical services and to convey to Dr. Bosche and his wonderful and supportive family, Amy, Jennifer and Jake, our most heartfelt thanks and appreciation for all the service that he has provided …”

Hendricks recommended the board also adopt the resolution naming the EMS training facility in Bosche’s honor.