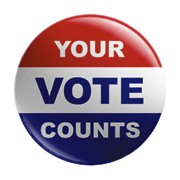 Crestwood
Aldermanic seats held by Darryl Wallach of Ward 1, board President Justin Charboneau of Ward 2, Grant Mabie of Ward 3 and Tim Anderson of Ward 4 are up for election.
The seats carry three-year terms.
Due to term limits, Wallach is unable to seek re-election, having been first elected to the board in 2009. Charboneau, Mabie and Anderson were elected in 2015.
Charboneau and Mabie filed for re-election. Also filing were former Ward 1 Alderman Mimi Duncan, former Ward 3 Alderman Bill Boston and Ismaine Ayouaz in Ward 4.

Green Park
Aldermanic seats held by Carol Hamilton of Ward 1, James Jones of Ward 2 and board President Fred Baras of Ward 3 are up for election.
The seats carry two-year terms.
Hamilton has served on the board since 2008 and Baras was first elected to the board in 2000.
Jones was appointed to the board in 2015 and elected to a two-year term in 2016.
Jones filed for re-election. Also filing was former Ward 1 Alderman Tony Pousosa, who unsuccessfully challenged Mayor Bob Reinagel last year.

Sunset Hills
Fribis was elected mayor two years ago, defeating three other candidates. Before being elected mayor, she served as a Ward 4 alderman since 2008.
The mayoral seat carries a two-year term.
Aldermanic seats held by Richard Gau of Ward 1, Thomas Musich of Ward 2, Kurt Krueger of Ward 3 and Thompson Price of Ward 4 are up for election.
The seats carry two-year terms.
Gau has served on the board since 2012, as has Musich.
Krueger first was appointed to the board and then elected in 2014. Price was elected two years ago.
Fribis, Musich and Price filed for re-election. Filing in Ward 1 was Joe Stewart.

Lindbergh school board
Lindbergh Board of Education seats held by President Karen Schuster and Secretary Mike Shamia are up for election.
The seats carry three-year terms.
Schuster has served on the board since 2012. Shamia was elected to a one-year term this past April.
Schuster and Shamia filed for re-election. Also filing was Eric Edward Thias.

Mehlville school board
Mehlville Board of Education seats held by Secretary Lisa Dorsey and Jamey Murphy are up for election.
The seats carry three-year terms.
Dorsey and Murphy were elected in 2015.
Filing were Tori Behlke, Lisa Messmer and former board member Ron Fedorchak.
Fedorchak, a former board president, was appointed to the board in 2010, then elected in 2011.

This story will be updated as additional candidates file.