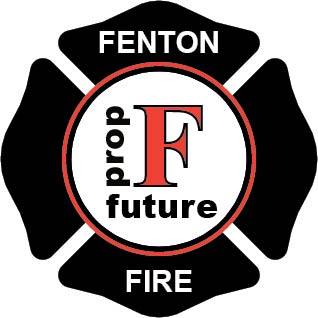 Residents in the Fenton Fire Protection District will vote Tuesday, Nov. 6 on whether to pass Proposition F, an 18-cent tax-increase that residents were able to ask questions and learn more about at an open house last week.

Proposition F would pay back a $25 million general-obligation bond issue through a property tax levy. The tax would not be added to the taxpayer’s tax bill until September 2019 for collection for 2020.

The district hosted an open house and town hall at Station 2 Thursday, Oct. 25, to give residents a tour of the current facilities, provide information and give residents an opportunity to speak with the district’s administration and learn more about the tax levy.

The Fenton Fire Protection District plans to use the bond to upgrade fire trucks, update the district’s current infrastructure, enhance security, safety and protection from fires and natural disasters and other overall improvements. It would also bring infrastructure up to code with the Americans with Disabilities Act and lay out engine houses more efficiently to provide for better response time to emergencies. The district’s current facilities do not meet the proper requirements.

Proposition F was originally proposed in the April 3 election but failed with a total of 50.2 percent of the vote in favor of the tax levy and 49.8 against. Missouri law requires this type of proposition to have more than 57.14 percent of votes in favor to pass.

Residents can calculate their cost based on their appraised and assessed home value using the district’s link.

“We’re running out of room in our buildings. We really have to move forward in the future of this district by building new buildings. We’ve expanded them to the point where on the property lines they are done,” said Tom Steitz, fire chief, at the open house. “So our mission statement… is continue improving the way we serve and respond to our community through modern facilities, equipment and advanced training. The goal of that is to deliver better service to our people who live in our fire district, as well as commuters who come through and people who work in the district. We have a tremendous responsibility. We have 30,000 residents and during the day when businesses are operating, that number could double…so we’re asking the people to support Prop F.”

“Are you prepared for cost overruns?” One attendee asked.

“We have accounted for all of the costs more than the contractor costs. With project costs, you have to look at all the elements, said Roy Mangan, an associate with Archimages, the architect firm being used to design the new fire houses. “So some of the later houses may be two to three years away, we’ve escalated that in a percentage over time to have the money allocated in those budgets.”

“Do you have to choose the lowest bidder or the best bidder? And are they gonna work on the whole project all at the same time or is it gonna be one at a time,” another attendee asked.

“We really haven’t gotten to those levels. Typically on a multi-house situation we would bid those out a house at a time. We may look at different components of combining some things. We haven’t gotten to that level,” said Mangan. “And no, you do not have to take the lowest bidder, you have to take the most qualified bidder. And we have different qualifications to work through.”

“So if this passes, how will our total fire district tax rate compare to other locations in St. Louis?” an attendee questioned.

Another attendee had questions regarding the ballot language. “I looked up the sample ballot we’re all gonna be voting on in November. I think there were three different tax increases they we asking for. One was a gasoline tax and it said it was 2 and half cents a gallon and one was zoo, which said it was an eighth of a cent. Then I came to the one for Fenton and didn’t have an dollar amount there…what’s going on? It kinda looks to me that you didn’t want to tell anyone what’s it’s going to cost them.”

“A bond attorney writes the language so we used the bond attorney’s recommendation for what should go into the ballot,” said a fire district representative. “We’re limited by number of words.”

“I just want to say one thing,” said an attendee who is a realtor. “A lot of times when people are looking at tax increases and things like that they get alarmed, and I understand they’re budgeted and limited in their funds and things like that, but when those taxes get approved and the money is allocated and used properly… It keeps your housing prices and values up which means people want to move into that area. I think we have to look at the big picture about the fire district too. People want to live somewhere we have the top-notch response times and quality and things like that.”