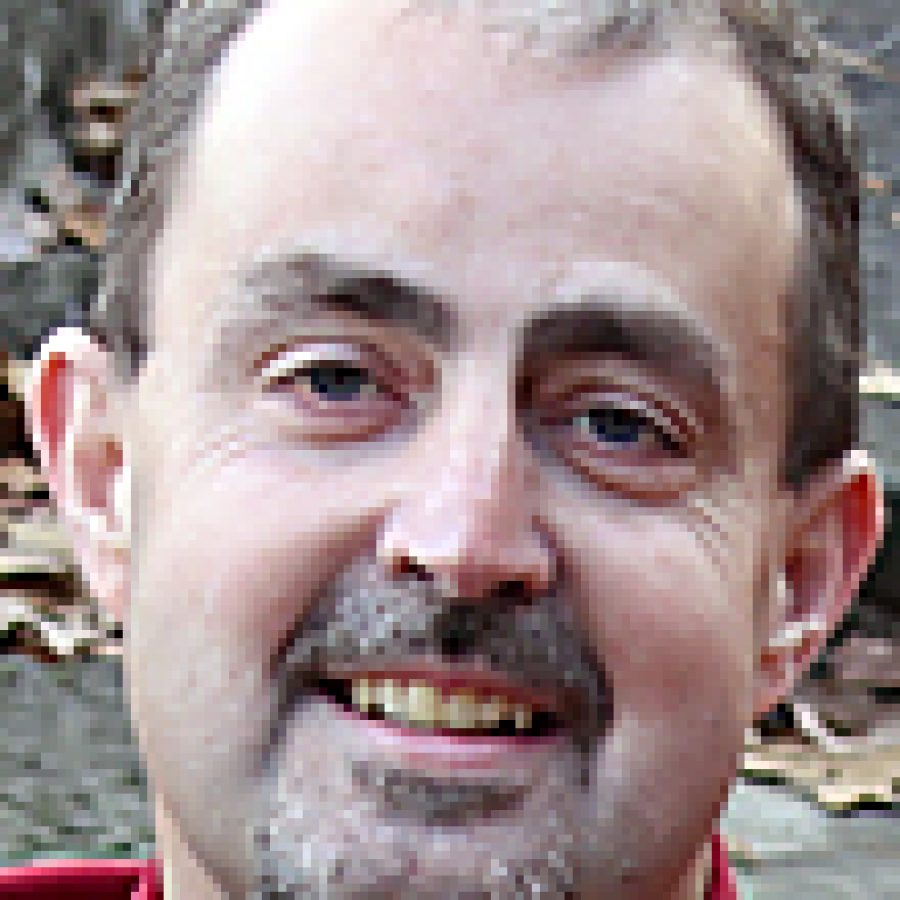 Oakville resident Ron Fedorchak, who said he is a newcomer to public office but not to the sphere of education, was appointed last week to the vacant seat on the Mehlville Board of Education.

During a special meeting June 30, the board voted unanimously to name Fedorchak to the seat vacated by former board member Micheal Ocello, who resigned in April when he and his family moved out of the school district.

Board Vice President Larry Felton made the motion to appoint Fedorchak, and it was seconded by board member Tom Diehl.

Fedorchak, 44, is employed as an account representative at Cobert Associates, which sells chromatography and life science products.

He and his wife, Micki, have lived in the district since 1991 and have three daughters who attend Oakville High School, Bernard Middle School and Blades Elementary School.

He recently served on a committee to discuss the future of the district’s Strings Program and has been a volunteer coach for the YMCA and other organizations.

Fedorchak holds a bachelor’s degree in chemical engineering from the University of Illinois and a master’s degree in business administration from Southern Illinois University-Edwardsville.

“I pledge to work as hard as I can to make this district the best I can make it,” Fedorchak told the Call after his appointment last week.

Fedorchak will be sworn in at the board’s July 28 meeting and will serve until next April, when his seat and Diehl’s seat are up for election for three-year terms.

He did not rule out the possibility of running for election next spring but said that, for now, he simply wants to “get my hands dirty.”

For more than an hour June 30, board members discussed the applicants’ responses to interview questions the previous evening and conducted three straw polls among themselves to narrow down the list.

Fedorchak was almost out of the running after the first poll as Leach and Wessel were the top vote-getters with four votes each and were, initially, the only finalists. However, the board agreed with member Mark Stoner’s suggestion to seek a third front-runner out of the five candidates who each received three votes, including Fedorchak.

Fedorchak was the sole candidate to garner four votes on reconsideration and advanced as a finalist.

After further discussion, Fedorchak received five votes in the third poll while Leach and Wessel each received three votes, and Felton subsequently motioned for his appointment.

The June 30 meeting came after more than three hours of candidate interviews June 29. The board held roughly 20-minute sessions with all applicants except Leach, who was on a previously scheduled business trip.

In between opening and closing statements, the board asked applicants questions prepared by the district’s human resources department and its own follow-up questions.

Fedorchak, who was the last candidate to be interviewed, said in his opening statement that education has “always been very important to me.”

He said his father and mother were an elementary-school principal and social studies teacher, respectively, in Alton, Ill., for more than 30 years each. Fedorchak added that his wife is a social worker in the Collinsville (Ill.) School District.

“I’m definitely pro-education,” Fedorchak told the board. “I don’t have an ax to grind. I’m not here to chase an issue or try to block something from happening or go after a teacher or anything like that. I just feel it’s time to serve … I think it’s my time to step up. I think I could bring some fresh thinking, help build some consensus and be a great asset to the board.”

Fedorchak said Mehlville teachers are “some of the lowest paid in the county” even though salaries and benefits consume more than 75 percent of the district’s budget.

“That to me is a major priority,” he said. “You’re not going to be able to continue excellence, you’re not going to continue meeting state standards or improving test scores without quality teachers and keeping them well-trained and motivated. If they can leave the district and do the same job for another district and make $5,000 to $10,000 more, they’re going to. So that to me is a major priority … That’s No. 1.”

He cited facilities and technology as his second and third-highest priorities.

Asked to give his ideas for ongoing community engagement, Fedorchak said there is “somewhat of a disconnect in the community,” one of the reasons the district has been largely unsuccessful with passing tax-rate increases.

“Since my name showed up in the newspaper I’ve had several people come to me and say: ‘Hey that’s great, but don’t raise my taxes if you get picked to serve on the board,'” he said.

Mehlville’s community-engagement program COMPASS — Charting the Oakville-Mehlville Path to Advance Successful Schools — was a great idea, but it mostly only attracted people with a vested interest in the district, Fedorchak said. He suggested the district expand its online social media efforts.

“I don’t know how you’re going to overcome those objections that I hear from a lot of people in the community, but we have to try,” he said.

Later, board member Rich Franz asked Fedorchak — as he did with all the applicants — if he was willing to publicly commit to not endorse a tax-rate increase or bond issue proposal, at least for the remainder of the unexpired term. Fedorchak replied that he was not.

The district must find alternative means to fund its programs, such as corporate contributions, grants, and local sponsorships, Fedorchak said.

At one point, he suggested that individual board members take on “pet projects,” such as fundraising for a performing arts center.

“I don’t see a tax levy passing in the current economic conditions and based on the history of the district. Whether I support it or not, I don’t think it’s going to pass. In terms of a commitment, I don’t think I can make that commitment,” he said.

Fedorchak said the overall goal of education should be to prepare children for the future and “make them a lifelong learner.”

He said he’d like to see a longer school year and curriculum kept relevant. However, the board generally should rely on the administrators it hires to make changes to curriculum, he said.

Board members on June 30 offered praise for each candidate’s responses to interview questions. President Venki Palamand thanked the candidates for applying and urged them to consider running for election in April.

“We certainly have some very good candidates to choose from,” he said at one point.

However, the majority of the school board agreed that Fedorchak, in particular, was well-prepared for his interview.

“I thought Ron’s interview was exceptional because I thought he showed more preparation as a lay person in understanding how the school district works, finances and the various issues,” said Felton, adding that he knows Fedorchak through the Strings Program and volunteer coaching.

“… You can tell that he did his homework; he’s done some serious reading … I think in my mind he fits into the team concept as well as anybody else we heard. I think he would be an asset to the board,” Felton added.