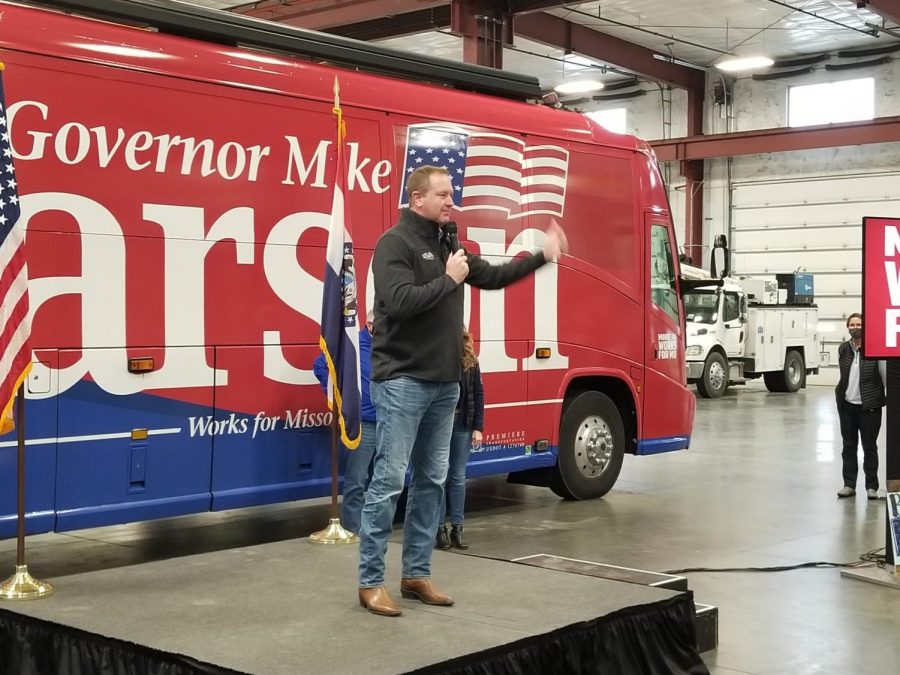 With around half of precincts reporting, the Republican incumbent was declared the winner by the Associated Press around 10:15 p.m., leading Finneran 62 percent to 35 percent.

“You wanted a tough on crime, law and order attorney general for our great state and we will have one with Eric Schmitt serving as Missouri’s chief law enforcement official and top prosecutor,” Schmitt’s campaign stated in a tweet shortly after he was declared the winner.

Gov. Mike Parson appointed Schmitt to the position in 2018 to succeed Josh Hawley, who was elected to the U. S. Senate that same year. Schmitt took office in January 2019. Schmitt was serving as the state treasurer at the time, after eight years representing the 15th District in the Missouri Senate, a district that includes Sunset Hills and parts of Concord.

Schmitt, 45, has touted a tough-on-crime record and vowed to be a fierce opponent of the “Defund the Police” movement.

For more than a year, Schmitt has led a legal fight against a key prosecution reform in Missouri. He’s argued all the way up to the Missouri Supreme Court that local prosecutors do not have the authority to ask for a new trial when they feel a person was wrongfully convicted.

Finneran, 36 and a former federal prosecutor, pushed back against Schmitt’s position, saying that prosecutors have a duty to uphold justice, not just convictions.

He also criticized Schmitt for joining a lawsuit of state attorneys general trying to undo the Affordable Care Act.

“We fought hard, but it looks like we came up short tonight,” Finneran said in a tweet. “I called AG Schmitt a few moments ago to congratulate him on his victory. The race is over, but our fight is not. I will keep fighting for integrity and accountability in our state government, and I hope you will too.”

The Attorney General’s Office provides legal advice to most state agencies and brings and defends lawsuits on behalf of the state.

Just last week, Schmitt’s office was defending the state in a lawsuit centered on Missouri’s rollout of the medical marijuana program.

Before being appointed as attorney general, Schmitt was state treasurer, an office he won in 2016. Prior to that, he was a member of the Missouri Senate, representing parts of South County from 2009 to 2017.

In response to the Ferguson unrest, Schmitt successfully sponsored legislation in 2016 limiting the amount of revenue municipalities can collect from ordinance violations, such as peeling house paint or tall grass.

Schmitt graduated from DeSmet Jesuit High School in St. Louis County in 1993 and from Truman State University in 1997.