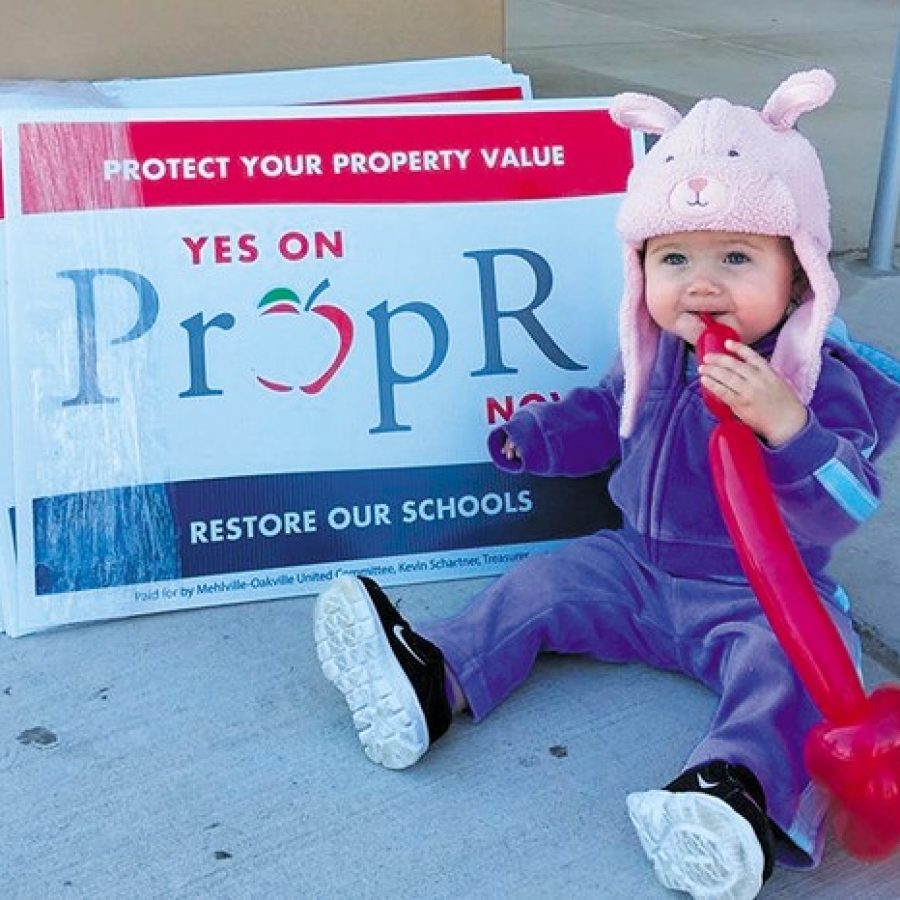 Pictured above at an Oct. 17 Prop R mini-rally is Mariska Stormer, 1, daughter of Board of Education Secretary Samantha Stormer.

Oct. 29 issue, on the impact to the community if Prop R fails:

Beginning with the August

and nearly every meeting for or against in between, the Call has been there to cover it all. Board members have

in a rare move because of the impact they say it will have on area property values, and although most state and county officials are

. To read what the St. Louis Association of Realtors said when it endorsed Prop R and what Lindbergh Superintendent Jim Simpson thought of key aspects of the plan, click

Among those in the community opposed to Prop R, one of the most outspoken has been Jim Murphy, the father of board member Jamey Murphy, who was absent from the vote for Prop R. Jim Murphy gave a presentation on Prop R

. Also speaking out are former board members

, who served alongside each other on the Mehlville board but have taken strikingly different views for and against Prop R.

Among those in favor,

has said he can’t think of a single reason not to vote for it, and Mehlville High School senior Danny Bitter took on some of the district’s critics in a

that changed some minds about the district’s auditorium and its return on investment. Danny is one of several students who have asked the board for more money for their schools, including

for the district’s need for funds at the State of the District address, which he called the “

whether the district needs more money and

Letters to the Editor: