Eclipse Guide 2017: Tips and tricks for safely enjoying the eclipse 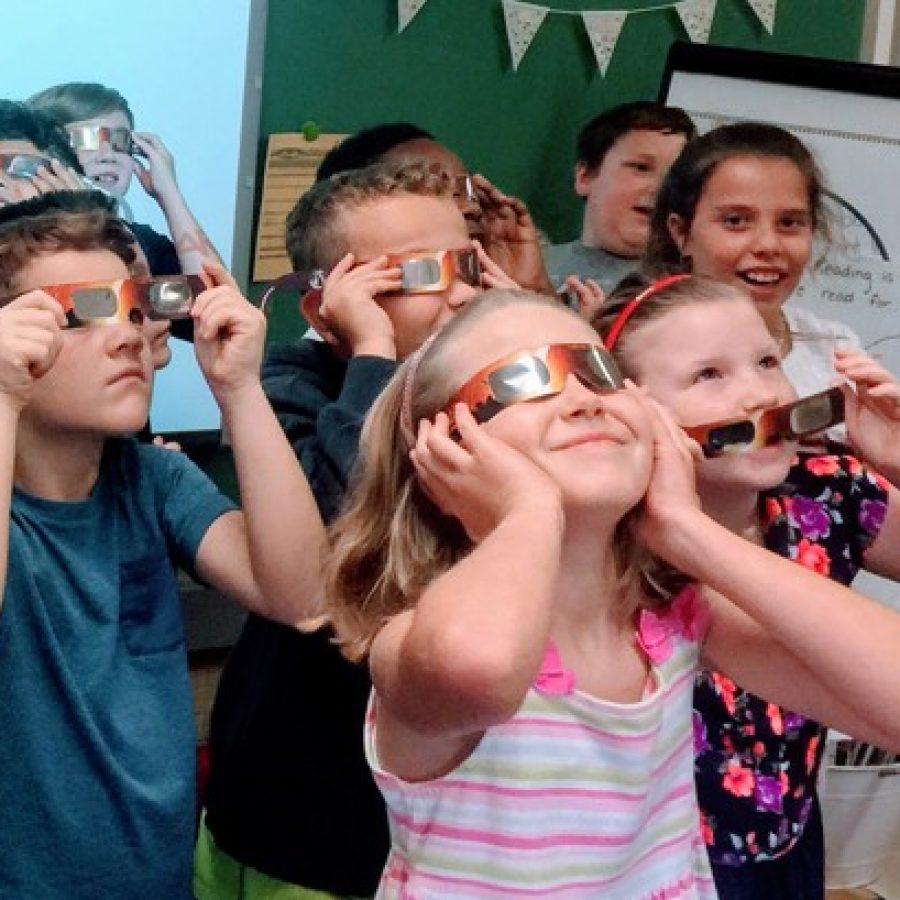 You know where you’re going to view the Great American Solar Eclipse Monday, you’ve got your eclipse glasses, and you’ve gassed up the car as recommended by emergency officials. Now what?

You can plan every aspect of Monday’s eclipse down to the tiniest detail, but factors like weather are out of anyone’s hands.

But you can plan some fun activities in the hour and a half leading up to and after the total solar eclipse, and to help you, we sought out advice from some of the world’s most prolific eclipse watchers who live right here in St. Louis.

But first, you’ll need to make sure you wear eclipse glasses. For everything you need to know about the glasses, click

. Scroll down to find out how to safely use a smartphone to take eclipse photos.

Sharon and Billy Hahs of Kirkwood have chased eclipses all over the world for the last 26 years and have a fairly high success rate of clear weather: They’ve seen 11 of the 14 eclipses they’ve traveled far and wide to see.

They were rained out in Costa Rica, snowed out in Mongolia and clouded out in Ethiopia. But they’ve seen magnificent eclipses on six continents, visiting such far-flung places as Australia, Zambia, Libya and the Easter Islands along the way.

This time, the eclipse is coming to them. They’ll get to see it alongside their friends and family at the Hahs family homestead in Sedgwickville, near Perryville, that’s been passed down for generations.

Since they tried to see that first eclipse in Costa Rica in 1991, the couple has been asked repeatedly why they travel to such far-flung places to see a few minutes of total darkness.

“Monday that question will disappear,” Billy Hahs said. “Literally millions will see an eclipse, and the mystery of why anyone would go to one will be solved. It’s a spectacular thing.”

During the partial eclipse before and after totality, you can stand under a leafy tree that has sunshine going through it and, by looking down at the ground, see a view similar to what you would see through a pinhole camera as the crescent grows and fades.

Another nifty trick uses a common kitchen tool. When they go around the world to see eclipses, the lug a colander — just like the kind you would use in the kitchen.

They hold the colander in front of them, creating the same kind of images that mimic a pinhole viewer. You can splash it onto a wall or different surfaces to see the effect.

“Whatever’s happening up with the sun and the moon, it will capture it on the ground or the wall,” Sharon Hahs said.

They also make sure to buy No. 14 welder’s glass — not the more common No. 12 glass — from a welder’s shop and hold it up over their eyes in place of the glasses.

The glass is very dark and shuts out 99 percent of sunlight, so it functions like the glasses, Billy Hahs said.

“It’s fun to always bring a piece of that glass with us,” he said. “There are lots of ways to look at it without the glasses.”

The Great American Solar Eclipse will be the first to hit the mainland United States since the smartphone revolution.

Since few people experiencing this eclipse will have ever taken photos of an eclipse with a phone before, we turned to Canadian astrophotographer Andrew Symes for advice on how to take photos without frying your eyes or your equipment.

Almost no one knows more about taking photos of the sky with an iPhone than Symes, who has taken photos of planets and stars using his phone through a telescope since he saw the launch of the Mars Curiosity rover at Kennedy Space Center in 2011.

To capture the eclipse, smartphone users should cover the phone’s camera lens with eclipse glasses just like the ones they’re wearing, Symes said. Just hold the glasses over the camera lens while you take the picture.

Although some people are warning that taking photos of the sun during the eclipse will damage the phone, Apple has concluded after testing that phones will not be damaged by taking pictures during the eclipse.

“It won’t break your phone — that’s been a common misconception I’ve heard,” he said. “But without the eclipse glasses as a filter, the moon is way too bright. It won’t actually damage the phone, but it’s not the best way to take the picture. It’ll look like a big blob.”

The moon and sun will show up as a small dot on your picture.

To get better photos, Symes warns eclipse photographers not to zoom in on the sun or moon. The digital zoom might look better in the picture-taking moment, but in the end you will get a better photo by taking the farther-away photo and cropping it later.

Although some people say they will just tape the eclipse glasses to their phone, Symes warns people who will be seeing a total eclipse to hold off on the tape. They will want to take the glasses off when the eclipse hits totality, and removing the tape would take precious seconds away from actually seeing the event.

“You want to be able to snap some pictures of the scene around you anyway, and take a selfie with the glasses on,” he said.

He warns people not to waste their precious moments of totality fumbling around with their smartphone. They should savor the moment instead.

“You want to really drink in that experience yourself with the human eye when it’s safe to look at it,” he said. “Think of it as a bonus if you get photos of the eclipse. And try to capture the scene around you. Make sure you enjoy the experience.”

In case of clouds or rain, your smartphone won’t take any better photos than you can see with your eyes.

“How you see it through the eclipse glasses is about how you can see it through the phone,” he said. “If it’s so overcast that you can’t see it with your eclipse glasses, you won’t be able to take a good picture, and that’s true of anybody photographing it even with the best equipment. If it’s totally overcast and raining, everybody’s out of luck.”

As an astrophotographer, Symes has come to accept that sometimes the weather just doesn’t cooperate, no matter how much people on Earth want it to.

No one should ever look at the eclipse through DSLR cameras, binoculars or telescopes without a special solar filter. If you’re not used to using telescopes, he doesn’t recommend starting with the solar eclipse.

If looking at the sun without any protective equipment between the telescope lens and your eye, “you’re guaranteeing that you’re going to physically burn your retinas,” he said.

But the steep risk of looking straight at the sun isn’t cause enough for people to hide inside their houses and miss out on a once-in-a-lifetime event. Staying safe is easy if people read up on what to do and what not to do.

To make sure that you’re ready for the few minutes of total eclipse, he recommends taking some practice shots of the sun with your phone and eclipse glasses the next few days to get a feel for what shots of the sun look like and what the process will be.

Above all, enjoy the moment, especially if you’re in the path of totality, which so many others don’t get to experience, he said.

Although he is Apple’s go-to expert on eclipse pictures, he’s never actually seen a total eclipse himself.

He will be taking pictures of the partial eclipse near his home in Ottawa, Canada, and hopes to experience totality in the 2024 eclipse that goes from Mexico to Canada.

By that time, south county residents might be seasoned pros at taking eclipse pictures after their brush with totality.