Dooley prevails over Corrigan in race for county executive 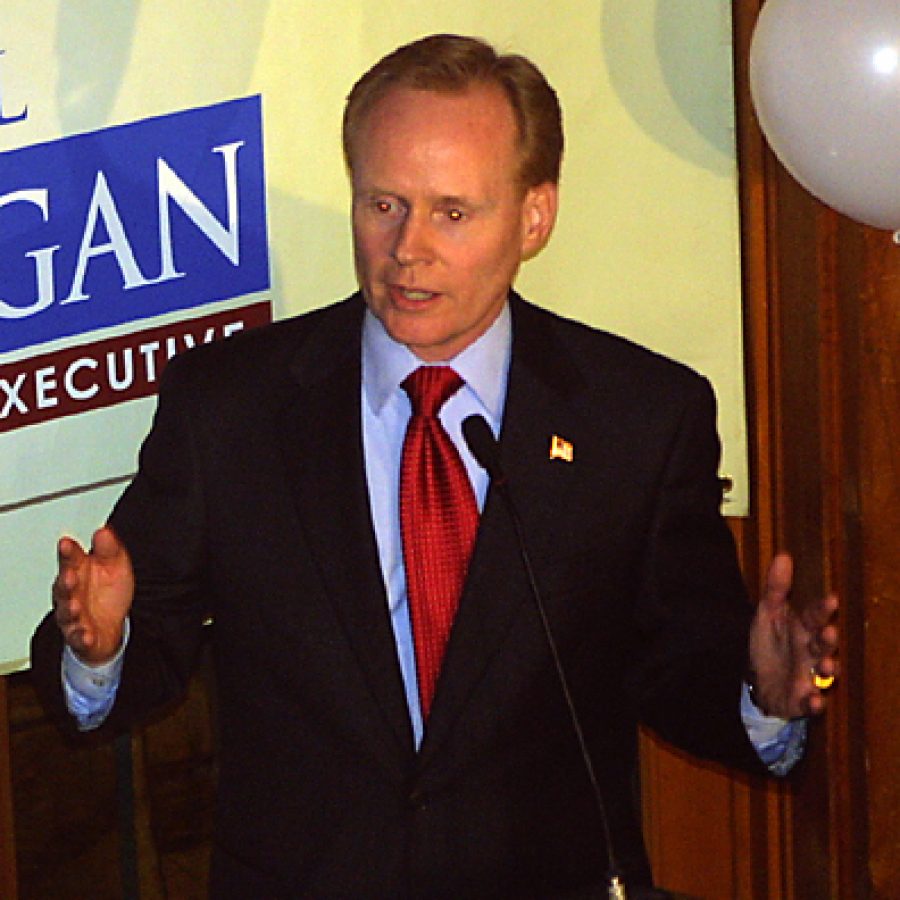 “I said from the very beginning: This race is about what’s best for St. Louis County,” Dooley told supporters election night. He added that although people “talked about a wave” of Republican victories, “if you’ve got a great program, you’re honest with people and do the very best that you can, they will reward you — they will vote for you. And I appreciate that.”

The disposition of support wasn’t lost on the county executive.

“I want to thank the voters of St. Louis County … and specifically north county,” Dooley said. “Usually when you get the absentee ballots, it’s an indicator of what the night’s going to be. And when it came back that I was down 10 percentage points, it just blew me away. I said: ‘That can’t be right, can’t be right.’ And I was right — it wasn’t right.”

But Corrigan trounced the county executive in south and west county, winning all 12 townships.

Corrigan’s strongest support in south county came from Oakville Township, where he captured 65 percent of the vote.

Dooley, meanwhile, fared best in Lemay, where he received roughly 44 percent of the vote.

Dooley, 62, was elected mayor of Northwoods in 1983 after serving five years as an alderman. He was elected in 1994 as the 1st District’s county councilman and served in that post until the County Council voted unanimously to appoint him county executive after the October 2003 death of County Executive George R. “Buzz” Westfall, who’d served in that post since 1991.

“I’ve been an elected official over 30 years,” Dooley said last week, but added, “This is the most gratifying one of all.”

Corrigan, 51, ran an aggressive 15-month campaign promising county residents better leadership. A year or so after announcing his candidacy, the Corrigan campaign had amassed $1 million in contributions — more than McNary and Passanise raised, combined.

The lawyer from Ladue frequently portrayed his opponent as a corrupt elected official who in seven years had dragged down the county economically.

“He’s served the people of this county for seven years. The people have asked him to serve for four more years,” Corrigan said. “He’s been a longtime public servant in the community.”

Corrigan touted a trio of plans he’d proposed throughout the campaign that he contended would bring the county economic prosperity and its government accountability and transparency.

“This campaign was about our economic revitalization plan, our tax plan, our ethics plan,” he said. “We had ideas. And those ideas aren’t going to die. They’re out there.”

He added, “We had a dream to lead this county. And we offered the county our leadership and vision … I can tell you that we did our best.”

The County Council, as a result, will retain its 5-2 Democratic majority.

County Prosecuting Attorney Robert McCulloch was elected to a sixth term Tuesday. He became prosecuting attorney in 1991 and has been unopposed for re-election since 1998.