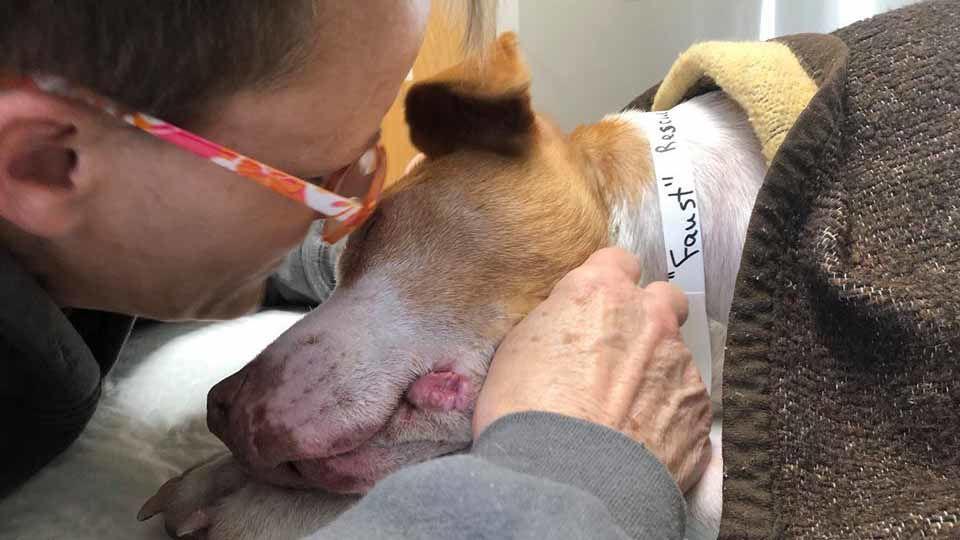 Faust, the dog that was euthanized Feb. 11 by St. Louis County after biting a veterinary technician at an animal hospital, did not have rabies after all.

Faust was found two weeks ago by a postal worker, nearly frozen to death, and brought to Stray Rescue of St. Louis to be treated. Stray Rescue, a nonprofit that operates its own animal shelter and also contracts as animal control for the city of St. Louis, later transferred Faust to Veterinary Specialty Services in Manchester for further treatment.

Sometime after waking up from a coma, Faust on Feb. 11 bit a VSS vet tech, who reportedly had minor injuries but did visit a hospital. St. Louis County Animal Control picked up Faust and euthanized her within hours, despite state law that requires a 10-hour quarantine.

Missouri law and county ordinance require all dogs that bite a human and break skin to be quarantined for rabies observation for at least 10 days, unless the dog shows signs that indicate rabies, in which case the animal should be immediately euthanized, said the St. Louis County Department of Public Health, which oversees animal control.

According to the department, Faust was displaying inappropriate neurological responses the day she bit the vet tech, requiring her to be euthanized immediately.

Faust’s brain was sent to a state lab for testing, but the tests were negative.

Despite the fact that the tests were negative, the county Department of Public Health stands by its decision to have Faust euthanized due to the symptoms she was displaying that day.

The department issued the following statement:

“As reported, Faust, a six-year-old pit bull was in critical condition when she was transported to our facility on February 11th after biting a person through the skin. Our veterinary staff immediately observed Faust was suffering and in acute distress. She had multiple signs of neurological damage and other potential signs of rabies with no other presenting cause such as a head trauma. Faust was stumbling, had difficulty lifting herself up and expressed inappropriate neurological responses.

“These factors led to our decision to euthanize Faust. The veterinary staff followed all appropriate medical protocols in this case.

“The State of Missouri has confirmed Faust tested negative for rabies. Our veterinary staff’s decision, while difficult, has been supported by the State Veterinarian and the Missouri Veterinary Medical Association. The protocols we strictly adhere to are important for the protection of both people and animals.”