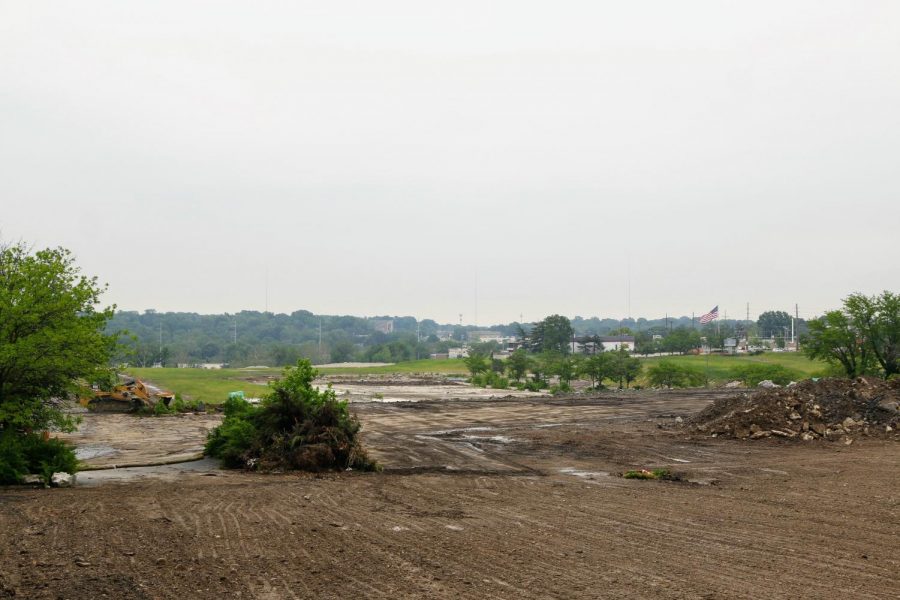 The $67 million redevelopment of the Crestwood mall site proposed by Dierbergs will not move forward without tax-increment financing, the developer told the Crestwood TIF Commission ahead of Thursday’s public hearing.

“I can unequivocally say that  …  it’s not feasible for us without a TIF,” Dierbergs Director of Real Estate Brent Beumer said at the May 27 commission meeting. “It just will not happen.”

St. Louis-based grocery store chain Dierbergs is asking for $17 million in TIF and a Community Improvement District sales tax for the shopping center it proposes on half the site that once housed Crestwood Plaza mall. The other half will be a new 81-home subdivision from McBride Homes, which will not be part of the proposed TIF. The full site will have to go through mixed-use zoning from the city of Crestwood to move forward, which will happen after a decision is made on the new TIF.

The projects combined will never bring in the money that the Crestwood mall once did, according to the report written by PGAV Planners: “The Crestwood Plaza site will not redevelop with any combination of uses that will replicate the economic engine that was present. However, there is a level of retail demand that can be met at the site but not in the current conditions that exist.”

The entire site already has a $25 million TIF that has never been used, which the new TIF would replace. Under the existing plan approved by a prior Crestwood TIF Commission in 2016 for current owner UrbanStreet Group, the entire site has $25 million in TIF, CID and other incentives for a large mixed-use development encompassing the entire site.

“The portion that McBride is proposing to develop doesn’t involve TIF incentives at all and that portion of the site is within the current TIF boundaries, so you’re taking something that is within the TIF overlay and taking it out of a TIF —  school districts, etc. will have the full economic benefit of the real-estate taxes generated from new homes in that area,” Beumer said. “ … We could not be more excited about having McBride as a co-developer if you will, but I want to be clear that they are not the ones looking for TIF.”

Chicago-based UrbanStreet spent roughly $6 million to demolish the old mall building with the intent of making the site more buildable, but since nothing was ever built, none of the TIF money ever went into effect at the site.

The demolition made the site look more attractive for development, but it also backfired since the new developers have to largely backtrack on that demolition and start over, Beumer said. Large chunks of concrete that were used to fill in the old mall’s underground parking garages will have to be removed, and dirt that was brought to the site from the construction of the Centene expansion in Clayton will have to be remediated and removed, according to an analysis from Dierbergs engineers.

Dierbergs’ cost-benefit analysis shows that $14 million will have to be spent just to get the site ready for construction of the shopping plaza.

PGAV planner John Brancaglione, who has worked at the site over the years as three other redevelopment plans have come and gone, said that the demolition was useful but not what he expected and was told would happen when he visited the mall site the first day of UrbanStreet’s demolition.

To quality for a TIF, an area has to be declared blighted under Missouri state law.

Even though more than a million square feet of buildings were demolished, the site requires significant work that still qualifies it as a blighted area, Brancaglione said.

By demolishing the mall, UrbanStreet took out any internal roadways, parking, utilities, walls along Watson Road and the parking garage, so none of that can be repurposed in the new construction. The remnants of those parts of Crestwood Plaza were buried in the parking garage under topsoil, which is unstable for building.

“I spent the better part of a day out there in December and I hadn’t seen this site since the demolition began — I was there on that day — and I was actually quite surprised to see what was left,” Brancaglione said. “So the problem becomes 1. that you can’t build over top of those improvements that have left behind, in particular the concrete and asphalt paved surfaces because you subject anything that’s built on top of it to moving around. So all of that has to be redone. … There are all kinds of conditions on this site that are either insanitary or unsafe, I walked it end to end. … You sort of have to be a mountain goat to get around it.”

There’s no vehicular access to the site as it stands right now, no lighting and it has drainage issues that crews were there trying to fix in December as Brancaglione was visiting. A screen wall between the site and neighbors is damaged and significantly leaning. A soil consultant and engineering consultant documented the bad soil conditions in the proposal released by Dierbergs.

Even the existing businesses along Watson Road, like Calvert’s Auto Express and City Music, add to the blight because their buildings do not conform with modern planning standards and are too large on sites that are too small, Brancaglione argued. Dierbergs is hoping to buy those two properties and add them to the development.

Planners pointed to the declining assessed valuation of the mall and the Calvert’s Auto Express as evidence of blight at the site. UrbanStreet bought the mall for $2.6 million in 2015, and the market value even with the demolition has only gone up by about $600,000 from that, Brancaglione said. City Music has slightly increased in value since 2015, but the Auto Express property has declined in market value by 58 percent, according to the figures in the proposal.