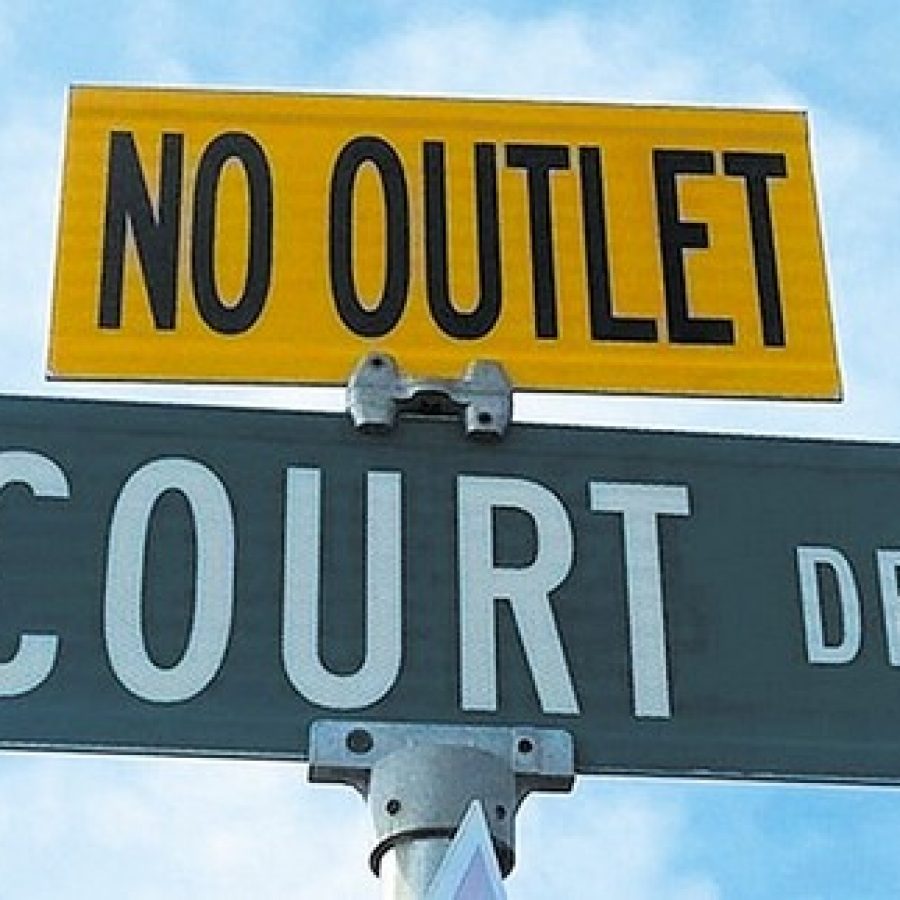 The day before a scheduled final vote on a credit union proposed for the Court Drive neighborhood in Sunset Hills, the developer requested that it be postponed, and the future of the project is up in the air.

Since a tornado leveled much of Court Drive on New Year’s Eve 2010, the street’s residents have fought the possibility that their residentially zoned neighborhood could turn commercial.

That has primarily meant opposing the commercial hopes of developer Dr. George Despotis, who last year dropped plans for a grocery store at the corner of West Watson and South Lindbergh Boulevard next to Court Drive, but recently signaled he’s willing to go to court to build a First Community Credit Union on the corner.

But just as the project was up for a final vote at the Board of Aldermen last week, Despotis requested that the project be postponed.

Mayor Pat Fribis told the Call that she asked Despotis’ attorney, John King, to see if both sides can come together and come to a resolution on what can be done at Court Drive.

The postponement of Despotis’ development is not permanent but temporary, potentially lasting a month so that the developers can reconfigure some things in response to the many concerns they’ve heard from residents at public meetings and from city officials, Pace Properties Vice President Rick Randall told the Call.

“We’re kind of regrouping and seeing if there’s any chance that we can improve the project in any way — I’m not sure if we’re going to be able to do that, but we’re working on that right now,” Randall said.

Court Drive residents, who have banded together as the Friends of Court Drive, oppose any commercial zoning along their street or West Watson.

The Court Drive developers would like to meet with the neighbors, but “they don’t seem extremely interested in meeting with us,” Randall added. “We’ve heard their comments at the public meetings a lot, so we’re trying to absorb that.”

Last year, Despotis and Randall dropped plans for a grocery store on the lots between Court Drive, West Watson and South Lindbergh after resident opposition rose up against the idea.

The Planning and Zoning Commission changed the city’s new Comprehensive Plan to call for the Court Drive area to stay residential, and the panel rejected the credit union 7-1, with member Steve Young in favor.

Whatever changes Despotis and his team make to the current plans, the keystone of any new proposal would still be the credit union, Randall said.

“We continue to feel that the credit union is the correct answer for the corner of West Watson and Lindbergh,” he said, although he declined to elaborate more on any changes in the works. “We’ve just delayed and are looking at some things that we think might help alleviate some concerns of the residents. We just need to work on it a little bit more.”

Court Drive resident Ann McMunn, who has spearheaded opposition to any commercial development at the site, said she had not heard from King or Despotis directly but had heard through her alderman that King might want to meet to talk about adding single-story condos to the site.

“Then there was the mention of the bank still being proposed with condos, to which I replied, ‘No deal,’” McMunn wrote in an email to the Call. “If he’s interested in condos, why a bank at all?”

McMunn questioned whether any condos at the site would be residential or commercial, like others in the city.

No meeting is in the works, she said, since she has not heard anything from the developer or from city officials.

“I don’t trust the other party,” she added.

Meeting in closed session after the June 14 public meeting, the Board of Aldermen voted unanimously to offer the position of city administrator/city clerk to Lake St. Louis Assistant City Administrator Eric Sterman and negotiate a contract under the terms agreed to by the board, which were redacted in the minutes of the meeting released to the Call by City Attorney Robert E. Jones.

The entire board was physically in attendance for the 8-0 vote, including new Ward 4 Alderman Mark Colombo, who was sworn into his position earlier that night.

He takes the former Ward 4 seat of Fribis, who was elected mayor in April.

The Lake St. Louis official has until this week to let the city know if he is accepting the position.

He would be the first city administrator to serve in Sunset Hills. Sterman oversees hiring for Lake St. Louis, along with economic development and marketing, ac-cording to the city’s website.

Before taking his current position in Lake St. Louis in 2011, Sterman served as the assistant city manager in Ellisville and as a management analyst for Clayton.

Creve Coeur resident Sterman earned a master’s degree in public administration from St. Louis University. Besides his city jobs, he’s worked in the private sector as a consultant with Accenture LLP and participated in city internships with Ellisville and Rock Hill.

The board unanimously voted in a May 10 closed session to file a lawsuit against PNC Bank, alleging breach of contract, to collect the Grandview subdivision’s un-paid escrow for road maintenance.

Jones, who is representing the city in the lawsuit, gave an update at last week’s board meeting, noting that the bank had been served after the May 19 filing because representatives from the bank had contacted him.

The case is assigned to County Circuit Judge Mary Elizabeth Ott, and a hearing in the case is scheduled for 9 a.m. Tuesday, July 5.

Now that the city has taken over, officials say that the bank has declined to release the escrow fund to pay for road maintenance.

Colombo lives in Grandview, but the vote to file the lawsuit to collect the escrow happened before he was sworn into his board seat last week.