Board will consider proposal at 7 p.m. Tuesday, Dec. 13 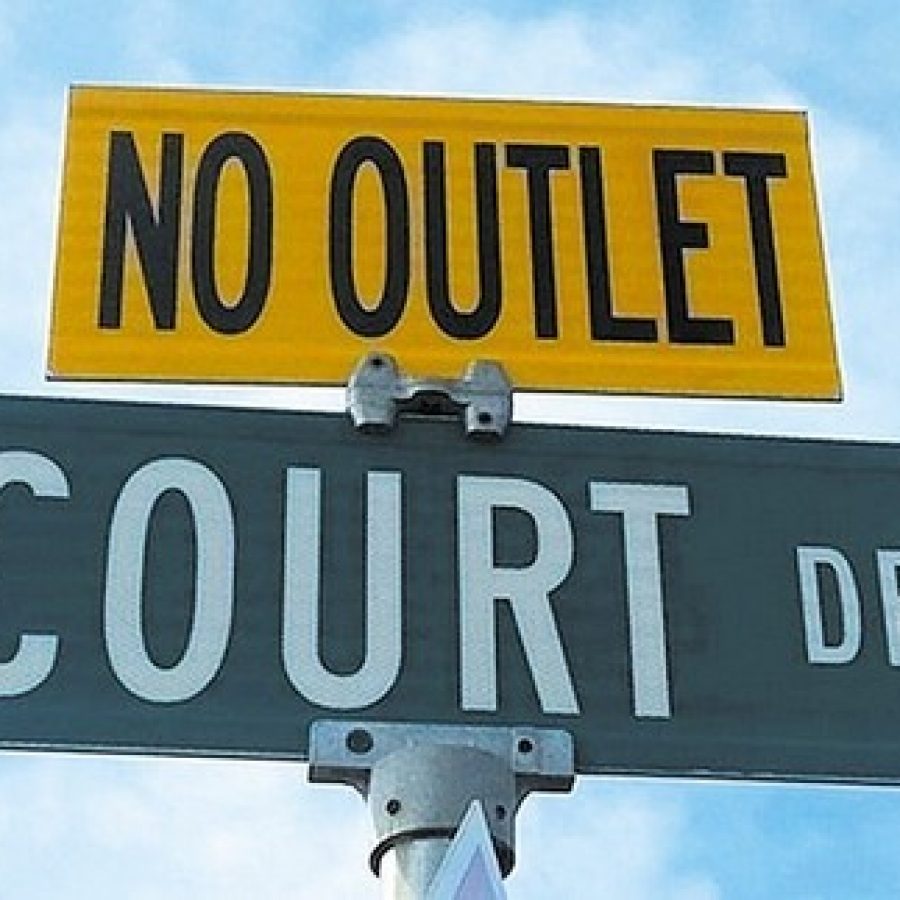 Des Peres physician Dr. George Despotis is fighting back against his critics to stand up for what he calls the true victims of the city’s 2010 tornado — his fellow Court Drive property owners who want to sell to developers.

Despotis said he was motivated to speak directly to the board during non-agenda public comments at last week’s Sunset Hills Board of Aldermen meeting because of “ongoing inaccuracies contained within internet sites and newspaper reports” about a plan from Pulte Homes to build 20 villas and a credit union along Court Drive and West Watson.

“I am compelled to set the record straight and provide you with the perspective of an alliance of Court Drive and West Watson property owners,” Despotis said. “To clarify, I am not a commercial developer, but rather a trustee with both attendant fiduciary responsibilities and ethical directives pursuant to my mother’s expressed interests in equality and fair play.”

The Pulte proposal was not formally discussed at the board’s Nov. 2 meeting and will instead be considered when the board next meets at 7 p.m. Tuesday, Dec. 13, at City Hall, 3939 S. Lindbergh Blvd.

Despotis inherited property along Court Drive from his late mother, Olga Despotis, who successfully sued the city in the 1970s to force a commercial rezoning of a Lindbergh-fronting site. Through his attorney John King, Despotis has threatened to take the city to court again.

The houses that used to border Lindbergh were destroyed in the 2010 tornado, and many entered into contracts with Despotis for redevelopment. Last week, Despotis blamed city officials for listening to surrounding residents who want the area to stay residential over the property owners more directly impacted by the tornado.

“Within a few months of the tornado, the property owners who were driven from their homes effectively lost their representation as their elected officials decided to align themselves with a greater number of local voters to the west whose homes were spared,” Despotis said. “The Alliance was formed to permit the voices of the property owners most affected by the tornado to be heard and become its de facto representative.”

The ongoing city dispute has not been be-tween commercial and residential, Despotis said, but between two groups of property owners — the Alliance that includes Despotis versus other city residents.

“It is these taxpaying longtime property owners whose interests are before you and should be respected,” Despotis said of the Alliance. He and those owners “have the right to determine the fate of their properties — made more poignant by the reality that they, not their neighbors to the west, suffered the calamity.”

The latest 4-acre plan involves 20 at-tached duplexes, four-plexes and five-plexes from Pulte with a First Community Credit Union on the West Watson and Lindbergh corner, which Despotis bought from former Ward 2 Alderman John Lit-tlefield after the tornado.

The Planning and Zoning Commission recommended denial of the plan 7-2 last month, with members Steve Young and Bill Hopfinger in favor of the proposal.

To make the villas financially “feasible” for the Alliance, the corner has to be commercial, Despotis said. The overall plan is still a “substantially lower return” compared to a full commercial use, however, he added.

The six reasons that Despotis gave aldermen to approve the plan are: It is a clear residential use for most of the tornado-ravaged area, and it is a “phased progression” to residential with a buffer from Lindbergh.

New residents can move to the city, which will provide an “important revenue base for the village.” It is an Alliance compromise “to accept a significant reduction in the value of their properties,” and it will have a “lack of negative impact” on traffic and safety and “clearly represents an aesthetic improvement over current conditions.”

Nearby residents who are not in the Alliance, however, are tired of having to defend their neighborhood from what they see as a constant threat of commercial encroachment.

Gerald Kovach, a 43-year resident of Court Drive, told the planning panel, “I guess we’ll just have to keep doing this. It’s been five years now, and we’ll continue to fight it because we want it to be kept residential.”

Another contested development near Court Drive is also back to the board again. Steve Saladin, owner of the Sunset Hills Jimmy John’s, hopes to move the restaurant down the street to 3751 S. Lind-bergh so he can add a drive-thru.

After outcry from the Sunset Chase residents who live behind the proposed site, aldermen rejected Saladin’s initial proposal in August 7-1, with Ward 3 Alderman Kurt Krueger in favor.

At the urging of some aldermen, Saladin brought back a modified plan with a smaller building, fewer parking spaces, a larger buffer and a separate entrance and exit.

Resident Kristi Leitner said traffic is already bad enough that she dreads the “white-knuckle experience” of picking up her three young children when their Lindbergh Schools bus stops on South Lindbergh, directly at the site of the proposed Jimmy John’s.

“I have lots of years ahead of me of waiting at this bus stop,” she said. “For the 27 families that live here, we’re going to have to deal with this every day.”