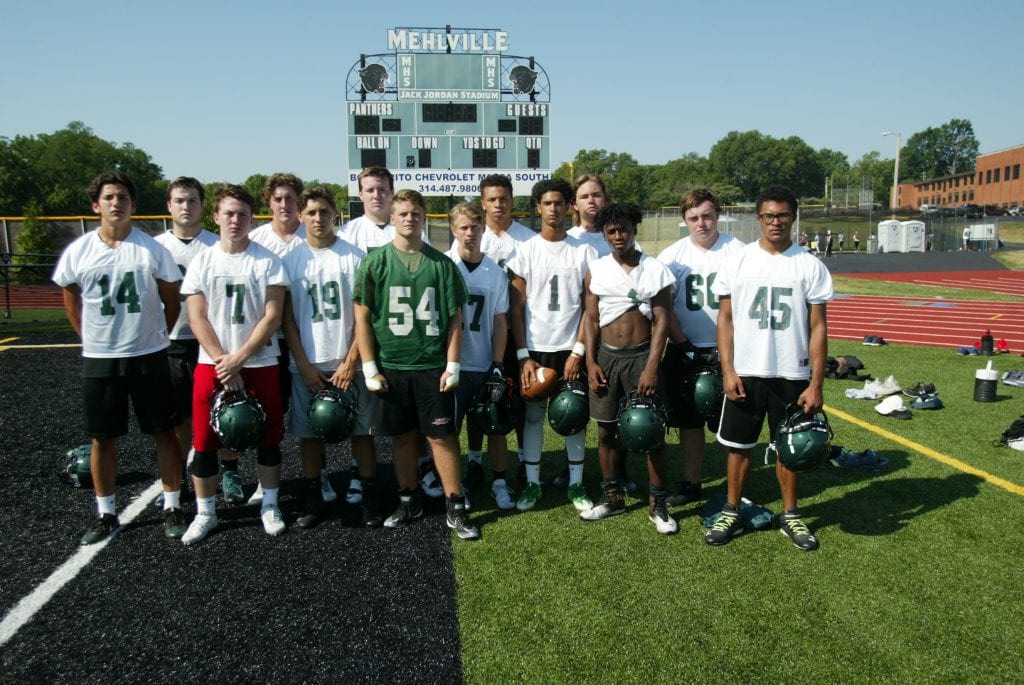 Going from being one of the top area programs to having a series of losing seasons has been frustrating for Mehlville High School varsity football fans, but there are reasons to believe the Panthers are close to getting back on top.

Despite going just 2-8 last year, Mehlville shows promising signs of improvement and has the potential for a breakout season in 2017.

The team has one of the tougher schedules in the area. Being matched against some of the most consistently top-ranked programs year in and year out advantageously sets a Panthers’ victory on a higher plateau because while it may be harder to reach, when they do, it puts them in a better position to be successful.

Over the past few years, the Panthers have remained competitive with top teams, but they just haven’t been able to get over the hump and win.

Head coach Kent Heinemann told the Call that he feels pretty good about this year’s squad.

“I’m optimistic. Again, we have a pretty tough schedule,” he said. “Those first three weeks are rough: Francis Howell, Pat-tonville and Hazelwood East. But we were in all of those games last year, so I expect us to be pretty competitive.

“We’ve got a lot of new kids. They’ve been working hard. They are coming together,” he added. “They are a good group of kids, and I’m just real excited to get rolling.”

The team has strong players returning all over the gridiron, including Shane McGroarty, John Groves and Darren Carr on the offensive line.

Heinemann said his team is pretty well-rounded, but one of the current strengths of the group is defense.

“I think our defense right now is pretty stout,” he said. “I feel like they are going to give us a chance to win, and I’m confident the offense is going to be there when we need it.”

The head coach said the key to building a successful team around his core group of returning players will be “motivating the guys to keep the big picture in mind.”