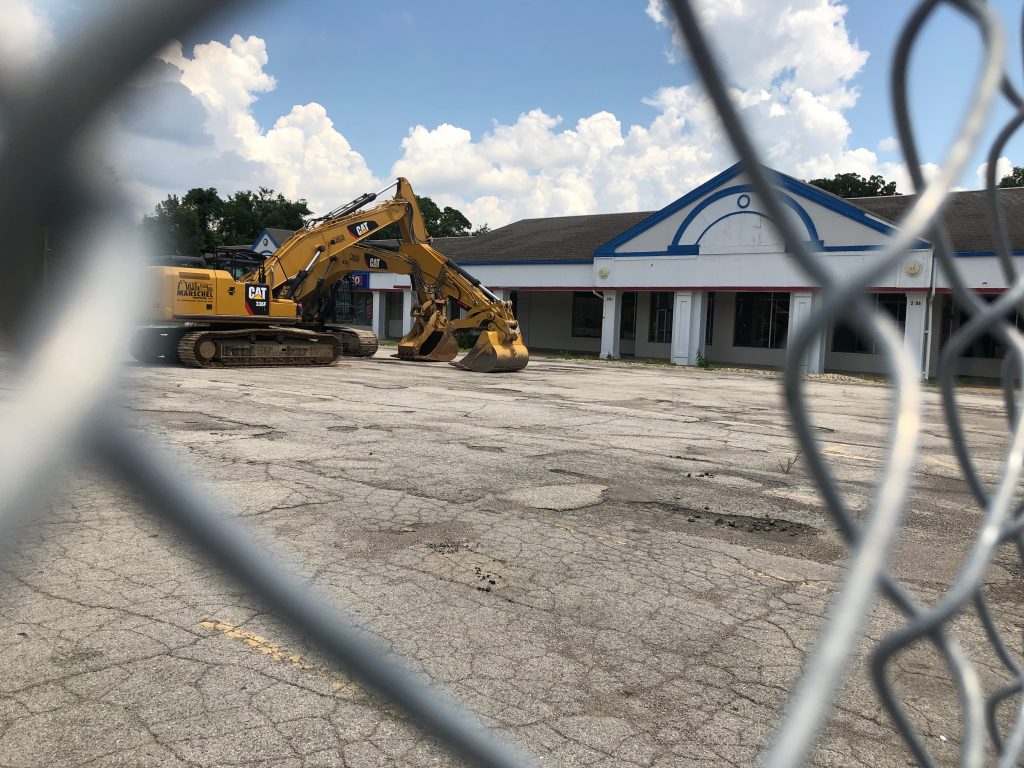 The construction fence and now-vacant parking lot at Franview Plaza at the site where Sentinel Emergency Solutions will build its company headquarters, as seen Tuesday, July 2. Photo by Erin Achenbach.

One of the key parking lots that spectators stake out for the JB Blast will be unavailable for parking at the annual fireworks display Wednesday night.

Sentinel Emergency Solutions plans to consolidate its two current locations in Arnold and Freeburg, Illinois, into one headquarters in Lemay at Franview Plaza, 2900  Telegraph Road. The company sells and services fire trucks.

The JB Blast concert and fireworks event is celebrating its 20th year at Jefferson Barracks Park, but some spectators line parking lots along Telegraph Road to see the festivities.

“From what I understand, a lot of the South County residents use that parking lot to park for the JB Blast every year,” Sentinel owner Bill Franz told The Call. “But we have a construction fence up with the demolition that’s going to happen, so there’s going to be hardly any parking at all on that lot.”

The parking lot is currently fenced off waiting for the plaza to be demolished to make way for the company’s new building. The project can get underway “as soon as Ameren cuts power,” he said.

Franz has been trying to spread the word through the newspaper and the Lemay Chamber of Commerce.

Franview Plaza, a shopping plaza in Lemay just off Telegraph Road, is an L-shaped retail strip with several tenants, but the largest space had gone unfilled for seven years before Sentinel purchased the property. It was initially occupied by an A&P grocery store.