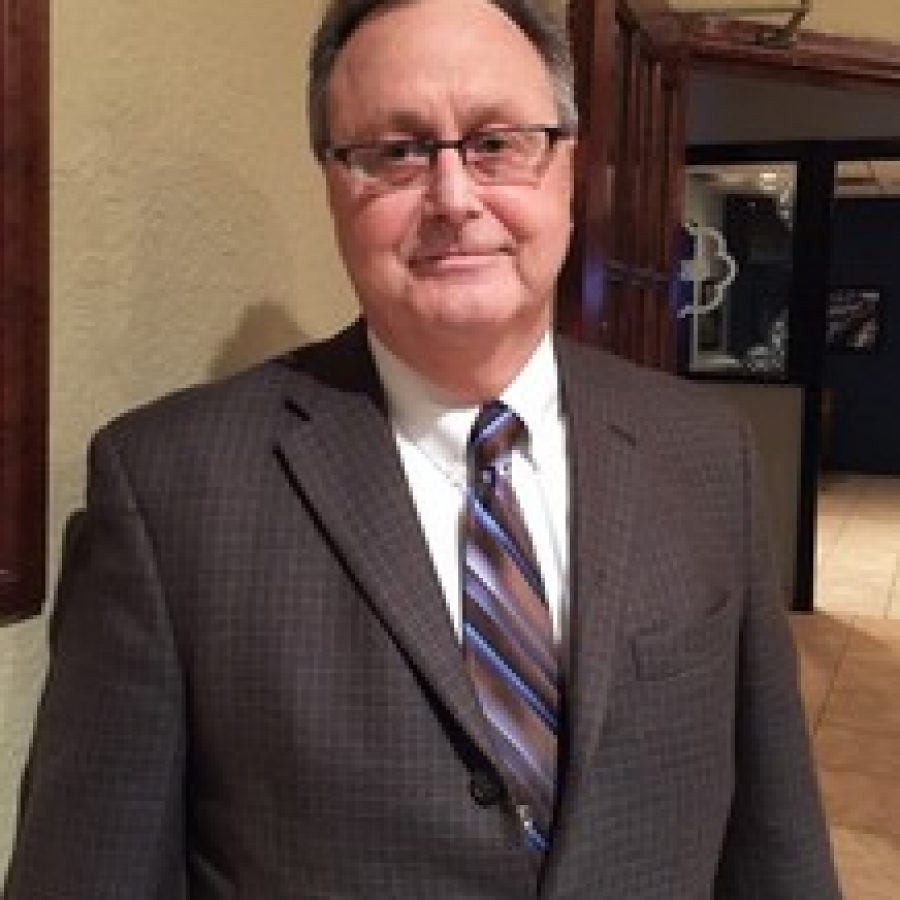 In the special election the County Council just approved to coincide with the April municipal and school board elections, Kevin O’Leary, 62, of Oakville, former owner of O’Leary’s restaurant and bar in Sunset Hills, will face Republican candidate Tony Pousosa, 43, who has been an alderman in Green Park since 2007.

Since such a short time frame for an election leaves no time to hold a primary, special elections are filled through nominees elected by the council district’s committee members — in this case, the Democratic and Republican committeemen and committeewomen from the Gravois, Lemay, Concord, Tesson Ferry and Oakville townships.

When Democrats met Thursday night at Crusoe’s Restaurant in Oakville, some Democratic Central Committee officials believed that two candidates — including Mehlville Board of Education Vice President Venki Palamand — were going to run.

As the event opened, Palamand addressed the crowd of Democrats gathered and said that while he had planned to run for the seat, he would remove himself from consideration for the nomination after he had been asked to do so by a representative from Stenger’s office. Palamand, an engineer and small-business owner, is a lifelong south county resident who was first elected to the Mehlville school board in 2007.

“I just want to say I was contacted by the county executive’s office and encouraged to support their preferred candidate,” Palamand said. “And that, along with the fact that the Mehlville School District has got some serious financial considerations right now — I felt that it was important for me to focus my attention on Mehlville. And out of respect for the request of the county executive, I am not going to seek the nomination for the 6th District County Council, and I wish Kevin all the best.”

Tesson Ferry Committeeman Jim Barrett, who was running the meeting, said, “On behalf of the committee, Venki, I want to thank you for being a good Democrat and the work you do, and look forward to what you do in the future.”

With Palamand dropping out of consideration, O’Leary’s nomination was a foregone conclusion. Although in the end both the Democratic and Republican nominations were made by acclamation, the atmosphere at the Democratic meeting was far more sedate than the two

, as shown even in the music Crusoe’s was playing as Democrats voted for O’Leary: “Peaceful Easy Feeling” by the Eagles.

Before O’Leary was even selected as the nominee, he had a $25,000 donation in hand from actor John Goodman, an Affton native who is O’Leary’s longtime friend and former partner in O’Leary’s pub. Goodman made the donation Jan. 16 but it was only listed publicly Friday, when O’Leary’s campaign committee officially debuted.

Stenger told the Call days before the vote that he was not endorsing anyone in the race, and it was up to the committee to make the decision on the nomination.

“I’m not pushing anybody, I’m going to let it be their decision,” Stenger told the Call Tuesday night. “It’s their decision who they want to pick.”

Asked immediately after he won the nomination if Stenger is endorsing him, O’Leary said, “Yes, he is. He’s doing what he can to help out.”

Stenger spokeswoman Allison Blood told the Call Friday, “He does support O’Leary now that he has been confirmed, but previously he didn’t want to have a hand in swaying what (the committee) chose. He didn’t have a hand in that, but now that they’ve chosen (O’Leary), he absolutely gives him his full support.”

A clear difference between Pousosa and O’Leary is that O’Leary is a political novice and has never held elected office before, while Pousosa has been an alderman since 2007.

A native of Affton and a lifelong south county resident, O’Leary moved to Oakville 31 years ago. He was a member of Teamsters Local 688 for nine years at Haas Bakery and then ran a newspaper route for 13 years. Collaborating with six partners, O’Leary opened Dulany’s restaurant, which he managed until he opened his namesake restaurant, O’Leary’s, in Sunset Hills with partners Goodman and Karl Kloster. After 17 years at O’Leary’s, the partners sold the restaurant last year, and it is still operated under the same name by the new owners.

After he sold O’Leary’s last year, he said he was approached and asked if he would like to run for the 6th District seat, and he agreed because he wants to give back to the area where he has lived his whole life. Stenger held the seat until he resigned Dec. 31, the day before he took office as county executive.

O’Leary has been married for over 40 years to his wife, Jan, and they have two daughters who are graduates of Oakville High School. He has served on city committees in Sunset Hills and on the board of the South County YMCA.

“I’m out here, I think I can make a difference, and that’s why I’m running,” he said after he was nominated, promising to improve communication between south county and Clayton on issues like the zoning for the National Church Residences senior apartment complex in Oakville.

O’Leary may be new to politics, but he staked out which side he’s on when it comes to any city-county merger early: He’s against it.