Deep dive into winning this year at Lindbergh High School 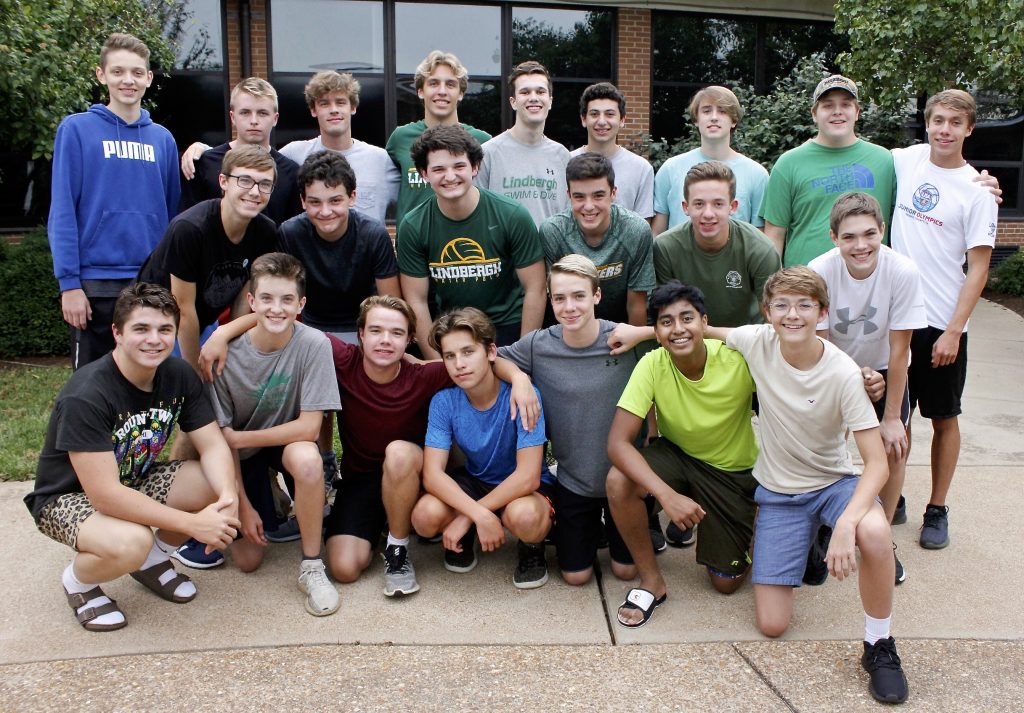 With four state qualifiers returning for the 2019 season, the Lindbergh boys swimming and diving team is looking to improve on last year’s 14th-place finish at the Missouri Class 2 state championships. “We lost a big piece of the puzzle from last year, but we’ve got several guys com- ing back that we’re really excited about,” Lindbergh head coach Tim Lombardo said. “I think our seniors can do some good things for us. That’s the great thing about this team, I think we have some potential this year.”

Senior Matt Deutschmann swims sprint freestyle events as well as the 200-yard individual medley for the Flyers. Last season Deutschmann took 19th in the 100- yard freestyle at the state championships.

“Matt adds a little bit of versatility for us as he can swim the 50, 100 or 200 freestyle along with the 200 IM,” Lombardo said. “We think that Matt is where he ended the season last year, and I’m really excited about what he can do.”

Another senior that will see action in the sprint freestyle events for Lindbergh is Patrick Akins, who took 26th in the 100- yard freestyle at the state championships.

“Patrick was a little inexperienced as a junior and we’re looking for him to take that next step this year,” Lombardo said. “He needs to be that guy that can finish in the top 16 this season.”

Sam Hunter will compete in the 100-yard backstroke after taking 17th in the event last season at state. The Flyers head coach believes that he’s on the verge of a breakout season.

“I’m super excited about where he is right now,” Lombardo said.

“Toby’s going to be pushing guys to make that 200 and 400 freestyle relay,” Lombardo said. “He’s naturally a sprint freestyler that we stretch out to swim the 200 free.”

“Preston is just a solid swimmer for us,” Lombardo said. “He can swim just about any event that we put him in and he’s just a super kid that’s a really good team guy.” Lombardo is also excited about junior Jackson Terrill, who placed 20th in the 500-yard freestyle as well as 27th in the 200-yard freestyle.