Decade of purchasing card use saves Lindbergh over $83,000 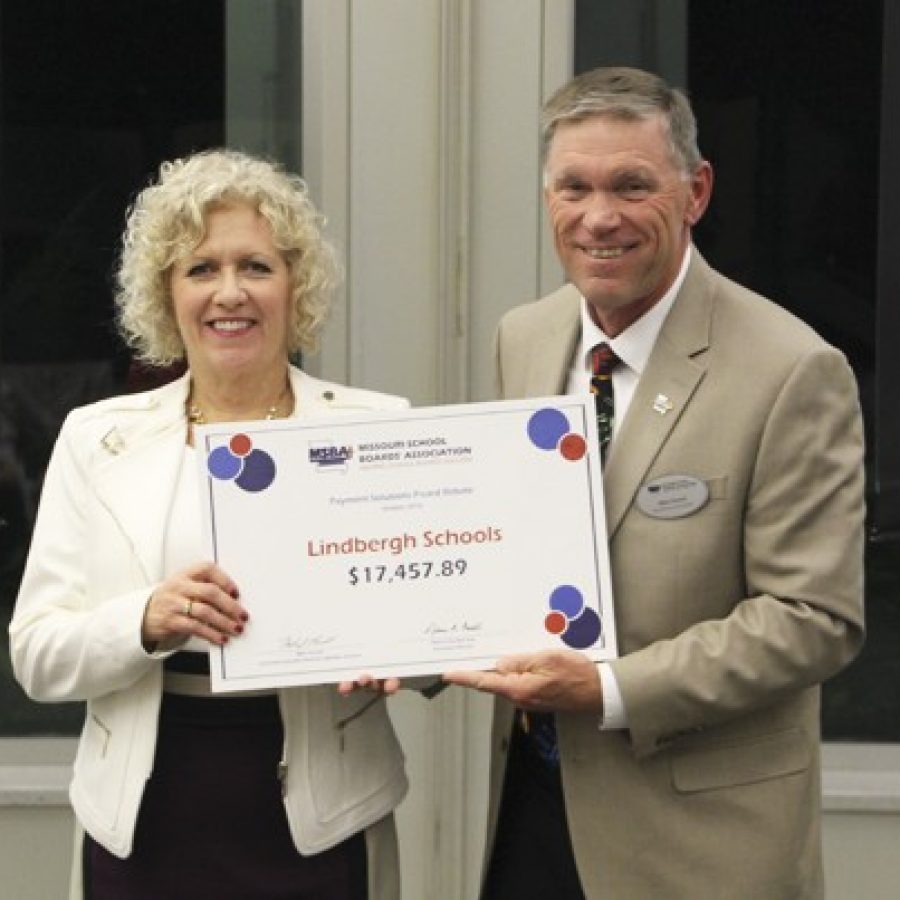 Mike Parnell of the Missouri School Boards' Association presents Lindbergh Board of Education President Kathy Kienstra with a rebate check totaling \$17,457.89 for fiscal 2016.

Over the last decade, Lindbergh Schools has earned $83,466.75 in rebates by using a purchasing card to pay for district expenditures.

“On behalf of MSBA, it is my pleasure tonight to present this check and commend you for being good stewards of district resources,” Parnell stated in a district news release. “Our primary goal at MSBA is to help school boards succeed, which is a goal that can be measured in many ways. One of those ways is through the management of district financial resources.”

MSBA’s P-card program allows districts to save and generate money by receiving cash back on day-to-day purchases.

This year, Lindbergh earned the third-largest rebate of all 51 Missouri school districts that participated in the program.