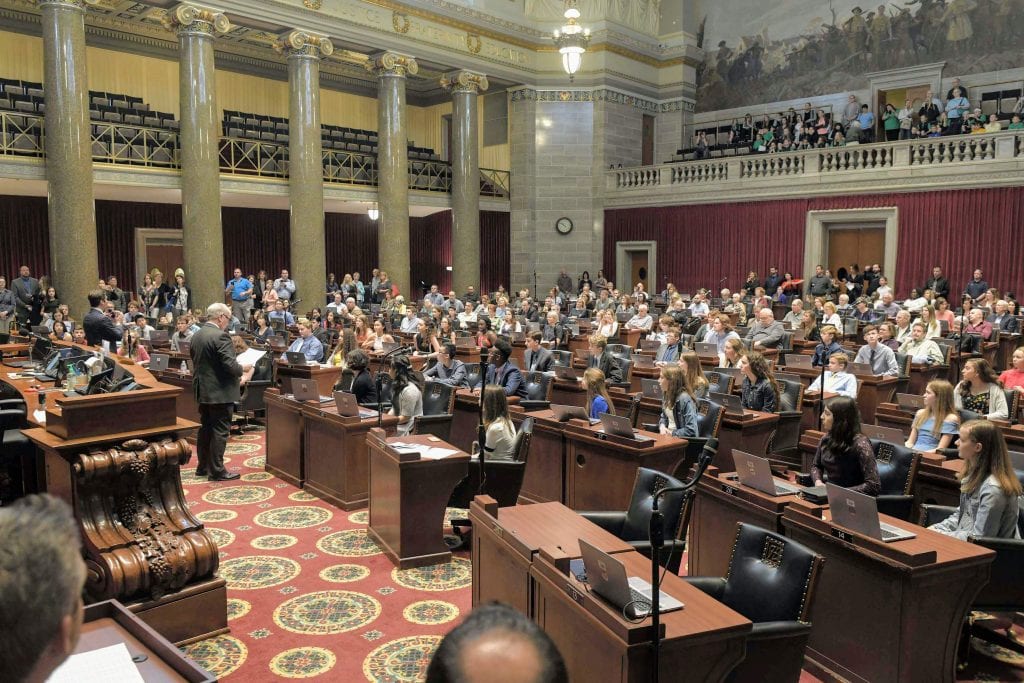 A resolution that would require that any merger of St. Louis County and city be approved by a local vote was approved by the Missouri House last week, just ahead of the decision by backers of the proposed merger to withdraw the plan for now.

House Joint Resolution 54, sponsored by Rep. Dean Plocher, R-Des Peres, is an amendment to the Missouri Constitution that adds provisions that require any new governments or mergers be approved by voters in the impacted area. Because it is a constitutional amendment, Plocher’s resolution would have to be approved by Missouri voters. The resolution passed the House 143-10.

Under Plocher’s proposal, two votes would have to occur before any kind of merger between St. Louis city and St. Louis County could occur: first a statewide vote and then just a local vote of residents of the city and county.

The resolution is a response to the proposed city-county merger plan unveiled by the group Better Together in January. Under Better Together’s plan, St. Louis city and St. Louis County would be merged to create one “metro-city,”  with one “metro mayor” and 33-member metro council that would oversee 1.3 million residents. Voters across Missouri were set to consider it as an amendment to the state Constitution in November 2020, but Better Together’s campaign arm Unite STL pulled the plan Monday, citing widespread resistance to a statewide vote and the corruption scandal that engulfed former County Executive Steve Stenger.

“In Missouri and in a democracy … the citizens of those counties should decide what kind of government they live under, and the right to self-determination speaks that … government requires the consent of the governed,” Plocher said on the floor of the House May 3. “We do not need statewide votes to compel our citizens to live under counties that they do not directly have the involvement in.”

The resolution will now head to the Senate.

“This at least allows us to be able to make a decision on the local level,” Beck said on the House floor. “I went to doors, that was the main concern people had, to make sure there was not a statewide vote, and I get contacted all the time on that.”

Murphy, speaking in favor of the resolution, addressed the House April 30 while the resolution was being perfected, urging other representatives to put themselves in the shoes of the legislators from St. Louis city and St. Louis County.

“I want to talk about you. I want to talk about your town, your county and your cities. I want you to imagine that an oligarch within your population decided ‘I don’t like your form of government so I think I’ll throw maybe $25 million at it and I’ll form a committee of people you don’t really know but they’re supposedly experts,’” said Murphy, referencing Better Together supporter and billionaire megadonor Rex Sinquefield. “So they’re gonna come up with a plan. And this plan is simple. We’re gonna dissolve your form of government and in place of that government I’m going to name a mayor or a czar that at least half of your citizens have never voted for. And I’m gonna declare him the czar for the next four to six years until there’s an election.”

Similar efforts to make sure a merger is only approved by local voters have been made in the Senate. Senate Joint Resolution 22, sponsored by Sen. Jamilah Nasheed, D-St. Louis, would provide that “if any amendment to the Missouri Constitution directly modifies the form of government of one or more counties, cities, or towns then such amendment shall only go into effect if a majority of the voters in each affected county, city, or town vote in favor of the amendment.”

South County Sen. Andrew Koenig, R-Manchester, whose district covers Sunset Hills, said that he was in favor of Nasheed’s proposal in an interview with The Call in April.

Koenig said that he is against the merger because it would bring in “all the problems of the city into the county” and that he plans to vote for Nasheed’s resolution if it makes it that far. So far no action has been taken on SJR 22 since early April.