Darkness in new Korn album not on tour 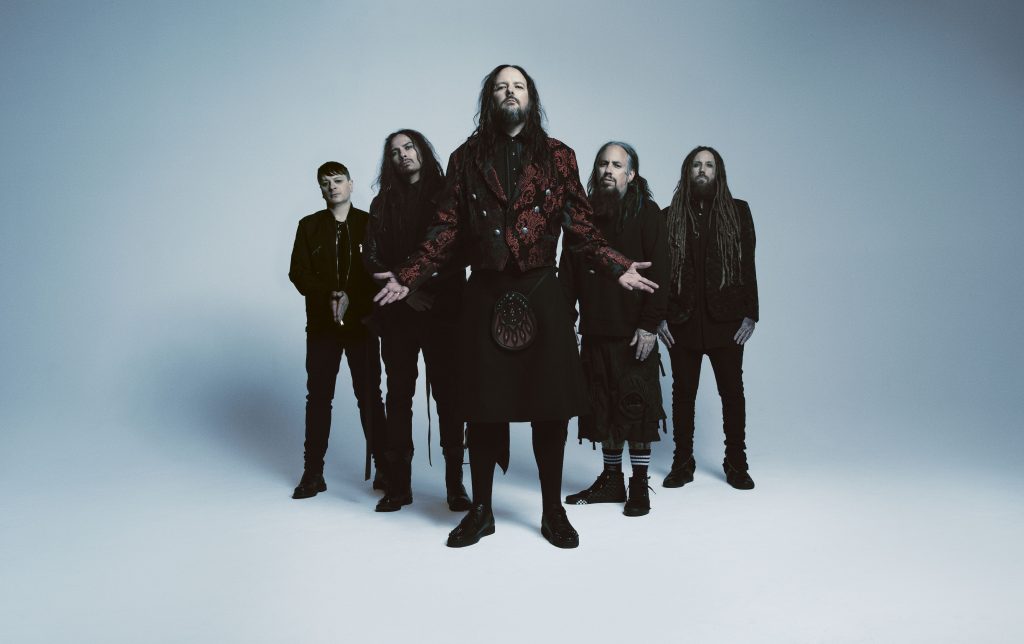 Above photo by Brian Ziff.

Korn will perform at 6 p.m. Friday, Aug. 23 with Alice in Chains at the Hollywood Casino Amphitheatre, 14141 Riverport Drive. Tickets start at $29.99.

Korn bassist Reginald “Fieldy” Arvizu says fans are in for a show unlike anything the band has done before on its current run with Alice in Chains.

The stage’s technology is “mind blowing,” Fieldy said in an early August phone interview. “… When I saw it, I had chills. I was like this is the next level, something I’ve never seen in my whole life. It’s bigger than life. It’s so massive that I can’t even wrap my head around it… But it’s pretty cool and probably one of my favorite Korn stages we’ve ever brought out.”

Another thing that’s impressing Fieldy is “The Nothing,” the new Korn album that will be released Sept. 13. Just don’t expect the group to provide much of a preview of the new album in its current show.

“The set list is pretty much all of the Korn favorites. We’re only doing one off of ‘The Nothing,’ the single (“You’ll Never Find Me”) that’s out to radio,” Fieldy said. “The new Korn album is a little too new to be playing a whole lot of it. So we’re just doing one song off of it right now.”

“The Nothing” is Korn’s 13th album and like pretty much every Korn album, the project began with the four instrumentalists in the band – Fieldy, guitarists James “Munky” Shaffer and Brian “Head” Welch and drummer Ray Luzier – getting together with a producer – this time Nick Raskulinecz – to write music. Davis then adds lyrics and vocal melodies.

This time around, Davis was touring behind his first solo album, “Black Labyrinth,” while his bandmates wrote music for what eventually became “The Nothing.” But the album became especially personal for Davis Aug. 18, 2018, when his wife, Deven, died from an accidental drug overdose after battling mental illness and addictions for a decade-plus.

Though the couple was estranged at the time, Davis posted a statement following Deven’s death that clearly showed his love for his late wife. Not surprisingly, Deven’s death became the inspiration for the lyrics Davis started working on for “The Nothing.” But the writing wasn’t a quick and easy process for Davis.

In interviews, Davis has said he worked with a few outside collaborators, but the suggestions they offered didn’t suit him. He eventually locked himself in his studio and followed his own instincts in completing the songs – committing to whatever time it took to get the results he wanted.

That may sound dramatic, but Fieldy said it seemed like business as usual.

“That’s every album,” Fieldy said. “He’ll work a little bit with somebody and maybe bring someone else in or maybe do some on his own. It all depends on his mood.”

This approach to album making has, obviously, worked very well for Korn.

Formed in Bakersfield, California, the group quickly made an impact with its million-selling 1994 self-titled debut album.

Things only accelerated from there with 1996’s double-platinum “Life Is Peachy,” the blockbuster 1998 release “Follow the Leader” with 10 million copies sold worldwide and the triple-platinum 1999 album “Issues.” By that time, Korn was established as the leader of the so-called nu metal genre – a label the band never liked.

The group has soldiered on since then, maintaining major popularity, overcoming the departure of Welch from 2005 to 2013, and the recent albums, “The Paradigm Shift” (2013) and “The Serenity of Suffering” (2016) have been well received.

Given the circumstances in Davis’ life that preceded the making of “The Nothing,” it’s no surprise that the vocalist has described the new album as being very dark.

Fieldy, though, sees another side to the new songs.

“I see victory, I see overcoming, pressing on and not giving up,” Fieldy said. “That’s what I see him going through. It’s some of the most difficult times of his life, but that’s what I see through it.”

Fieldy said Davis’ vocals on “The Nothing” set this latest effort apart from Korn’s other albums.

“I’ve never heard his voice in such a sweet spot and how the creativity and the level that’s coming out of him is right now, for me, first thing if I was just a fan, it’s top notch,” Fieldy said. “That’s the most exciting thing for me is when the singer of a band gets to that place.”