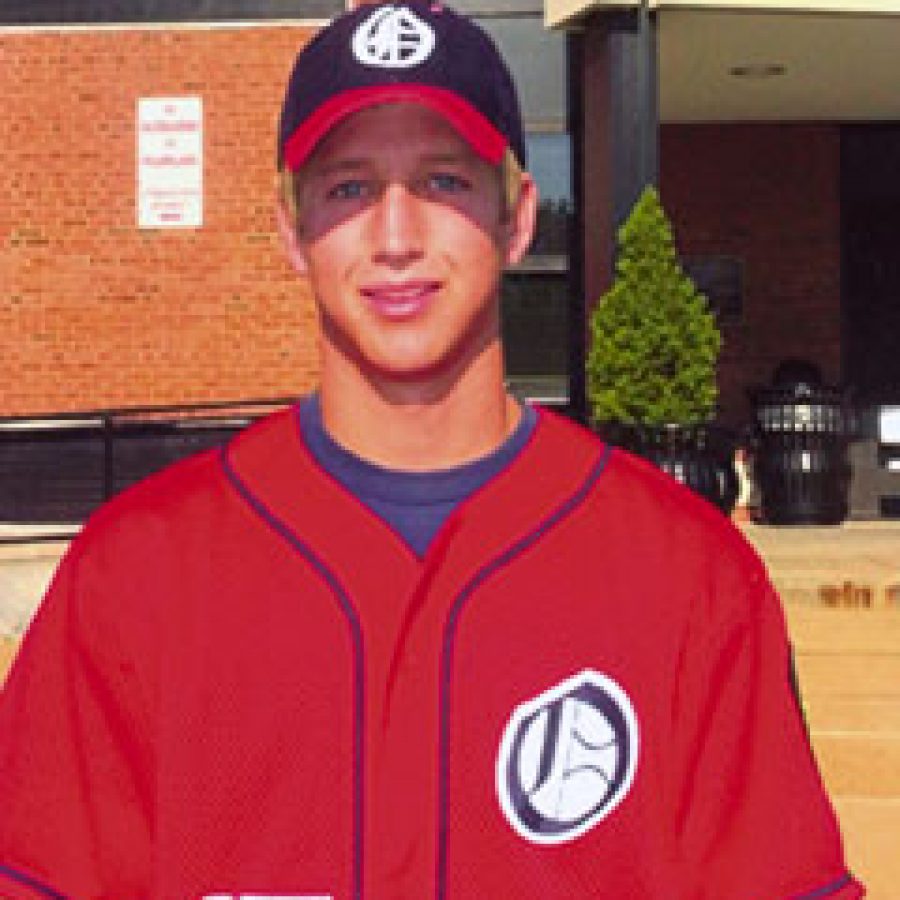 No matter how hard you want to affix a label to him, it’s tough to state just what position Greg Dambach plays.

Is he a catcher, a center fielder or a right fielder?

Dambach entered the 2004 Oakville American Legion season as an outfielder, but was quickly moved to Oakville’s starting catcher slot after starter Casey Jones injured his hand.

“Greg came in as one of our five outfielders and we figured that he would see a lot of playing time,” Oakville head coach Mike Wilhelm told the Call.

“We forced him to catcher after Casey Jones went down with a hurt hand.”

One of the things that impressed Wilhelm the most was the way Dambach carried himself throughout the season as he batted a stout .353 with 25 runs batted in and a team leading 11 stolen bases.

“Greg carried himself extremely well from the beginning,” Wilhelm said.

“Other coaches in the league were complimenting me on how well he was doing.”

Yet Greg’s success on the diamond isn’t just handed to him by the baseball gods.

Dambach is known by the Oakville coaching staff for his work ethic during practice and in the off-season.

“The kid is unbelievable in terms of his work ethic,” Wilhelm said.

“His ability to swing the bat is unbelievable. His arm is very good and accurate in the field and on the plate. He really handled the jump to varsity better than anyone.”

Dambach got his taste of baseball in the YMCA’s T-ball league around the age of 6. He then moved to the Affton Athletic Association as an 8-year-old.

“I think I started playing when I could walk,” Dambach joked.

“I come from a big baseball family and catcher has probably been my best position.

“So it really wasn’t a big deal at all to move from the outfield to catcher because I’ve done it for a long time.”

Yet the three-sport athlete is looking forward to not playing soccer and basketball during his junior year and plans to concentrate on baseball.

“Right now I’m going to play more baseball and do some conditioning on my own,” Dambach said.