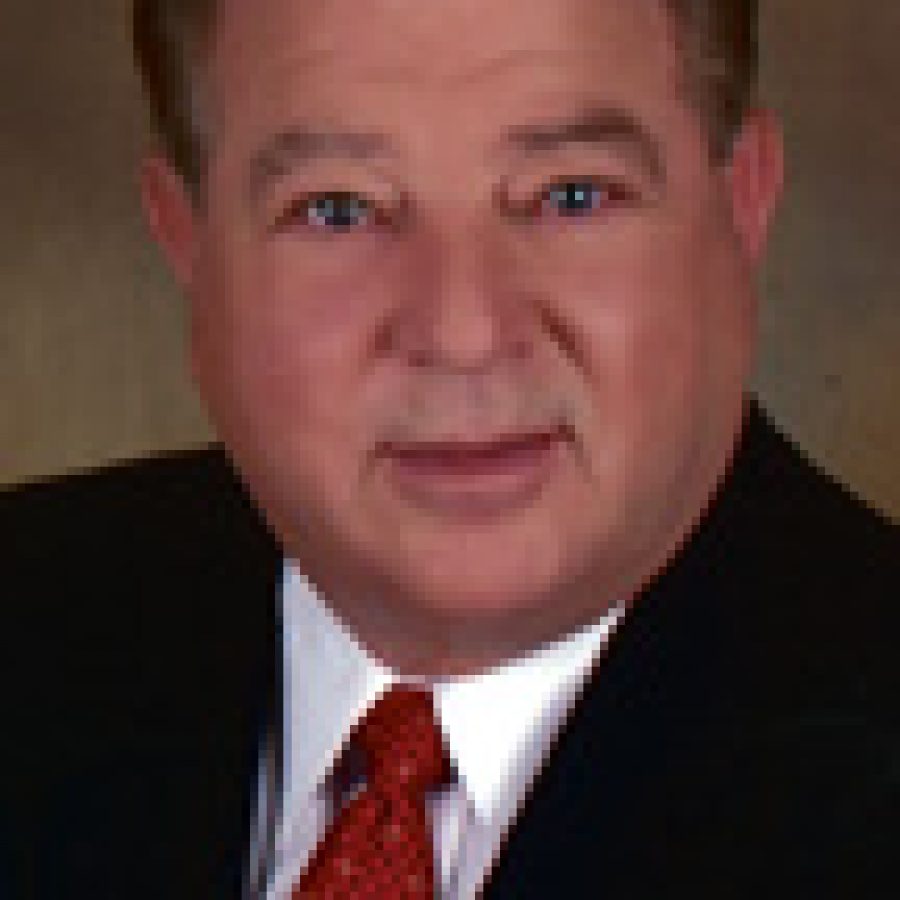 Looking ahead to a second term unopposed until 2011, Crestwood Mayor Roy Robinson is optimistic that the city will regain some of the stature it once enjoyed.

But to accomplish those goals, including reviving the Westfield Shoppingtown Crestwood property, aldermen also must be on board.

That is why Robinson, in an exclusive interview with the Call, is encouraging board members to communicate more with him on their goals for the city.

“If they’ve got a question, they can come to me to see where I stand,” Robinson said. “Very few of them do that. But if they want my support, that’s what politics is about.

“You learn to say: ‘I’d like to see this.’ Find out where I’m coming from and try to convince me to go along with it. If a little bit of that happens, it works out for everybody’s benefit. I never know where people are on the board, personally, because I don’t talk to them. Not because I don’t want to, but because they’re busy people and they don’t bother to ask me anything.

“… I’m just saying it would just be nice to be able to work and understand where they’re coming from on some things they’d like to see happen. I’m not saying it’ll always work out for them. Everything doesn’t always work out for any of us. But it’s where you’re getting their ideas and where they’re coming from. It’s important.”

While Robinson is encouraging more communication from aldermen, he also is quick to note that the composition of the Board of Aldermen has changed, in his opinion, for the better since he first was elected mayor in 2005.

“In the beginning in my first year in office, the board was sort of the old board,” Robinson said. “I think they underestimated me. I believe in some of their hearts they didn’t like me because they lost an election. But I’ll have to say this about the old board. The old board may not like me, but they did what they had to do. I didn’t always agree with some of the board members. But I think really the hearts were for doing the right thing for the city of Crestwood. Some of them went a little extreme, and we argued about it. But I think anybody that serves an almost volunteer situation like you do in this city, you are there to do what’s best for the community.

“And we wouldn’t be a democracy if we didn’t have differences of how we accomplish that.”

Robinson characterizes his relationship with the current Board of Aldermen as “different” from his time with the 2005 board, which has only Ward 3 Alderman Jerry Miguel still serving today.

While he still is adamantly in favor of aldermanic term limits as a way to bring “new blood” to city government, Robinson said some aldermen’s lack of experience has at times been a challenge.

“But all of us have a right to our opinion. The difference between the old board and the newer board is all are trying to do what’s best for the community.

Robinson wishes some aldermen would be more of a liaison to residents in their ward than an “investigator” of city affairs.

“I jumped on them the other night,” Robinson said. “My thing is an alderman’s job is to first of all be a representative for his constituency to notify the city of what their concerns are … But we have some who don’t know what their job is. And I don’t mean that disrespectfully. But they think they need to nitpick and investigate.”

“After the board’s made a decision on the budget and the city administrator is trying to fill his slots, to keep on bringing up things that’s already been settled is disturbing,” Robinson said. “It’s like the other night with Jerry … Alderman Miguel … Jerry, he’s a good friend. Jerry and I, even after we battle, we still talk.

“But he frustrates me sometimes and I think he does some of the members of the board. You’ve got to learn one thing. If you lose the battle by the votes of the board, just say that’s won … To keep bringing it up and taking up time, our meetings are too long anyway. But to bring that up and try to debate something that’s already been determined not only frustrates me, and I don’t want to keep him from being able to represent his people, but the other aldermen get mad at me because you allow him to go on so long. And the people in the audience seem to be bored, too. And so it’s a happy medium.”

If anything, Robinson said he would like aldermen to act more as a voice of the people than as an “investigator” of city business.

“Sometimes I think they need to understand you’re not an investigator,” Robinson said. “You’re just a liaison between your people. You don’t have any authority by yourself. I have aldermen call me up and want to set up a meeting telling me something. I’m the one that makes the decision on when we have a special meeting. If there’s three of them, they can ask for a meeting. But if they’re going to make any decision, it takes five of them. OK? So you’ve got to realize if you don’t have the five, you’re not going to get what you want. And some of this stuff is so extreme that you’re not going to get the five.

“And if you’re going to go against me, you’re going to need six. So it’s just a matter of figuring that out. And you’ve accomplished nothing … This is a learning process. I’m not being critical of anybody. I’m just saying you’ve got to learn what your job is. And as one alderman, you’ve got to realize you don’t tell anybody what to do. It’s when we get a consensus of the board.”

If the city does have a matter worth investigating, Robinson is confident that he would be aware of the situation and would inform the Board of Aldermen.

“To me, there’s so much corruption and things go in governance, even in small cities, you just don’t want to be part of anything like that,” Robinson said. “It’s bad enough to be considered a crook no matter what you’ve been in life.

“You could be Jesus and you swear in to be the mayor of Crestwood and you’re automatically a crook. I don’t like that perception. However, you ask for politics and that’s what you get.”