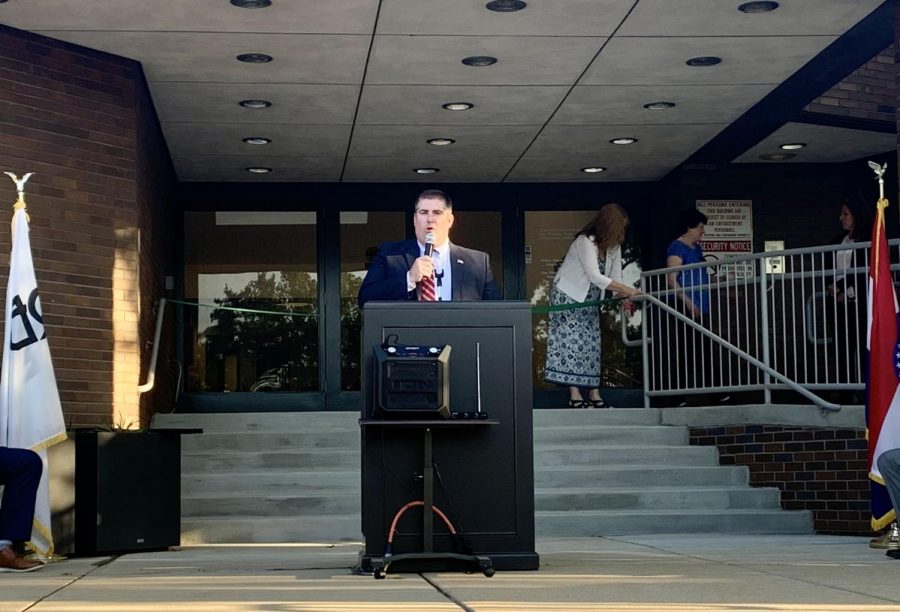 After over a year of being closed for restorations, Crestwood rededicated its newly renovated and upgraded city hall last week.

In August 2019, Crestwood City Hall was filled with over a foot of water as the result of a Missouri American Water main break, causing several hundred thousands of dollars worth of damage. The city decided to use the opportunity to renovate city hall while repairing the flood damage, amounting to more than $1 million in renovations and improvements to the building.

On Aug. 24 of this year, Mayor Grant Mabie and the Board of Aldermen unveiled the changes since rebuilding began in a special rededication ceremony.

Upgrades include the entire basement area, which is now more modern and has a new workout room for city staff to use, a new Americans with Disabilities Act-complaint ramp outside of the building to make it more accessible, elimination of skylights on the roof of the lobby, a new police locker room, a new mother’s room and technological improvements in the aldermanic chambers.

Mabie said more changes will be finished and announced in the coming months.

The previous city hall building was dedicated in 1973 and was outdated all-around.

The mayor thanked the city’s insurers for handling the massive claim from the water main break and the city attorney, Lisa Stump, for fighting for each dollar.

“I want to thank our city attorney for her resolution in making sure our insurance companies provided us with every dollar we were entitled to and for all the ones in the gray area that were borderline,” Mabie said.