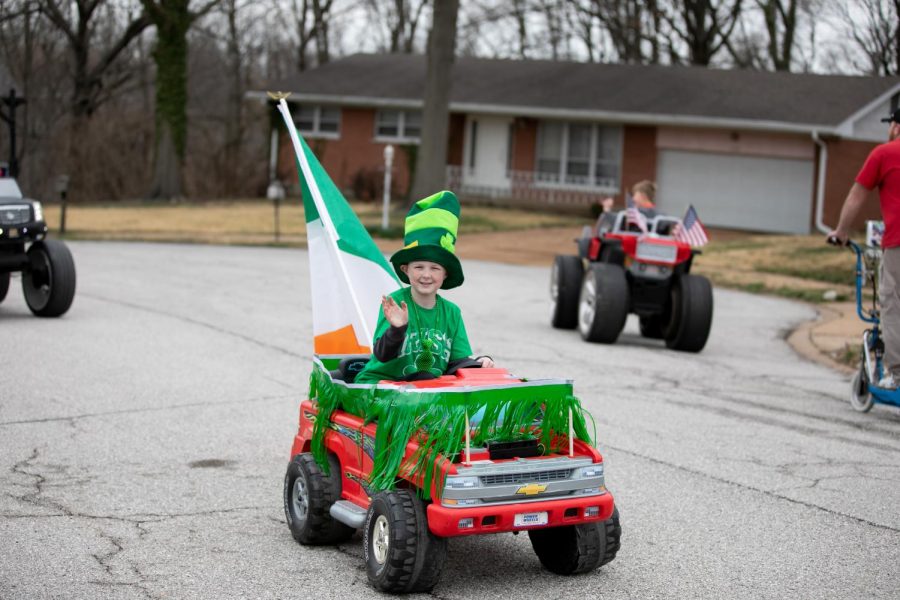 The Stanzes' son Ben drove his toy electric pickup truck with a green grass skirt around the bed and a big Irish flag angled up off the tailgate, topping off his entry with a furry green stovepipe hat.

Steve and Ashley Stanze, who moved to Cherry Brook about a year ago with their three sons, organized the parade Saturday, March 13.

The three-block parade featured 10 motorized entries and some walking entries.

“With parades being canceled twice now, our kids have been pretty disappointed. We thought it would be fun to hold a street parade on Cherry Brook,” said Steve Stanze.

The crowd was purposefully kept small to facilitate social distancing, with neighbors lining the streets along the route. One of the participants was former City Administrator Mark Sime, who lives in the neighborhood.