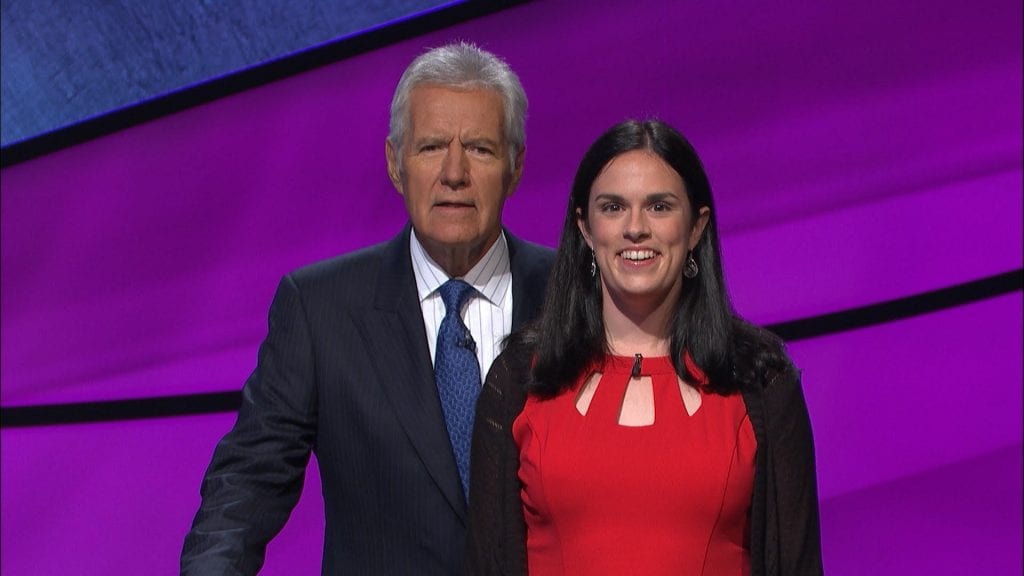 A south county resident will appear on the game show “Jeopardy!” today.

It is not yet public whether Buckley won, or how much she might have won on the game show. Crestwood Ward 1 Alderman Richard Breeding mentioned the appearance at the Board of Aldermen meeting Tuesday night.

“If you haven’t seen on Facebook or read it somewhere, a resident of Ward 1 will be on ‘Jeopardy!’ tomorrow at 4:30, Mary Grace Buckley,” Breeding said during his aldermanic report. “Don’t know results yet, so you’ll have to tune in tomorrow … So that’s exciting for her.”

When Buckley’s mom encouraged her to take the online “Jeopardy!” test in January 2016, she never imagined that 18 months later she would be standing on a TV set in Los Angeles actually answering questions from Alex Trebek, according to a Lindbergh Schools news release. But that once-in-a-lifetime trivia experience became a reality for Buckley in August when she participated in the episode of “Jeopardy!” that airs today.

Buckley has always been a trivia buff, especially when it comes to history, entertainment and literature, according to the release. After she received her master’s degree in creative writing from the University of Missouri-St. Louis in 2016, Buckley began writing her own young adult novel at the Vermont Studio Center international artists’ and writers’ residency program.

So how does she know the answer to nearly every question that pops up on the “Jeopardy!” board?

Buckley also said she used a trivia website called Sporcle.com to strengthen her knowledge of geography and science. In January 2016, Buckley took an online test to be eligible for the show, and about six months later she received an invitation to audition in person in Oklahoma City. She learned this summer she had been selected to film an episode on Aug. 8 in Los Angeles.

Appearing on “Jeopardy!” is not a new experience for Buckley’s family. She is the third of 39 grandchildren to compete on the game show, making her grandmother the most proud “Jeopardy!” fan in the country. Buckley’s cousins, Jim and Louis Virtel, appeared on the show in 2012 and 2015, respectively. Louis Virtel’s “Jeopardy snap” during his show went viral on YouTube and even became a popular meme.

“I’m not allowed to talk about my episode at all until after it airs,” she said. “But I don’t think I’m going to become a meme.”

Buckley’s tip for future contestants is simple: Make sure you buzz in at the right time.

“I had to learn that buzzing in is a lot more difficult than it looks — especially for me,” she said. “I’m a speed reader, but I had to train myself to listen for the last word of the answer, because if you buzz in too quickly, it locks you out and somebody else gets to answer first.”

The thing Buckley says she enjoyed most about her game show experience was meeting her fellow contestants and supporting one another during the friendly competition.

“This was an extremely exciting and emotional roller coaster,” she said. “Everyone was rooting for one another, and that is something I don’t think you see on that many game shows. We were all just so excited and tickled to be there.”