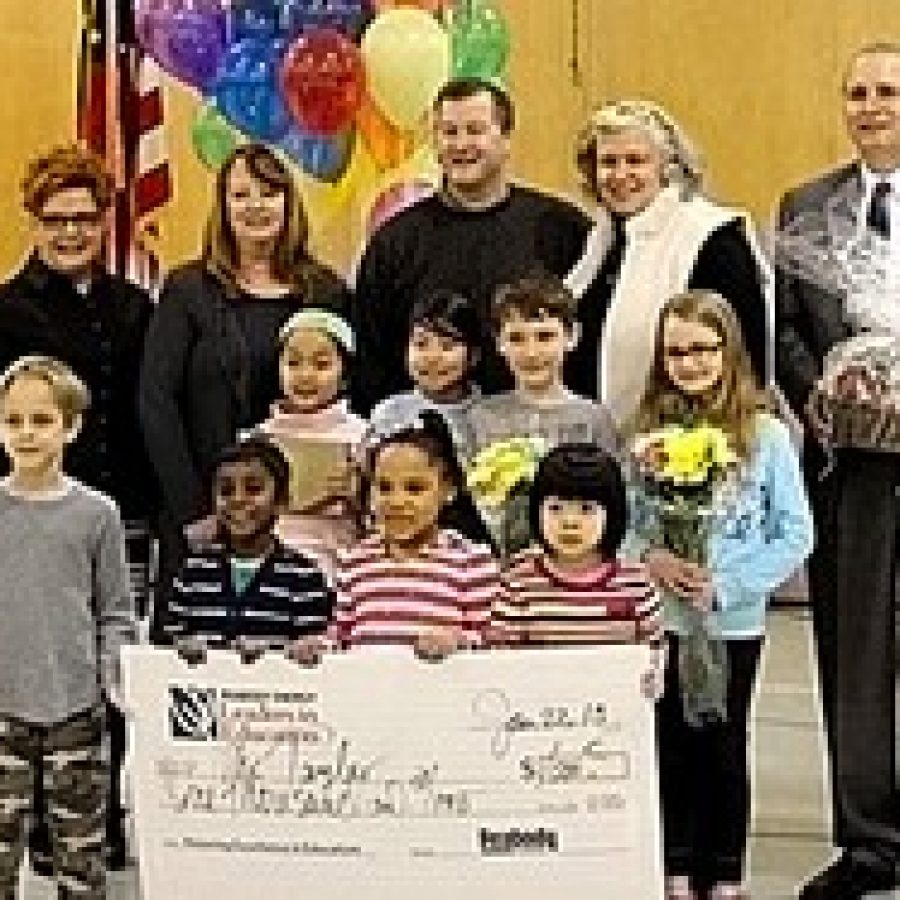 Scott Taylor of Crestwood Elementary School was named a Peabody Energy Leader in Education for the 2012-2013 school year and awarded $1,000 for his compassion and commitment to students.

As principal, Taylor is an enthusiastic educator who is passionate about improving education, according to a news release. He sets the bar high for students and has led his school to achieve great success, the release stated. Through his leadership, Crestwood Elementary was named a 2011 National School of Character and a National Blue Ribbon School, the only school in the nation to receive both awards last year. Taylor’s school is also the only school in Missouri to be named a 2009 and 2011 Missouri Gold Star School.

“Scott Taylor is an outstanding principal,” Lindbergh Superintendent Jim Simpson stated in the release. “He has led Crestwood Elementary into being a top-10 academic school in the state year after year. He knows each and every student in his school. Scott is a gifted leader and we are proud he has been recognized with this award.”

“Scott Taylor is a true leader in education and dedicated to his students’ success,” Vic Svec, senior vice president of investor relations and corporate communications for Peabody Energy, stated in the release. “Peabody created the Leaders in Education program to give outstanding educators like Scott the recognition they deserve.”

The Peabody Energy Leaders in Education program rewards dedicated education professionals —from teachers and coaches to librarians and counselors — who inspire and motivate youth to succeed. Award recipients are selected throughout the school year by a committee of top educators and business leaders.