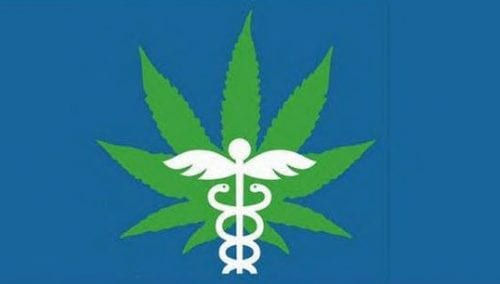 The state began accepting applications for medical marijuana businesses this year after voters approved legalizing it last year, and Crestwood is ready in case one wants to come to town.

The Crestwood Board of Aldermen voted in March to approve an ordinance that would add a section on medical marijuana to the city’s code, after Amendment 2 was passed by nearly two-thirds of Missouri voters in November.

In a memo to the board and City Administrator Kris Simpson, then-City Planner Adam Jones said that any new facility involved in the production, sale or cultivation of medical marijuana would be required to apply for a conditional-use permit in areas zoned for C-1 commercial, PD-C planned development, M-1industrial and PD-M.

Under the legislation, medical marijuana facilities would not be allowed within 1,000 feet of any comparable business and would be prohibited within 1,000 feet of any school, child daycare center or church. City staff also recommended dispensaries have limited operating hours from 8 a.m. to 9 p.m. and that other types of the facilities will be closed to the public between 7 p.m. and 7 a.m.

At the March 6 Planning and Zoning Commission meeting, the commission unanimously recommended approval 7-0.

At the board meeting, Simpson pointed out that it was worth noting that since Amendment 2 was a constitutional amendment, municipalities could not make it “unduly burdensome” or prohibit any kind of medical marijuana facility from seeking to locate inside city limits.

“From a practical matter, medical marijuana cultivation facilities and dispensary facilities would most likely occur along Watson Road or the Watson Industrial Park,” said Kennedy, who pointed out that Queen of the Holy Rose Academy and Prince of Peace Lutheran Church were along Watson Road and could impact proposed locations. “Are there any issues going from 1,000 foot to 500 feet?”

Jones said that shrinking the radius should not present any problems.

A motion by Kennedy to amend the ordinance to a 500-foot buffer zone instead of 1,000 feet passed unanimously

“We’ve met with several different groups that are exploring sites… The groups by and large have been very professional. There’s a strong desire to show that this was a good decision for the state by voters,” said Simpson during discussion. “They want to be responsible, and I think very much they want to emulate the model of the pharmacy. They think of themselves as a true medical facility than I think what most people would ordinarily think of when they think of a marijuana dispensary.”

Little other discussion was held on the ordinance. No members of the public testified for or against it, and it was passed unanimously by the board.

Amendment 2 went into effect Dec. 3, and applicants were able to prefile an application fee with the Department of Health and Senior Services starting Jan. 5. In August, the department will begin accepting applications for dispensaries and cultivation facilities, and licenses will be issued starting Dec. 31.

Under the amendment approved by voters, marijuana purchases will be taxed at 4 percent statewide, with the revenue funding state veterans’ services. Currently the law is not clear regarding additional local taxation on top of the 4 percent, so it is possible that Crestwood may receive no additional sales-tax revenue. However, if the city is able to add its usual 2.5 percent assessment, Crestwood could collect $75,000 to $130,000 annually in net aggregate taxes and fees.