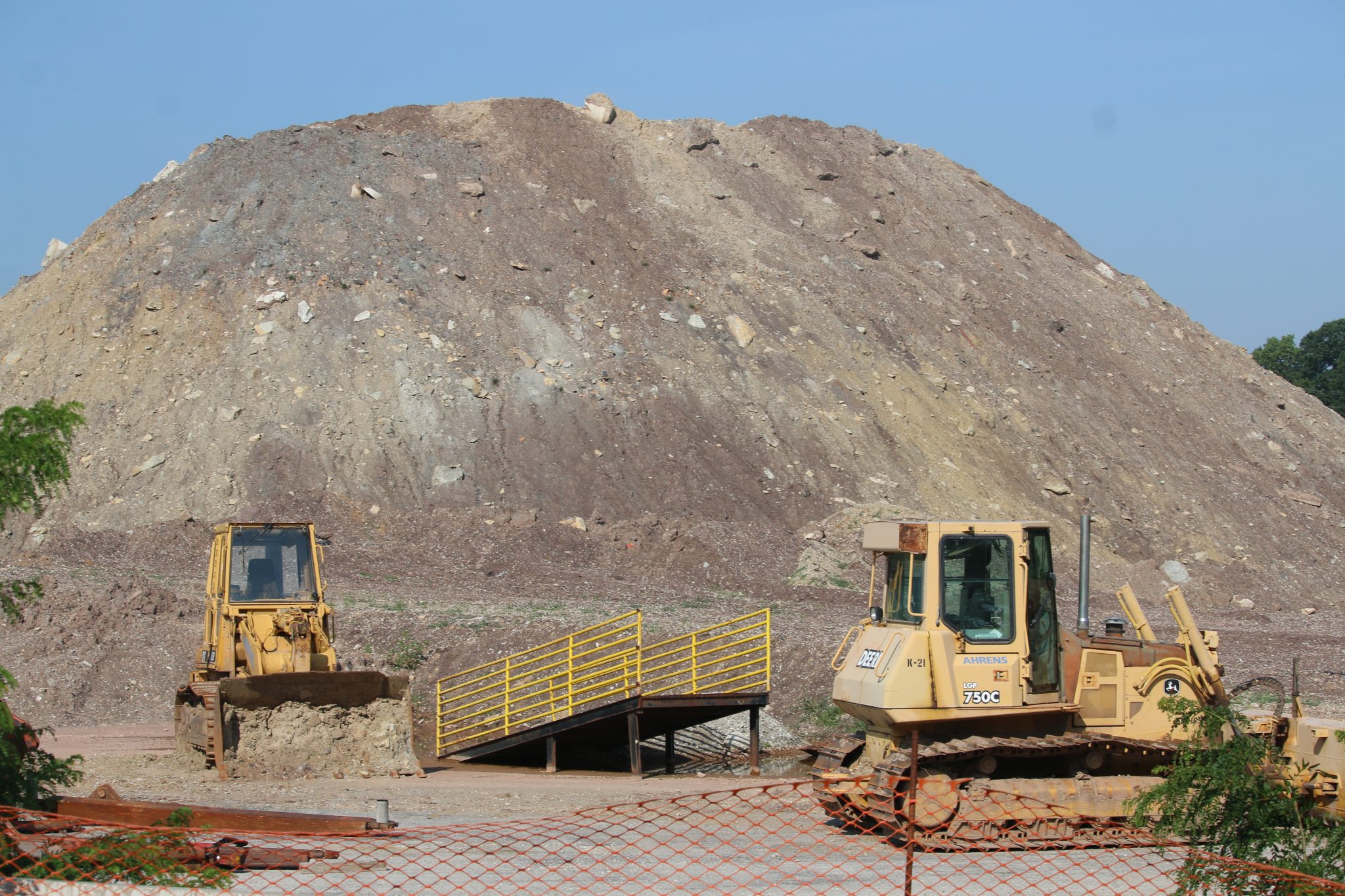 Pictured above: ‘Mount Crestwood’ as seen in June 2018. Photo by Jessica Belle Kramer.

The redevelopment for Crestwood Plaza mall is still at a stalemate, but Crestwood officials expect the developer to start removing the many mounds of dirt at the site starting next week at the latest.

The dirt at the former mall should begin to be leveled next week, City Administrator Kris Simpson announced at the July 24 Board of Aldermen meeting. Chicago-based UrbanStreet Group, the developer that’s responsible for the proposed $100 million redevelopment at Watson and Sappington roads, has made little progress so far leveling what’s known as “Mount Crestwood,” the many mounds left behind after the mall demolition.

UrbanStreet is looking to level the mounds after the city started citing the company when its permit ran out this month.

“I wish at this point we had more definitive news to give on the grading of the dirt stockpiles,” Simpson said. “We are very, very close however, and I would hope in the next week at the latest we are able to announce that there’s been an improved grading permit to level the dirt mountains.”

The proposed plan would make the dirt no higher than Watson Road, and prairie seed must be installed on top to control erosion and improve the visual appearance of the leveled dirt. The grading is a “temporary plan to help reduce the eyesore,” Simpson said. UrbanStreet’s grading permit expired last week, however, and don’t have a new permit at this time.

“Despite us trying to work with them over many months trying to get this done, we have begun citing them since they are technically in violation,” Simpson said.

UrbanStreet also received help from the city dealing with maintenance issues like the tall grass and weeds around the property and safety fences. The city has cited them for failing to maintain the property.

Martha Duchild, a resident of Crestwood, brought up concerns about the safety fences surrounding the former Crestwood Plaza mall at the July meeting.

“There’s ivy growing all over (the fences), so it’s being pulled down,” Duchild said. “So there’s some areas where there’s virtually no fencing at all, and I don’t know if they’re being cited for that, but that’s definitely a safety issue.”

UrbanStreet Group has a permit through July that allows temporary storage of dirt. Crestwood granted UrbanStreet tax incentives including tax-increment financing, or TIF, for a $104 million mixed-use development, but with the project stalled, the city has not yet paid out incentives to the developer. The proposed development project is set to include apartments, a grocery store, restaurants and an office building.

The property has been a concern for aldermen as well as many residents. Ward 4 Alderman Ismaine Ayouaz and returning Ward 3 Alderman Grant Mabie heard concerns from residents while canvassing for election in May.

“People were anxious, if I can use that word, to see something moving forward. They are tired of that pile of dirt sitting there,” Ayouaz said.